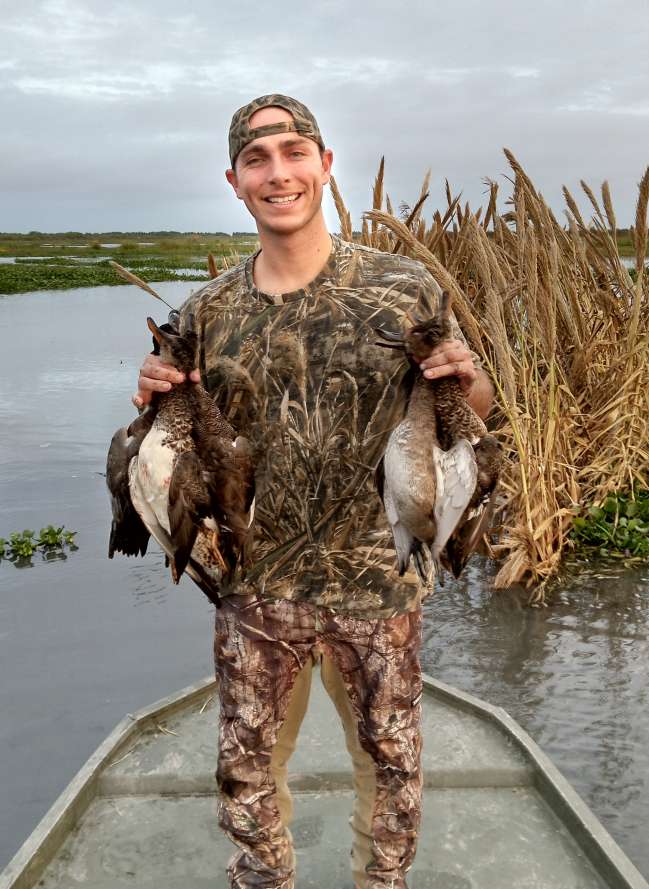 My son was in the Marine Corps for four years and was eligible for the early special duck hunting weekend for youth and military people only in Louisiana the weekend before the regular season that starts November 12. In the four man duck blind Saturday was my son, me and two of my good friends with nothing else to do. Conditions were a little warm but there was a nice breeze blowing with overcast skies that made for a good duck hunt.

Right after legal shooting time three Gadwall come from left to right, easy shot and my son shoots three times and doesn't knock a duck down. With his audience on hand the pressure is on now. Just a few minutes pass and five Gadwall come from right to left and he knocked two down with three shots. Few minutes later solo Gadwall goes down. Few more minutes four Ringed-necks come and he got two of them with three shots. Few more minutes he shot one more Gadwall to finish the hunt with four Gadwall and two Ringed-necks. It was over in 20 minutes he did some good shooting once he righted the ship after a rough start. Lots of fun.

Great start to our big duck season. It sure helps when you have ducks in the area like we do now. We did the work part building duck blinds and putting good cover on them so we were ready to go. Hopefully the ducks stay around for the whole season.
Reply

GADWALL
Awesome! Thanks for your service.
Reply

Mandevillian
Great hunt and thanks to your son for his service.Some folks may not realize this but the Bayou Sauvage area allows Youth hunts and the Youth can have an adult who is also allowed to hunt!!Adults not allowed to hunt solo but CAN have a Youth hunting with them!!