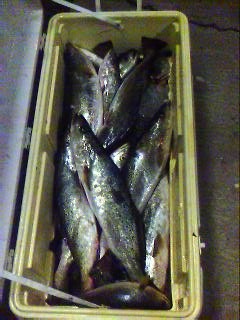 Hey, guys, anyone have any FIRST HAND experience with and can recommend any good depthfinders? Looking to buy a combo GPS/Sonar, color, large display (6"?) for my 21' bay boat, thru hull transducer or not?

Specifically, looking for advice from someone who has used the Sonar to find and catch fish, not just using it for finding contours and ledges, etc.

Thanks in advance!
Pics from Friday, Rigolets Area
Reply

BUDFISH
One word
For gps....
GARMIN!!!
Get the most expensive one you can afford.
Get color screen.
One that takes sd cards.
Buy the extra mapping program for the gps and install it on your computer.
Many people buy a cheap unit at first but then wind up upgrading later. Don't waste the extra money, get the better one the first time.

As for the depth finder, I don't know much about them so I can not help you.
Reply

escout
Depthfinder/gps
I've used Lowrance LMS 160 and Humminbird 797 SI, and for saltwater, for finding fish, I believe one of the newer color Lowrance combos would be the best. I'd shoot the transducer through the hull if at all possible, it minimizes the effects of waves and turbulence on the signal.

The Humminbird is really great for locating bottom structure, and might be good for big fish around rigs, but so far it hasn't helped locating fish in saltwater bays. It had helped me find deep water structure much better than standard depthfinder, but fish are hard to interpret on it, and the bright sunlight performance of the sideimaging screen is not the greatest. I think that it will evolve into the best one after a few years of improvements, but right now I'd go with the Lowrance. I have seen fish on both units and caught them, so it's a matter of learning to tune it properly for the conditions and learning to interpret what you are seeing. The color screen is much easier to see with my aging eyes.

Neither unit tells you what kind of fish you are looking at, so that's another thing you have to interpret by how they are schooled up. You can throw a jig or a spoon overboard and watch it come up if you put it under the transducer's cone of signal.

fishon
Lowrance
I HAVE A LOWRANCE COLOR COMBO UNIT WITH 6 INCH SCREEN INSTALLED IN A 22FT BLAZER BAY.THE NAUTIC PATH CHIP IS INSTALLED AND IT DOES EVERYTHING I NEED AND MORE.THE UNIT IS EASY TO USE AND EASY TO READ EVEN IN SPLIT SCREEN.
Reply

Wishin I Was Fishin
Thanks
I checked out a Garmin 498 today at Sea-Trac, looks good, anyone got any experience with those?
Reply

Southshore Marine Services LLC
Garmin
I would look at the Garmin 545s or 540s. Both are combo units and the same size. The only difference is the 545s has a brighter clearer screen. The 498 units are good but discontinued. They are good units in my opinion and with the price being under 500 bucks, even better. As for Lowrance.... Plan on shipping it back alot. These units have given me nothing but headaches with the antenna module not responding and software problems. Brand new units that have antennas that are just frying lef and right. Their sounders are great but gps, not for me. The Garmin has better detail with the topo software and also you get sat maps that are pretty detailed. Put a g2 vision card in it for more sat detail and autorouting and you have a heck of a machine. They also can do sat weather and radio.
Reply

Dockside Bait and Tackle
Nice Catch Bud
Those are some beauties, glad to see ya got um. When I worked at academy I found a steal for a GPS, Depth Finder combo, I can't remeber exactly what it was but it was 214$ which is a steal of a price, I don't know many depth finders that keep a good reading at fast speads but this one has a good picture for depth readings but the beauty part was the in detail GPS picture. No extra programming or chips it just neeped to be programmed with area you fish when installed then it named almost everybayou and bay-lake in the area I was very pleased by it. For the price it was unbeatable, there may be better ones out there but you will pay the price for them. for a reasonable price this one is great. Is your Dad Chris?
Reply

Yeh u right
Chas
Thanks man,

Yep that is my dad who actually posted. Those are from me and my buddy's fish from friday. I'm glad we finally got some too! lol. I saw your post about the trout ya'll got for the rodeo that weekend and they are HUGE. Congrats man that looked like one heck of a trip! We're trying to get some kind of gps/depthfinder to make it easier in locating spots to fish, rather than relying on the trolling motor depthfinder... I appreciate your advice on fishing techniques and the reports you post, it really does help others like us to catch some fish! And it's always great seeing the big ol' trout you catch.
Thanks for the advice on the depthfinder, I'm sure Chris will check it out later.
Daniel
Reply

Dockside Bait and Tackle
Where?
Did you guys catch them where your Dad and I talked about. It looks like the size of trout we usually catch their. That spot is almost and I say almost a garuntee at daylight if you have a falling tide, it hasn't been to good their this week due to incooming daybreak tides. We haven't done much this week it has been very tuff.
Reply