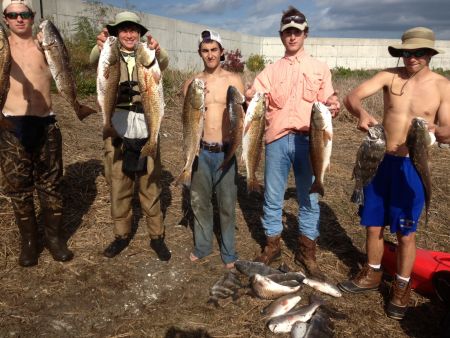 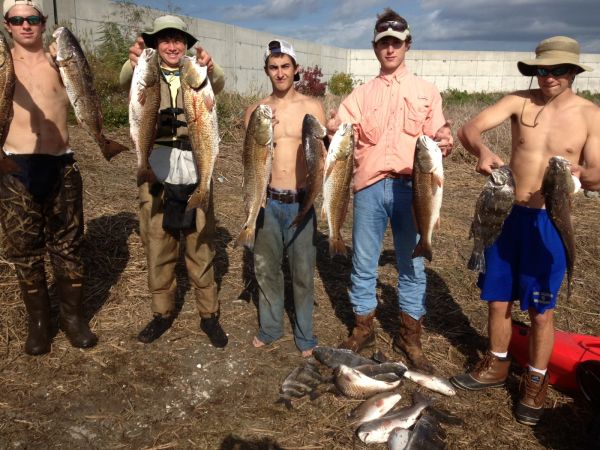 We decided to try out a new spot this past weekend out of Empire. We found a spot on the map that looked very promising; however, we had not heard of any reports from this area, which made us very skeptical. We didn't even know if there would be a place to launch. With none of our 5 man 'crew' sleeping more than 30 minutes and most with no sleep at all, we left at about four a.m. After a quick stop at my favorite breakfast joint, we finally arrived at the 'launch' just after day break. I caught two rat reds right off the bat, but after that it was considerably slow. At 10:00 we had about five reds as a group (all between 20 in. and 24 in.) Around this time we stumbled upon quite the honey hole. For about 10 minutes we were pulling them in as fast as we could bait the hook and cast it. At first it was mostly reds and then we started catching more drum. We moved to the other side of the cut and found another honey hole. Again we caught reds for a few minutes and then began to catch more drum. At this point, our ice chests were full and I couldn't fit anymore fish under my legs; in fact, my kayak was sitting about three or four inches lower in the water, which made the paddle back a struggle. Nevertheless, it was a struggle I was happy to deal with. We ended up with about 20 reds (from 19 in. to 28 in.), 12 drum, and a couple of sheep head. We gave a considerable amount of this to the folks fishing where we had launched. It was a great day of fishing, and hopefully we will have similar luck at this spot in the future. 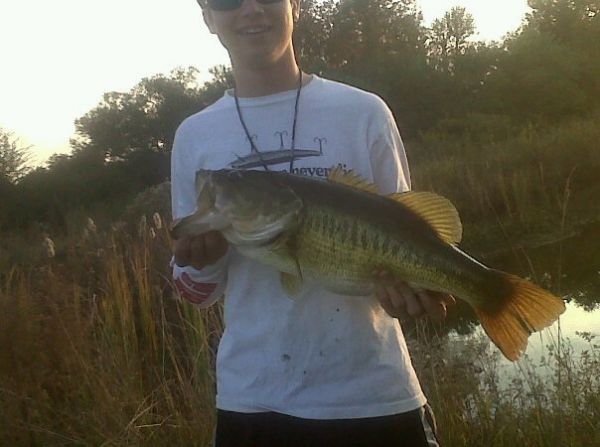 I caught this bass on the last cast, which I now have much faith in. She took my watermelon worm, and immediately knew I had hooked the fish of a lifetime. I nearly jumped in the water to land it. It was just under 10 pounds.

When the next trip?