What is going on at G&F in Raceland? It has been boarded up since the storm and there is no way to contact them. 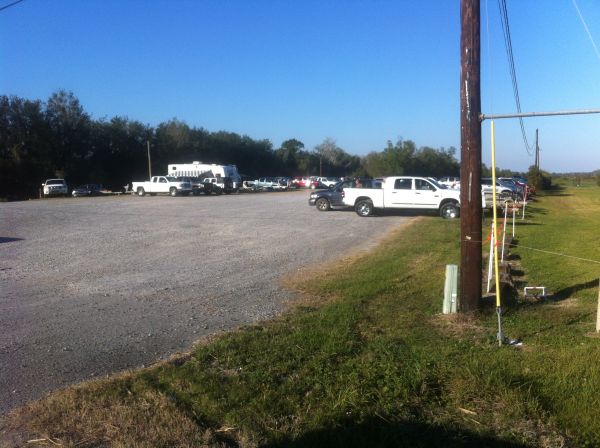 Theriot launch at 3:15 Friday afternoon. This is one of three launches in the area. Sure will be fun.

Let us know what you got!!!

The first year results are now in:
Australia-wide, homicides are up 3.2 percent Australia-wide, assaults are up 8.6 percent Australia-wide, armed robberies are up 44 percent (yes, 44 percent)! In the state of Victoria alone, homicides with firearms are now up 300 percent. Note that while the law-abiding citizens turned them in, the criminals did not, and criminals still possess their guns! It will never happen here? I bet the Aussies said that too! While figures over the previous 25 years showed a steady decrease in armed robbery with firearms, this has changed drastically upward in the past 12 months, since criminals now are guaranteed that their prey is unarmed. There has also been a dramatic increase in break-ins and assaults of the ELDERLY. Australian politicians are at a loss to explain how public safety has decreased, after such monumental effort and expense was expended in successfully ridding Australian society of guns. The Australian experience and the other historical facts above prove it. You won't see this data on the US evening news, or hear politicians disseminating this information. Guns in the hands of honest citizens save lives and property and, yes, gun-control laws adversely a affect only the law-abiding citizens. Take note my fellow Americans, before it's too late!

The next time someone talks in favor of gun control, please remind him of this history lesson.

During WW II...the Japanese decided not to invade America because they knew most Americans were ARMED! Note: Admiral Yamamoto who crafted the attack on Pearl Harbor had attended Harvard U 1919-1921 & was Naval Attache to the. U.S. 1925-28. Most of our Navy was destroyed at Pearl Harbor & our Army had been deprived of funding & was ill prepared to defend the country. It was reported that when asked why Japan did not follow up the Pearl Harbor attack with an invasion of the U.S. Mainland, his reply was that he had lived in the U.S. & knew that almost all households had guns. 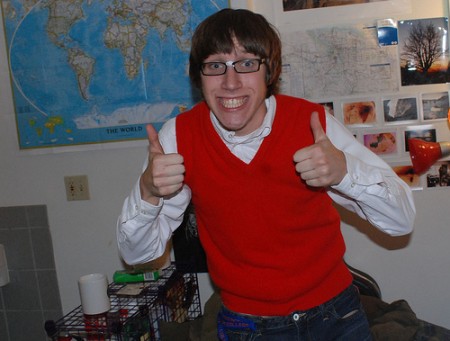 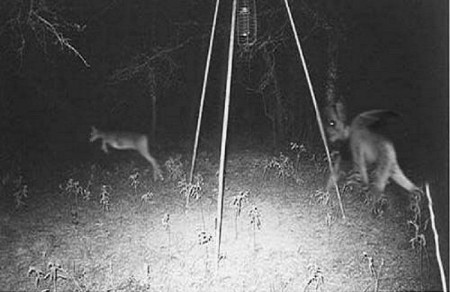 I sure don't want to meet up with this creature on a moonless night. 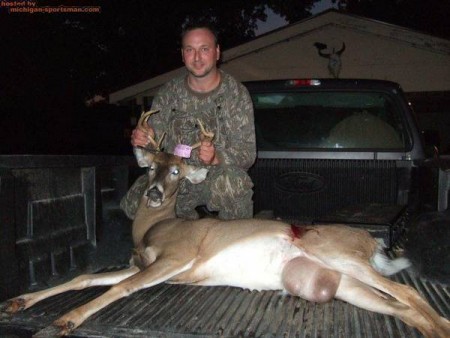 One night during the local deer hunting season a police officer was staking out a particularly rowdy country bar for possible DUI violations. At closing time, he saw a deer hunter tumble out of the bar, trip on the curb, then try his keys in five different cars before he found his. He sat in the front seat fumbling around with his keys for several minutes. All the other deer hunters left the bar and drove off. Finally he started his engine and began to pull away. The police officer was waiting for him. He stopped the driver, read him his rights and administered the Breathalyzer test. The results showed a reading of 0.00. The puzzle officer demanded to know how that could be. The deer hunter replied, "Tonight I'm the designated decoy." 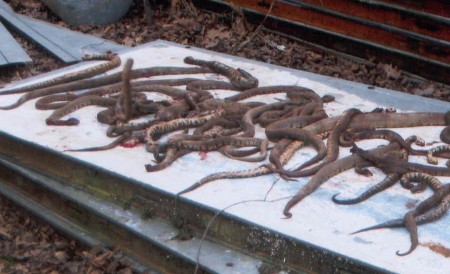 Sure would hate to step on one of these

I knew this guy was trolling about his post on the best opener ever in coastal zone. This post just confirms it

Greenhead1,
Sorry you had to go through that experience on one our state's WMA's. Everyone should respect one another out there. I agree 100% with UPI alumni that it is a 'people problem'. I've been building blinds in Point aux chenes since the 80's. Some mornings I get to my blind and it's empty and some mornings I just have to find another place to hunt. Hope you have a great season and don't let a few bad hunters stop you from hunting Point aux Chenes.

September 18, 2015 at 7:17pm
A comment titled: Female oldsquaw in response to a report titled: duck identification

Have you guys ever just rode around and looked at the number of blinds on that place. Blinds are every 300-400 yards apart. I have been there before where a whole bay didnt have a hunter in a blind. There are too many blinds to build another. Sounds like acres of public land is unusable to me and others.

My son has used one for the last few years and has killed 7 deer with it. Last year I tried it during the Mississippi primitive weapons hunt and dropped a doe at 150 yards. Excellent caliber for a youth gun because it has no kick at all.

The worst part is that he is the only one that got caught! Plenty deer slaughtering has been going on in that general area during the flooding.

December 19, 2009 at 4:47pm
A comment titled: Yeah its enough in response to a report titled: enough

Lets start talking about banning the robo-duck!!!!
Some people are IDIOTS.

December 13, 2006 at 10:38pm
A comment titled: Breaking news in response to a report titled: what a combination!

ESPN reports that ten Dallas fans broke their legs jumping off bandwagon. ESPN says this could be just the beginning.

Dax,
You must have tied that one up for him. Congratulations cuz, you finally got a wallhanger.

December 10, 2006 at 10:27am
A comment titled: That's photoshop in response to a report titled: Things that go bump in the night!

Someone photoshopped the ghost right out of my picture.

November 02, 2006 at 2:18am
A comment titled: Chip off the old block? in response to a report titled: First Deer, First Shot, First Kill

At least one of those Coopers can kill a deer. Congrats little man, way to put food on your paw's table.

Sounds like some of you are scared to step back in the woods. Maybe it is real maybe it isn't, but thats for you to think about next time you are walking to or from your stand.

Butcrack has not filled this section yet.