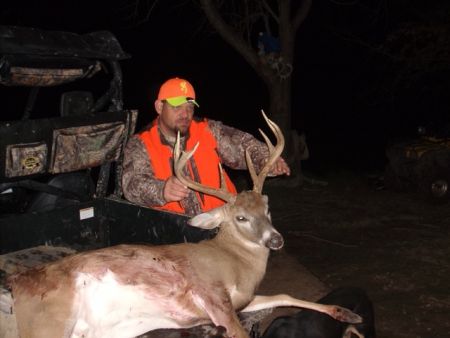 Early year results along the Mississippi

Early year results along the Mississippi 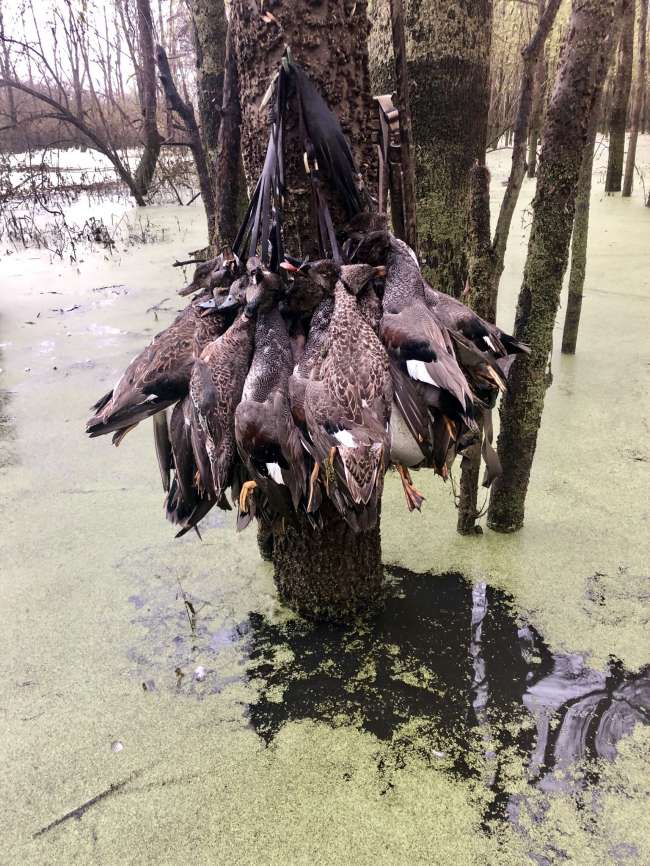 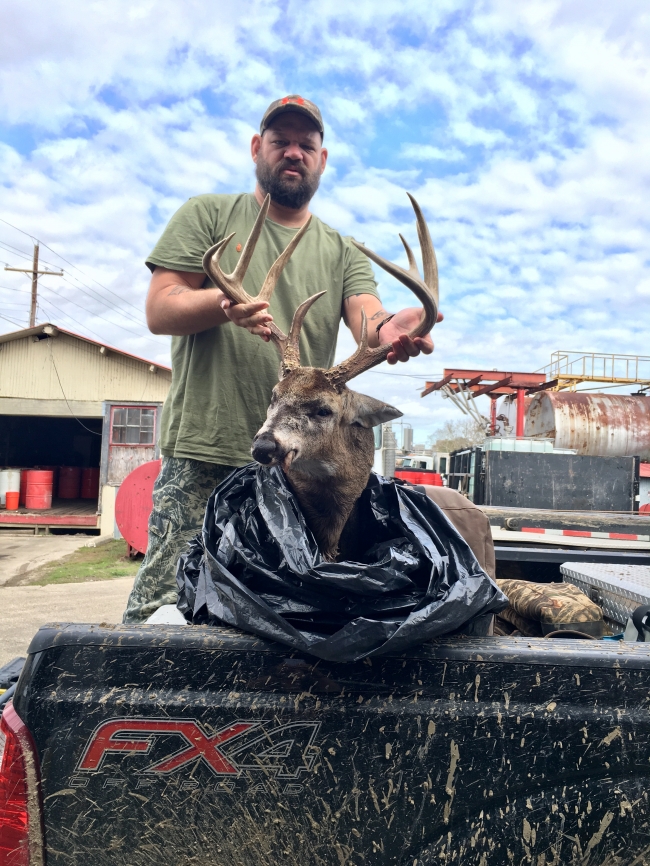 Shot at 60yards chasing does with about 5 minutes of light left! 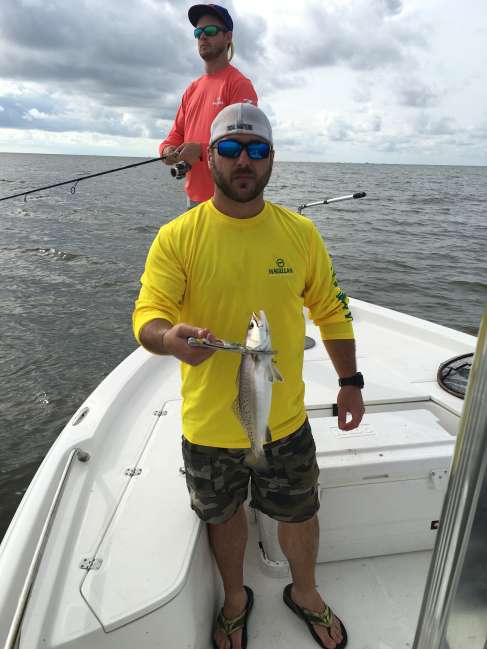 Made my first trip to Cocodrie this morning caught the first fish at 730 and had had 3 man limit at 1130, wasn't fast and furious but very steady.

Looking to try cocodrie area for the first time can anybody give me some info on best launch and where I can get live shrimp? 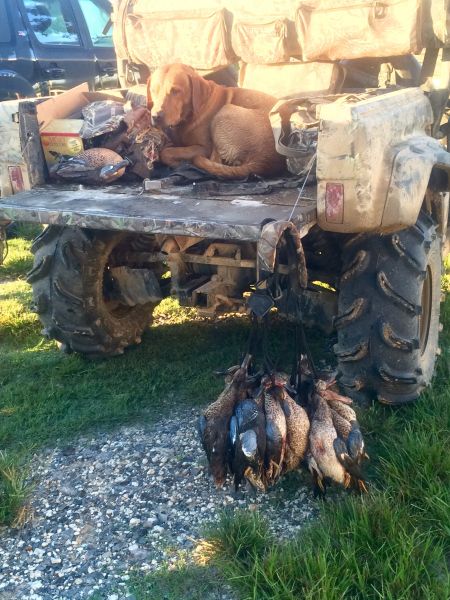 First 3 days had 4 man limits and the latest we stayed was 6:55! I hope they keep flying 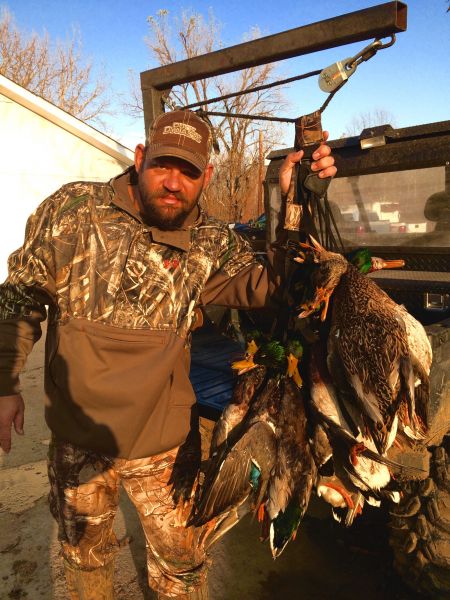 Had a good three days, with limits early, the latest hunt was 0930 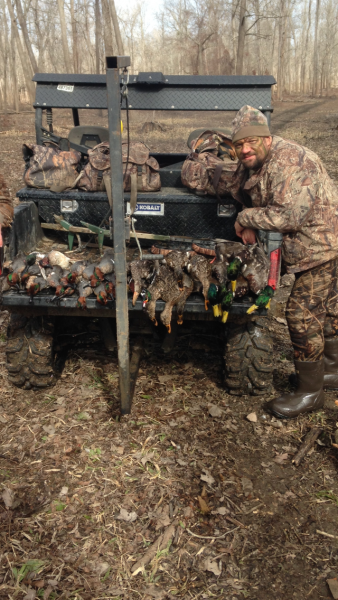 Well it was the last day of the duck season yesterday in Mississippi and we ended it with a bang, I wish I could find the ducks like this in Louisiana. 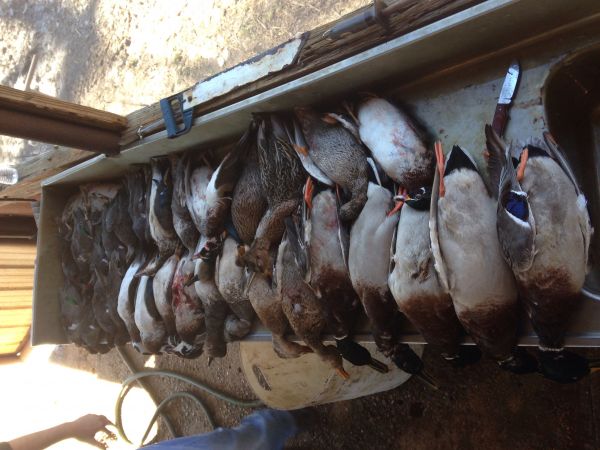 doesn't get much better! 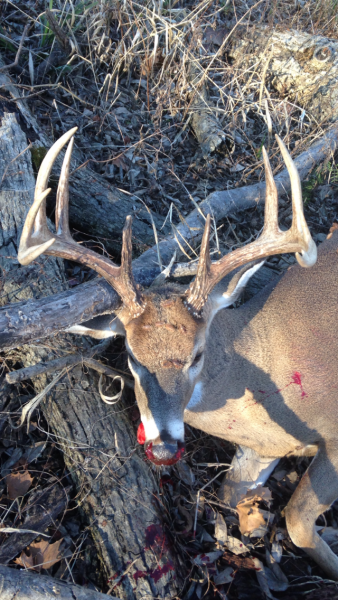 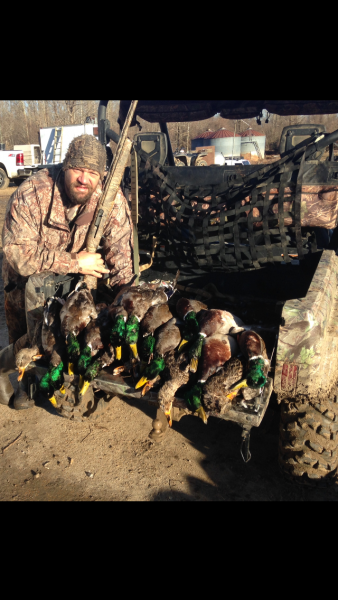 Hunted Biloxi today saw plenty birds but didn't fire a shot, all the birds would get up while we were riding around and then set right back down, nothing moved unless a boat would jump them up and then they would just move to the next pothole and sit right back down.

I'm planning on making a trip to Venice this weekend to duck hunt for the first time and have a few questions I hope somebody can answer for me, first question is about whats the best option a bay boat with a couple of pirogues for me and my buddy or pull my gator tail boat with pop up blind down with the bayboat, the second question is to bring my retriever or not (worried about gators), the last question is do I have to have a special permit to hunt in the pass a loutre wma and if so where do I get one, thanks to anyone that can answer these for me.

Bad day in biloxi WMA today, only killed 2 grays and several thousand skeeters, and a special thanks to the fella in light yellow bay boat with TOTAL RECALL on the side for idiling right past our decoys and throwing his anchor out and fishing 75 yards from us. No need to get into an argument just packed up our spread and moved to a more secluded location, some people just have no courtesy. Back to the woods tomorrow hopefully with better results.

Made my first trip to the Biloxi marsh wma, killed 5 greys, which was ok for not knowing where we were going or what to expect, I will be back for more and learn some more productive spots.

does anybody know the name of the launch right before sweetwater in Delacroix and if they sell live shrimp, thanks in advance.

does anybody know the name of the launch right before sweetwater in Delacroix and if they sell live shrimp, thanks in advance. 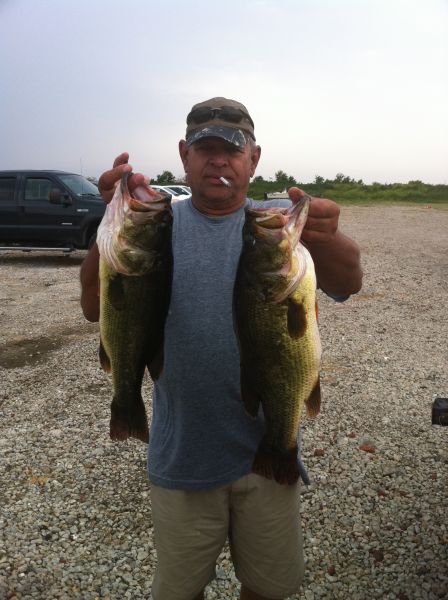 caught seven bass one red with 2 nice bass before 9:30, when a thunderstorm ran us off, going back soon!

Going to Larto for the first time to try and catch some sac-a-lait, staying at Larto Cabins, can anyone tell me where I can get some shiners around the cabins and if the fishing is any good right now, im leaving Wednesday and fishing thursday also.

Thanks for any info

i am looking for a good trainer close to the baton rouge area, any help would be greatly appreciated!

get an ecard they transpose the satelite photos onto your gps screeen, they make several different area cards for the whole gulf coast, they are amazing standardmap.com

River came up and flooded most of the property having to change strategy now.

You can launch there in a fiberglass boat just fine but yeah its affected by the river everytime they open the locks which is several times a day the river water floods in to the intracoastal, if you want to catch some bream for the kids somewhere safer take them to big Alabama at whiskey bay exit or lake Henderson at butte la rose exit

Im glad that yall enjoyed the sacalait, and thanks again for the willingness to gamble and get us on the fish, it was a great trip!

So I guess when your not at work that public land becomes your private hunting area because you decided to build a blind there. I would like to know what would happen if you show up to hunt your blind on that public land and someone else is in it?

November 05, 2015 at 8:56am
A comment titled: area in response to a report titled: Ducks finally showing up

December 19, 2014 at 3:01pm
A comment titled: NO SCORE NEEDED in response to a report titled: Buck of a Lifetime

the score on this deer wouldn't even be a concern for me, that is one of the most unique set of horns I think I have ever seen, I love the bladed out ends, awesome deer man!

December 10, 2014 at 3:37pm
A comment titled: Mississippi in response to a report titled: EARLY LIMIT

We killed them in miss right along the river

January 19, 2014 at 8:44pm
A comment titled: Mississippi in response to a report titled: biggest so far

shot him last Saturday on a lease in miss. he wasn't chasing but I saw two other smaller bucks running does all around my stand earlier in the hunt

Thanks again Travis for a great day of fishing under not so great conditions, and yeah i will be looking to get my hands on some of those Endura shrimp soon they are some tough baits! Anybody out there looking to book a great guide and a hell of a nice guy give Travis a ring you wont be disappointed!

Im not new to the area, I've been fishing there for 22 years, I know the pass and the area just never hunted in the ponds and yeah I know the tide is huge I was curious about the bottom and the surface drive boats performance, thanks for the info on the dog I will leave him home, is it easy to walk in the river silt or is it deep like marsh mud?

sorry MEV is correct not all north of int is public there is some private land up there, get a map of that area to make sure ur ok, but everything south is private

almost all south of interstate is leased, north is public

BORN AND RAISED IN SOUTH LA, GREW UP HUNTING ON BIG ALABAMA BAYOU AND THE SWAMPS OF BAYOU DES OURSE AND DES GLAISE.