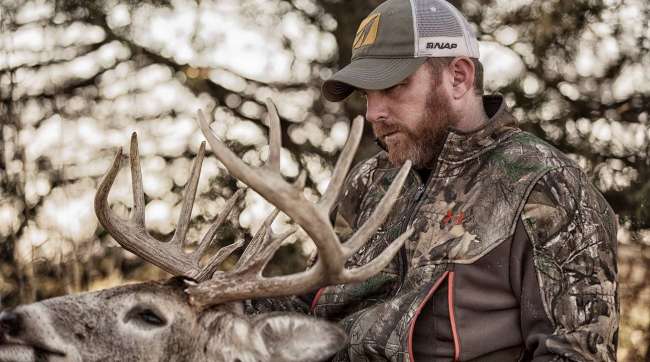 I arrowed this Illinois buck on November 9, 2015. He was trailing a doe that afternoon and she led him straight to me. Rough scored him at 165 3/8' and my best archery buck to date. 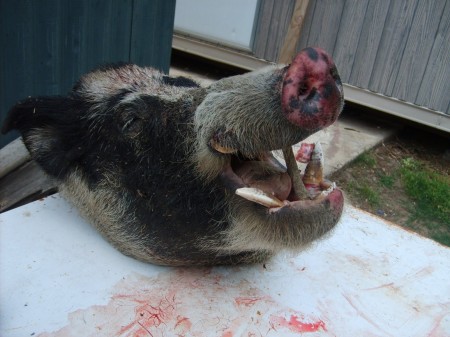 I got this Bad Boy in the shop last week. He is macerating for a skull mount right now! 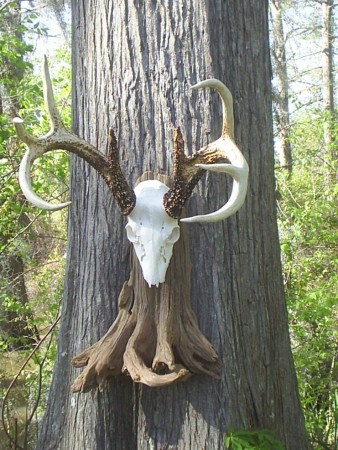 I thought I would share a few more skulls that I completed this season. All these Bucks were killed in Central Louisiana. The buck in the first pictures scored 146". 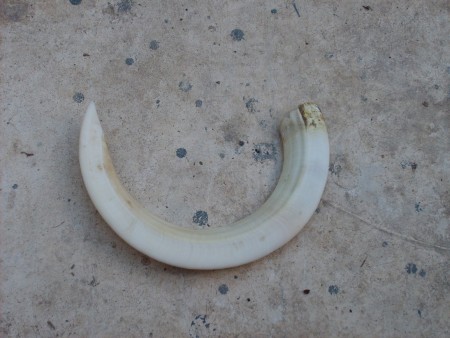 I just finished mounting this Boar skull this week. I have been degreasing this ugly sucker since February and finally got it! He has some of the biggest "cutters" I have seen on a hog. 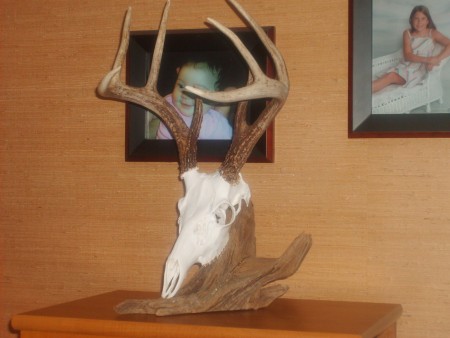 I killed this buck on Christmas day and just completed the skull mount. First time using driftwood as a pedestal and I love it. 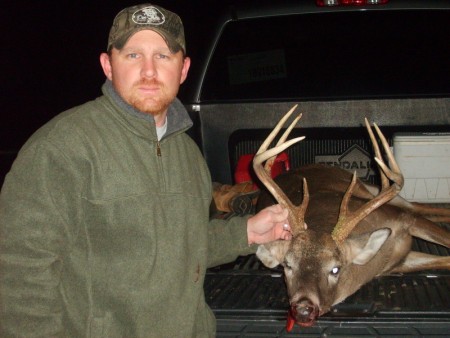 Just thought I would share a couple of bucks taken around Christmas. My 8pt was in Central La and the other is my father in laws, killed around Natchez, MS. 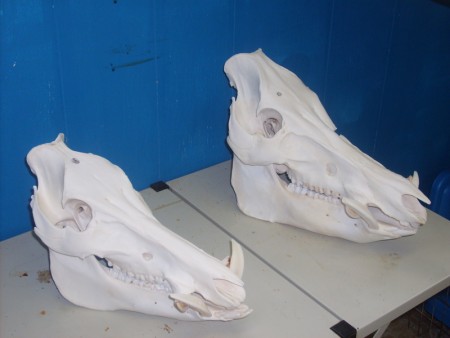 A few skulls. Conad Gris, the middle pic is an example of the pans and how I degrease and whiten while keeping the antlers out of the liquid. 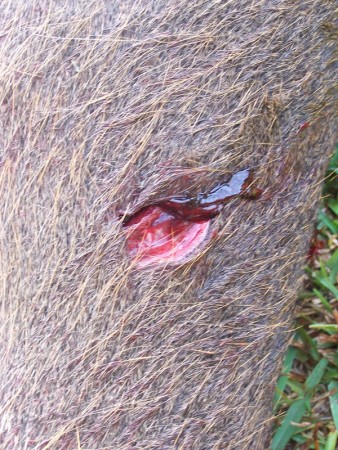 This is the entrance and exit wounds from a doe I killed yesterday.

The Wasp Jakhammer SST did the trick. 100grains from 10 yards 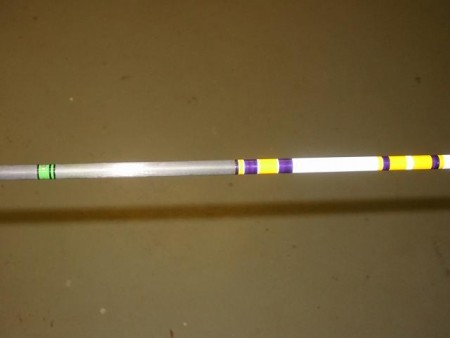 My Bayou Bengal arrows are complete! What do you think? 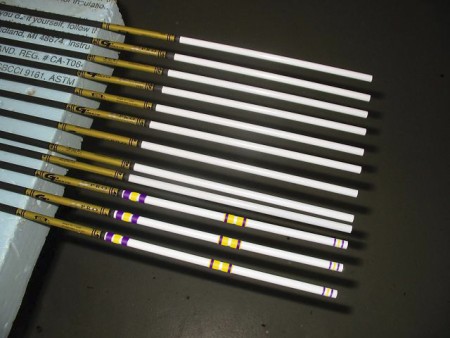 I just ordered a dozen Gold Tip 5575 shafts and I am waiting for their arrival. I have a friend of mine that will build them. He is building some for a buddy of mine in Illinois now and this is a pic of some of his handy work. My arrows will sport the PURPLE AND GOLD of the FIGHTING LSU TIGERS!! What do you think of the color scheme? Should be very visible on a complete pass through come October. 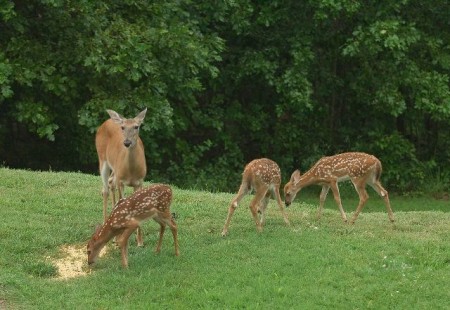 A friend of mine from Arkansas posted these on another site and I thought that I would share with 'yall. The pics were taken in Northern Arkansas. Looks like this old girl has her hands full. 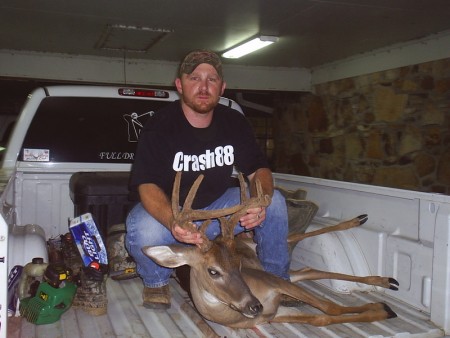 I just picked this buck up from the taxidermist yesterday. He was killed on October 2 last year and was mounted by Harry Vermealen Taxidermy in Pineville. It will take some getting used to because when I look at a shoulder mount I think huge neck and winter coat. This fellow was killed so early in the season he didnt have a chance to develope either. I think it turned out great and thanks again Harry. 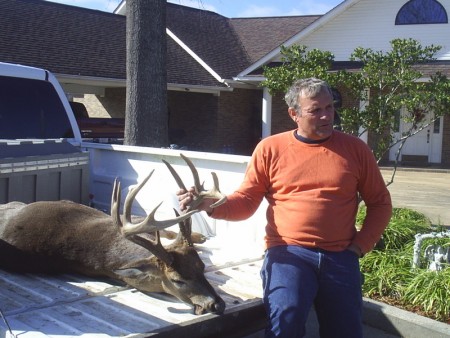 These were killed last year by my FIL and MIL just south of Natchez on the Mississippi River. 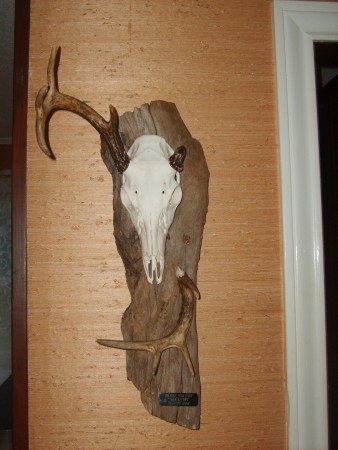 This is a deer that suprised me one morning in Dec and I quickly got a shot off before he left. Believe it or not, I was shooting the deer broadsided and clipped a limb and shot the entire left side of his main beam off. I saw the buck kick and thought I had killed him but found the antler under a palmetto and dug the bullet out of the ground. I had several shots on this deer with a gun and bow in January but passed. My buddy ended up taking him out in late January and this is the skull mount that I did to hang in our camp.

A friend told me about this bird killed over in Texas with a 22.5" beard. Check him out. 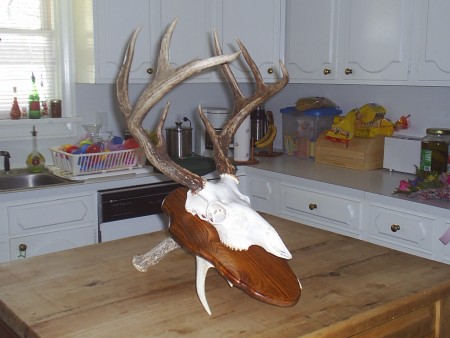 This one was killed off our place this year after the guy had found the shed in the spring. Well, he took care of business this winter and wanted to include the shed with the skull mount. I twisted and tweaked it a thousand different ways but due to balance, this is what I came up with. He will sit it on his coffee table. 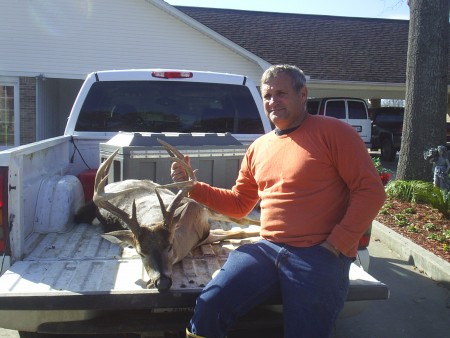 My Father in law caught this big boy chasing a doe about 8:30 this morning on the Mississippi River right outside of Natchez. 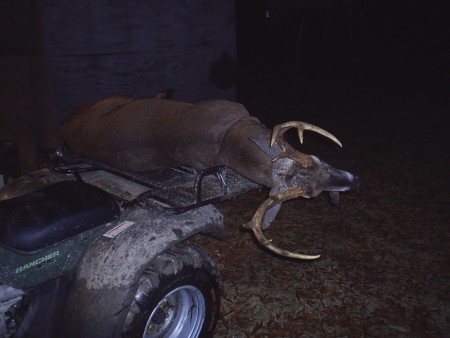 This 9 point was killed on our place by a buddy of mine on Tuesday. The deer was 230 lbs. He had a neck shot and that was it. He shot the deer in the throat patch with a 300 short mag and the deer still ran 150 yards!!! 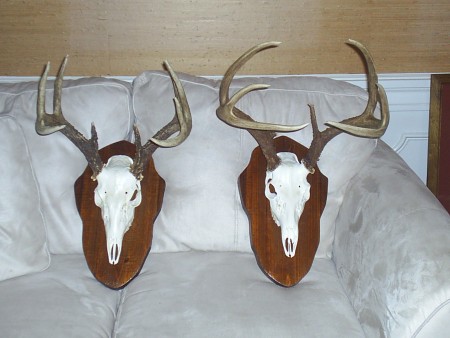 I finished a couple more tonight. These were killed by the same guy and will be a Christmas present for the upcoming week by his Dad. He still thinks that they are in the freezer, LOL. 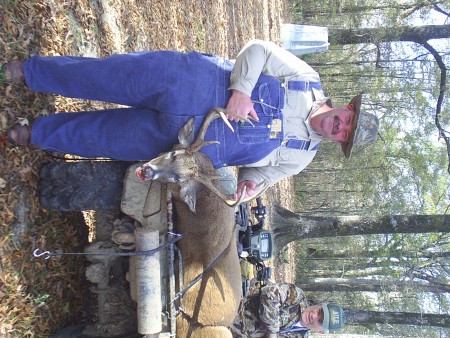 Here is the result of opening day of dog season. The beagles struck this 9 point as soon as they hit the ground this morning and in about 30 minutes he was done. 9 point about 16in wide and about 240lbs.

November 23, 2015 at 8:29am
A comment titled: JT's Skullworks in response to a report titled: european skull mount

The Thunderhead has been re-vamped for this season with off-set serrated blades!

The Thunderhead Edge is leaving some awesome holes and bloodtrails!

Check out these videos of the BloodRunner in action. www.cutsnomatterwhat.com The hogs are shot with the 2-blade and all other videos are of the 3-blade BloodRunner.

The only difference in the ferrules from last year to this year is the spring tension is a bit stiffer on the 2-blade vs. the 3 ... and the ferrule is more streamlined due to only being a 2-blade head. Last year my father in law started the season in Colorado in September on an elk hunt. The elk was shot at 18 yards in the brisket and exited the last rib. The elk only ran about 35 yards. That same arrow and broadhead was brought back to Louisiana and after sharpening and applying a small drop of oil on the 'plunger' was used to kill a doe in October.

I shot a doe in Illinois last year with the 3-blade as she was quartering to me slightly. The Broadhead entered behind her shoulder and lodged in her back hambone......she ran about 60 yards. The BH was still in tact with slight damage to the blades. The ferrule was undamaged.

Plaisance, I learned two years ago that maceration was the way to go. A lot nastier but less destructive to the bone and a lot less time consuming. I have up to 20 skulls macerating at one time and can do something else (regular job) while the bacteria do the work for me.

I have actually had to re-do some of my own work. Just when you think you have all the grease out then a couple of months down the road here comes a couple of nasty spots!

Not trying to be a "know it all" guys but it will look GREAT at first but will begin to turn yellow in just a few weeks or months. You have to degrease! Hogs and Bears are the worst when it comes to grease.

Clorox will also "yellow" the bone and make it brittle. Use Peroxide and Basic White.

If you have any questions, I would be glad to walk you thru it. Just let me know.

The driftwood is tumbled red cedar.

May 01, 2009 at 8:06am
A comment titled: Nasal missing in response to a report titled: A few skulls from this season

LOL! I have an excellent Mother in law so I have to be nice!

February 13, 2008 at 10:36pm
A comment titled: Concordia in response to a report titled: Christmas Buck

I am in Concordia Parish. I make my own plaques for customers but figured I would try this. I like it a lot better! I opened a JT's Skullworks and have been very busy. It is just another way to get involved with hunting after the season and make a little extra money.

February 13, 2008 at 6:34pm
A comment titled: A little better in response to a report titled: NATCHEZ MONSTER BUCK

The old Mississippi River produces some fine deer, doesnt it?

I took about 10 different pics at various angles. That should last me another 7 or 8 years or pic posting.

There are two methods 1. simmer or 2. macerate.

Macerating is the easiest if you have the stomach for it and results in less damage to the bone. Just cut the hide off the head and as much meat as you can. Put it in a bucket and cover with water up to the burr of the antlers (do not let the antlers sit in the water or it will stain them). I usually pour half a beer in there to help speed up the bacteria growth. Change the water about every 3 days. Do not dump all the water (save about 1/4 of it) or you will loose your bacteria growth. After about two weeks you can pull it out and use a knife and pliers to pull the meat off the skull (very, very nasty). Then take a water hose and spray the brain cavity out and wash the skull.

Method 2 is "simmering". I use an old crawfish pot. Put the head in the pot and fill with water up to the antlers with some Dawn dishwashing detergent. The dawn will keep the smell downa and cut the grease. Simmer, DO NOT BOIL for about 45 minutes, cut as much meat off and repeat as necessary. Once you get the meat off spray it down with a water hose and wash out the brain cavity.

Once the skull is clean then you will want to degrease it. This, in my opinion, is the most important step. You can buy pure Ammonia at Wal-mart. Mix about half a jug with water and soak the skull in it for about 2 days. You will see the fat start collecting on the top of the water. Do this about 3 times. This shortens the whitening process and helps the skull become WHITE without the grease spots leaching through.

Next is bleaching. I use the 30% peroxide from Sally's Beauty Supply. DO NOT USE BLEACH! It will deteriorate the bone faster than normal and make it flake. Use straight peroxide and soak it in a pan up to the antlers. You can put paper towels on the top of the skull to wick the peroxide up there. Use gloves cause this stuff will burn your hands. I usually soak in peroxide for about 24-36 hours. Place a white towel in the sun and set the skull on it and let the sun finish whitening it for a few days.

I will post pics in another thread of some that I did last year. The main thing is to keep the ammonia, peroxide and if you macerate, the nasty water off the horns.

I have to stop giving away my secrets or I will be out of business, LOL!

I have hunted Mon, Tues, Wed mornings and Wed and Friday evenings and the deer have been scarce. I have seen 3 deer from the stand on all of those hunts. I killed a doe and missed a "Smasher" Wed evening. The shot was at dark and I hit a freaking limb! I am feeding corn and they are eating it as fast as I can put it out, just doing it at night.

Doesnt seem to be a lot of movement in the AM. The deer seem to be feeding early in the evening and into the night. I saw one buck this morning just slipping thru but no shot.

Yep, it will hold almost 7 sacks of corn. What kind of prices are 'yall seeing? I saw some at a convenience store the other day for $7.49/50# sack. The deer will be rationed on my place this year if that is the price.

That is just a dot of purple paint. I shoot a drop away so I really didnt have much need for the cockfeather but it is there. He did a great job.