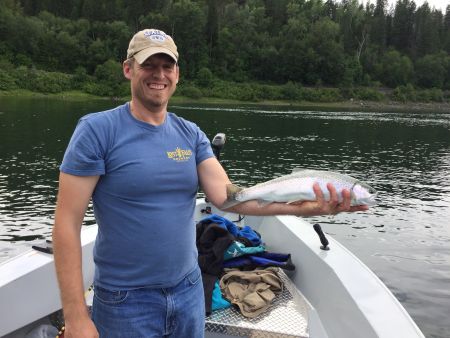 Another quick video report from earlier this summer with my brother and I in the ponds just off little lake. Been a pretty decent summer out there and as usual it's just gold spoons and sight casting. As others have said finding ample grass to filter the water is key and the ugliest boat afloat can get me real shallow. Hope you enjoy!

This may be a bit off topic being all the way up in Montana but I had a chance to take trip with some friends up to the Missoula area. The fish up there aren't real big but the action was fast and the scenery was unreal. It's also kinda nice to get away from the humidity, if even for a couple days. A quick video of the trip is linked below. Hope you enjoy it!

Launched out of Delacroix marina and made a short run to grand lake. This years production in some of the ponds hasn't been quite as good as last year but the reds are still there and there seem to be some larger bass in the area as well. Gold spoons as usual are about all you need. That and a shallow draft boat should get you some filets for the grill. Short video below and a couple more on my YouTube page.

Went on a quick trip with my brother recently. A few goofs but ended up with a couple reds a piece. Gold spoons and spinner baits as usual. Got a short video in as well. Hope this brightens your Monday!

Couple trips from the past month. Launched from sweet water and BSM and most reds have been falling for a gold spoon or a spinner bait with a pink lemonade matrix. Put together a little video of a couple fish and a couple missed Ops.

Had a great family trip this past weekend. Thanks to Cap. John with Southern Catch Charters and Daddy O for making it a great one! 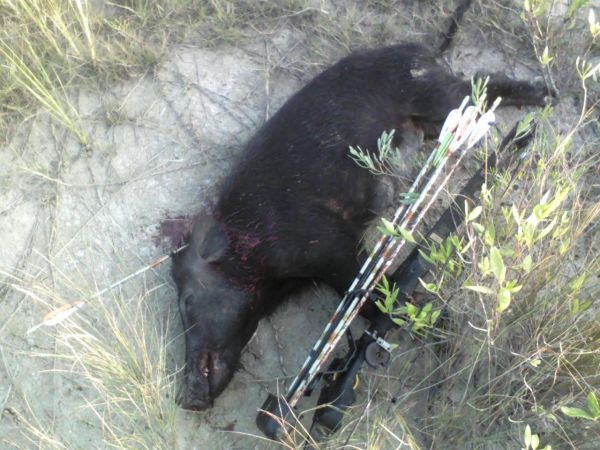 Brought down my first animal with a bow this weekend. Had a spot and stalk opportunity and was able to get in position in front of a feeding group. Got the shot off at about 10ft with the pig facing me and down hill. My old Browning wheel bow (hand me down from dad) drove the arrow about 14in into the pig and through the left lung. She went down after about 40yds. What a rush to hear it feeding and grunting right in front of me!

Just started duck hunting this year and took my second duck trip ever out to the Honey Island swamp this morning. Saw between 10 and 12 teal and woodies and was able to down my first duck, a wood duck drake! Duck hunting is a blast and at some point I'll have a boat (hunting out of a kayak at the moment) and a dog. Gotta love Louisiana.

Appreciate the comment! I used a painters pole with a paint handle mount attached to the camera. I put the pole into the rod holder and it makes a pretty decent overhead shot. The one problem is that when the boat sways that sucker really gets to rockin.

Appreciate the comment! I've also got a push pole fashioned from two closet rodsð I sacrificed a little credibility with the new outboard but I honestly think the ugly beat up boat makes it easier for me to fish and not worry about running over stumps or into logs or the bank.

July 23, 2016 at 1:32pm
A comment titled: Swine among pearls in response to a report titled: First Bow Kill

The Pearl definitely has porkers. In my experience (which obviously isn't that much:))the evenings are definitely the best times to scout/hunt.

Did the first batch on the grill that night. Anything wrapped in bacon and stuffed with jalapenos is bound to be tasty but this was excellent. Looking forward to using some other recipes.

Transplant in 2006 from Washington state. Love the outdoors and the summers here beat the winters up north.