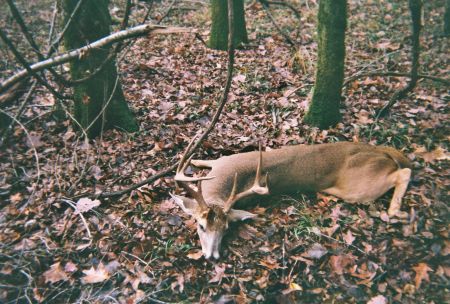 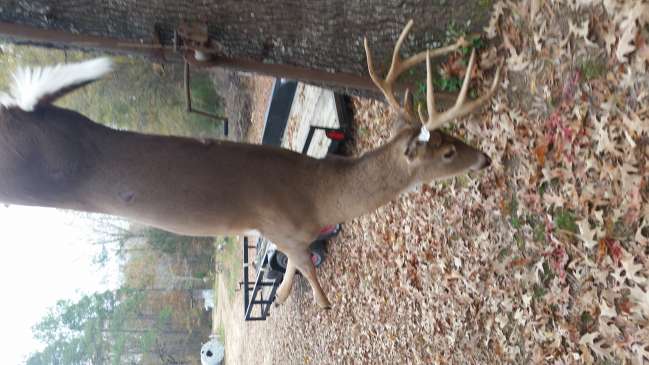 Harvest this 8pt on 12-12-15 chasing a doe .He weighed 135# had a 14 spread. I was replacing a broken feeder after the hunt heard some noise when I looked up there they were.Coming straight at me my gun leaning on a tree 8ft away. I could hear the buck grunting grabbed my rifle and fired he went 70 yards.

I seen my ground scrap on my lease . I hunt in Kelly , La. thats in Caldwell Parish

I seen my ground scrap on my lease . I hunt in Kelly , La. thats in Caldwell Parish 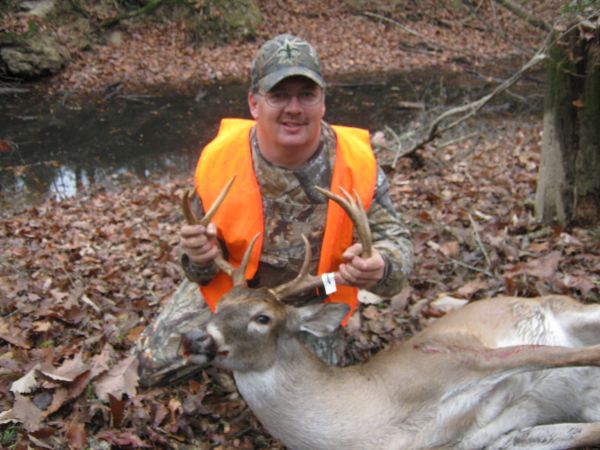 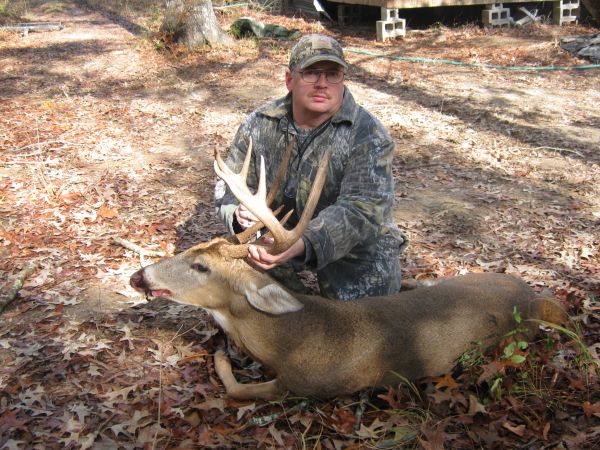 Congratulations, 'The power of prayer the LORD will provide. ' Nice buck!

January 05, 2016 at 12:20pm
A comment titled: GOOD JOB in response to a report titled: a little thinning going on with some very good friends

KEEP THEM CRITTERS UNDER CONTROL.THEY ARE TAKEN OVER THE MARSH,WOODS AND SWAMPS.WE LEFT SOME HUNTERS GO ON OUR LEASE AND TAKE SOME OUT.ONLY GOOD THING ABOUT THEM THEY MAKE GOOD MEAL.

I'm family man that loves this paradise i'm living in.I ejoy camping at my camp on Blind River.I hunt in Caldwell Parish during hunting season.We have a small family club and camp there.I THANK GOD everyday for blessing us with Paradise Lousiana.