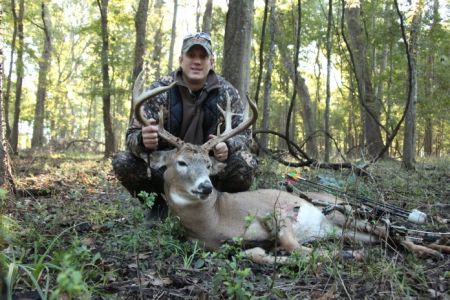 Do any of the Marinas in Delacroix or Hopedale have any restaurants? Or is there another good place to eat close by? So use to Coco Marina and the Sportsman in cocodrie just wanting to know if there is a good eating place in this area.

April 08, 2016 at 8:23am
Moving from Cocodrie to Delacroix or better sight fishing area

I am moving after years of fishing out of cocodrie to delacroix. As much as my heart is for cocodrie is delacroix a better area for sight fishing? I built a boat strictly for fly fishing and sight fishing and everyone Ive talked to so far says the delacroix area is the best. I can fish delacroix to hopedale and the redfishing is way better everyone that I've come across and asked.. Is this true?

Not tremendously familiar with the area but have been reading a lot on it and Ive fished with a few friends in the area and its for sure has a lot more grass then cocodrie.

Any help on this will be greatly appreciated

This should get interesting

Previously, they could only carry guns no larger than a .22 caliber pistol with ammunition 'for the purposes of killing snakes and rats.'

The new law that removes the restriction is now in effect.

Opponents are unsure if the change will make it easier for hunters to illegally shoot deer during bow-hunting season.

Supporters believe the law is necessary for hunters to defend themselves against threatening animals in the wild with a rifle or shotgun.

(Copyright 2015 The Associated Press. All rights reserved. This material may not be published, broadcast, rewritten or redistributed.)

I have a new boat just finishing up being built and I have the 698CI HD SI COMBO. Could you recommended which GPS card is the best for this unit for the cocodrie area.

Guys were is the best places you have gone in louisiana
Or south miss for guided hog hunts? I know about pork's (won't answer phone), land of lakes, knobhill and cutter creek but which ones have you guys gone to or other places that are not listed??

Anyone know or have any redbone coon pups for sale? Looking to buy one for Christmas

Does anyone raise and breed or know of anyone here in Louisiana who raises and breeds Red Bone coon dogs? I am looking for one to join my family and can only find ones out of state.

Please email me any info if possible 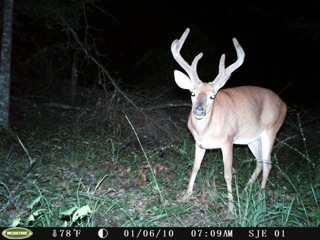 I was kinda scared getting my new places this past spring but after a great summer getting it ready and fixing the place up I am starting to get some really good pics of 3 - 4 year old bucks that are going to make some nice hangers in two years. I have a couple of 4 year old ten points that will also be beautiful in two years.
So happy i pulled the trigger on this place and made it bow hunting only!

Are blood hounds good to train for finding wounded or dead deer with lil blood trails?

If so anyone raise blood hounds or know anyone who has a litter? 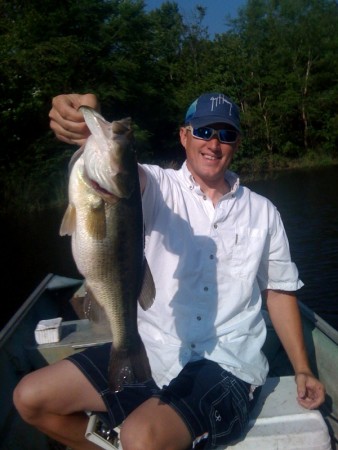 Well guys I finally can check off one of my "to do's" on my outdoor list. After 30 years of hunting and fishing throughout Louisiana I finally caught a wall hanger.

Growing up only saltwater fishing I never did much freshwater. A few Sac-a-lait's and bream here and there but the biggest bass I had ever caught was around 2 pounds.

Not knowing much about bass fishing my grandfather bought a piece of property about 8 years ago with some bar pits on it which was known for big bass in the area, we still never really bass fished it. My grand father and his brother really only fished for sac's and bream and I just had always deer hunted it.

Well, my father-in-law who is known for fresh water fishing had asked me to go and I finally gave in. Knowing I would be bored and aggravated bas fishing I did the deed to hang out with ole father-in-law.

Well we started off with around 5-8 2-3 pounders (which i caught only 1 on mistake while I had a birds nest.) After catching three catfish and only one bass I was ready to go home. Well being this one lake is about 20 acres I knew ole father-in-law was not giving up.

We made it to a point where he says " I can feel they have some hawgs on this point." His first cast slam 3 ponder!!
I cast the Shad red 4 inch plastic worm and dang a log! Aggravated I yank real hard and then all of a sudden my rod bends and the drag is screaming!!!! After a few moments of what is it from father-in-law and me saying pretty dang sure a catfish, she rose from the semi murky water and there she was a 8.5 large mouth.

Guys I have to say what a feeling! Felt like I won the lottery! I was so happy and proud I screamed like a little girl.

Even though I love catching specks and reds I can see how addicting bass fishing is. Well, after she was brought in and taken 5 pics with my iphone and sent to all my buddies who pick on me for not ever bass fishing I was ready to go but ole father-in-law was jealous and we had only made it around half the lake. At the end of the day we had 40 2-3 pound bass 3 cats 2 bream and my wall hanger.

Check off, now I am done with freashwater! 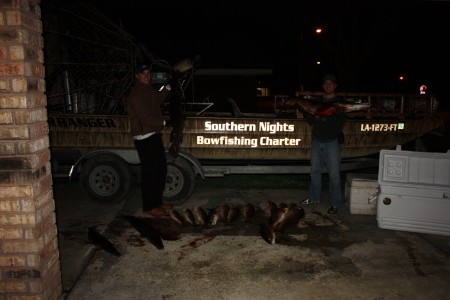 Its always Hot In cocodrie for reds 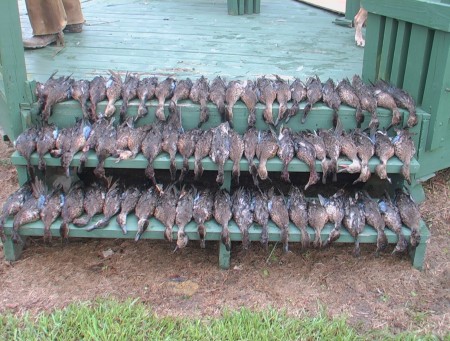 Teal are everywhere every blind limited out good good day/ 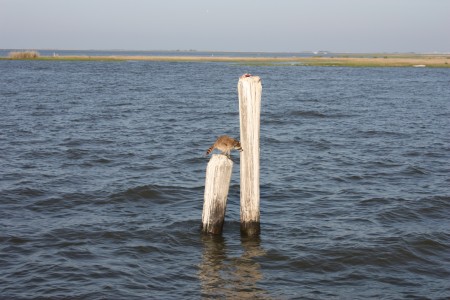 Had a great 3 days in Cocodrie this past weekend. Caught trout reds, and flounder all weekend! Fish mostly around the islands out of Sea Breeze and did really well on trout.

Fished the shallow water tourney (which turned out 32 boats) and didnt get hooked up on our reds like we did friday but trout came in and we waxed them. Friday, saturday and Sunday hammered trout

Coming out of sea breeze I noticed something wasnt right. So when I turned my boat I saw it. You know this is when you have a Bad day!

Guys need help with a company who was at this past weekends Sportsmen Show at Lamar. They were in the fishing building and they always have the ice chest full of fish.

I am looking for the Name of the company of baits they had in there booth. I thought it was Fury but I can not find anything on them. They had a dye you dip your baits in and I wanted to get some and forgot so I am trying to find where to buy it.

Appreciate the help in advance

Pretty common this is time of year in Delacroix, la.

Thanks guys appreciate the info

Are the tuna at the mouth of the river chasing shrimp boats out of Venice?

I know this is a OLD post but just curious what LENS COLOR everyone uses now for SIGHT FISHING REDS. I don't care about the costa-maui-lighter-heavier debate. Just what lens make them pumpkins glow brighter.

I use a green lens over amber and they do well but was thinking of going to Copper. I've heard the Copper makes them bright bright

ok lowrance is ordered humminbird replaced now which is the best card please for the marsh areas? Glens?

Very Nice deer Capt. I will be headed same place in a few weeks. Congrats again for sure a beast

October 26, 2013 at 6:41pm
A comment titled: Mounts in response to a report titled: Taxidermist

October 18, 2012 at 6:02pm
A comment titled: This tourney is ONLY Gatortail in response to a report titled: Redfish Rodeo

But we have one coming in the next couple of months for ANY MM or outboard 50 HP or below... Its going to be huge.... Keep looking for it.. Next year we will have 4 different locations with a 5th championship big big sponsors and going to be lots of fun

Ive owned all Louisiana mud motors.. I hunt a place for years that has every kinda problems for a boat/motor from cypress knees, to mud, to water hyacinth, to giant salvinia, to shallow water running and deep water running... The versatile motor out of all is the mud muddy.. You will never have problems from a mud buddy from running into seals leaking, having a reverse to GO out, tuff to handle and so on....

But everyone has a opinion on which is the best.. All I can say dont get all talked into the 'reverse' world it isnt that special..

stick with a boat and mud motor that last... GO devil long tails are great if you like a work out every morning and evening you hunt.

But gatortrax and mudbuddy are the best... From a guide service that is booked every day of the hunting season with 3-4 guides we all use mudbuddy engines and they get us to and from the blinds all year with no problems..... You wont be disappointed.

Guys I have lots of family land in St. francisville and woodville are that I can bring you guys.. I have been looking for a bluetick for a year now.. If anyone knows of one please let me know.. I will pay whatever and trade whatever just to get one.. as far as hunting we have all the land you would need

July 02, 2011 at 6:53am
A comment titled: redfish tourney in response to a report titled: ANOTHER GOOD NIGHT OF BOWFISHING

You guys need to fish the redfishing Bowfishing tourney in September

June 29, 2011 at 9:53pm
A comment titled: Browning in response to a report titled: Best headlight/flashlight

I have streamlights surefire, xps all great lights but last year I won a browning tactical hunter hunt master light and I put all the other ones down... It last longer and is super bright... I Have even dropped it twice out of tree and still works.. Stream lights was dropped once from my truck and had to replace bulb.. They all and all are great lights but I would buy a browning if I lost or misplaced this one I have now

June 29, 2011 at 7:29am
A comment titled: lake boudreaux in response to a report titled: Montegut/Lake Boudreaux info

We have been slamming the reds in the lake....

April 08, 2011 at 7:48am
A comment titled: Southern Style Bowfishing in response to a report titled: Bowfishing

Go with DC he owns Southern Style Bowfishing! The best when it come to bowfishing that area

His number is under the fishing guides section