Big Alabama in response to a report titled:  big alabama

Does anyone have any information on who to contact about this tournament or the dates. I just got back from La oilmens and some folks said they had heard about this tournament but nobody new the details or who to talk to about it. I herd it was going to be held in June. I have google searched and come up with nothing.

I am looking for input on a good sacalait guide on the south end of Toledo Bend. If anyone knows of one please list his name and contact info if you have it. Thanks

Guys I just bought me a new 45-70 and I was wondering about ballistics with the hornady leverevolution 325gr ftx ammo. I was wondering if someone could give me some info on how high or low I need to be at 25 yards to be on at 100 yards. Thanks for any info that you might be able to provide.

Hello fellow sportsmen I just wanted to let everyone know that while fishing the marsh today I was told that I was on private property by some ahole in a boat who wrote my boat numbers down. I was travelling the Mcilhenny canal when this happened. I tried to explain to this ahole I had no idea this was a private canal as all of the signs are down since the storms. I even told him and was willing to show him that my map and gps didn't show this area as being private. I was even following the posted no wake signs in this canal when Mr. right blasted up on me disobeying all no wake zone signs. He also did this on his return trip back to his camp. I guess I am just venting as our taxpayer dollars are being spent on fish that are tidal that are off limits to sportsmen who want to fish them in canals but are denied that right by big companies with money. Why is it that a canal that is tidal and has no barricades allowed to be considered private. Also why is it that a private property owner can put in a weir or gate and keep the public out but let the publics fish and other wildlife in. Oh and to you Mr. A hole name your place on dry land and I have a present that I would like to personally deliver to you.

Why is the public boat landing closed. I passed on I10 and it was blocked of with barricades. I know they had fish kills due to low oxygen but its also teal season so what gives.

Has anyone been since the storms? I am thinking of going Sat. and trying to find some redfish around Intracoastal City. I suppose the landing is open. If you have been please tell me what the water looks like. I don't want to go and find muddy water everywhere. I also hope that it doesn't stink like the Vermillion River in Abbeville and that there were no major fish kills. Thanks to anyone who might be able to help me. This is going to be my first saltwater trip of the year.

I was just wondering if anyone on here hunted out of a millennium deer stand. I just bought one at the outdoorshow at the Cajundome. I bought the M-100 and man I can't wait to use it. Man this stand is comfortable to sit in. 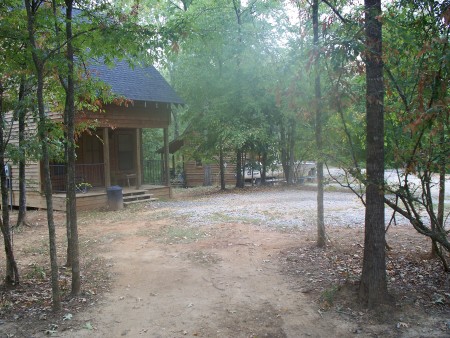 Here is the website to check out the cabins 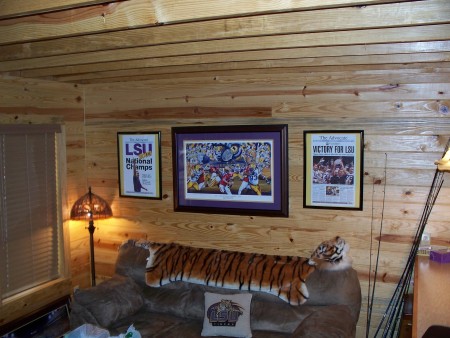 More pics of my vacation 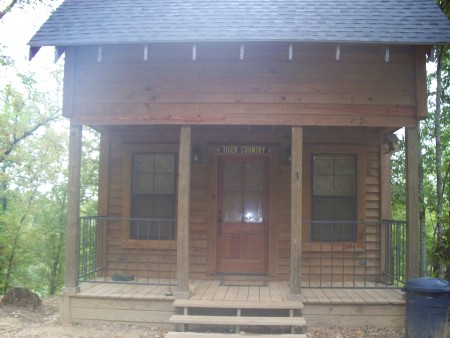 I just wanted to let you great sportsman of this site know that I just got back from this most amazing vacation I have ever taken. I stayed at Blind Faith Cabins out of Natchitoches. To say this place is beautiful and peaceful is an understatement. I will try to upload pictures for you all at a later time. I stayed in their LSU cabin and Redeyee it is awesome to say the least. I was a tiger fan who felt like he had died and went to heaven. There are various pictures of LSU football players on the walls as well as articles from the advocate with them. Everything in this place was LSU from a tiger on the couch to the drain plugs in the sink and the bed covers and pillows in the beds. I have never ever had a place that I didn't want to leave until I went to Blind Faith Cabins but this place is now my No 1 vacation destination. It is on Bayou Pierre which Runs into the Red River north of Natchitoches. Thanks David Levy for the best vacation a sportsman and LSU fan could ever have.

What happened to the guy who was waiting for his express to be built. I am just curious if this man got his boat or not. After waiting as long as he did I hope they cut him some extra money off.

I was just wondering what everyone thought of them as I am thinking that an argo might be a great fit where I hunt. I was wondering about reliability and a price comparission versus four wheelers.

Can you freeze redfish fillets with the skin on them for redfish on the halfshell?

Hey fellas I was just wondering if anyone hunted with a 25-06. I just bought one because I wanted a gun with less recoil because of my bad back. The salesman told me it should have very little recoil and that it should shoot very simulor to my 270. I looked at some balistic charts and he was right about that. I was just wondering what bullets you all were shooting in this calliber also.

I was just wondering if anybody on here fishes the Vermillion Corp and if it was worth purchasing the 200$ permit. I am looking for some new fishing spots.

I know someone has to know where the bream and sacalait are bitting. Please tell us where we can go to try and catch a few. This has been the worst year ever for me in trying to catch sacalait and bream.

I was just wondering how many of you out there are going to go and fight the mosquitos and the snakes for three squirells? I want to go but I am very fearful of snakes.

Is anybody catching or has anybody been? Me and a friend or going tomorrow morning.

I hunted Thistlewaite this afternoon and I only herd one shot. I did manage to see one doe and one other deer that I couldn't identify because of the palmetos. When I was leaving there was a man checking out a real nice buck. I beleive it was an eight point with around a 18 or 19 inch spread with big bases. Very impressive deer that shows trophy management can work if we could keep the stupid ground check mentality out of their. Please let the deer pass if it is not legal. Why would some hunters waste a whole deer by just leaving it? My best guess is because they aren't real hunters they are idiots with guns.

January 08, 2007 at 9:39pm
A comment titled: Big Alabama in response to a report titled: big alabama

It is part of the basin and the rising water cause it to rise as they back up from Whiskey Bay threw Bayou Des Glaise. Trust me its on its way up right now. Look at a map if you don't believe me.

Do you want a cookie for it. I don't see any pictures. How big were the fish you caught? You didn't tell us.

Well maybe living in Dallas is far better than living in N.O.

You should have bought a CVA. I am amazed at all the people who don't ask around before purchasing guns. I know alot of people that have had that problem with the H&R. It is a weak spring issue.

I had a deer feeder destroyed by a trespasser this year.

Another deer slayer in the outdoors. Great job little man.

January 19, 2011 at 9:07pm
A comment titled: to grow bigger bucks in response to a report titled: Louisiana Big Bucks

I say leave the total number of bucks killed to be three while putting a mandatory four point or better to be legal. I also say make shooting of fawns illegal. Just because there spots fell off yesterday why should that make them legal to kill?

January 15, 2011 at 3:53pm
A comment titled: High Line in response to a report titled: launch in indian bayou

I think it is the Huval lease and not lucky twelve

Run hog dogs and your traps and call me when you need some help with getting them to go into traps as I have a buddy with alot of experience in catching them in traps. Patrick

January 04, 2011 at 3:30pm
A comment titled: river stages in response to a report titled: water stage

Depends on what size boat you have. With a bass boat cow island is 15 feet with a aluminum boat its 141/2. Grevenberg can be gotten into at 31/2 feet if you have a aluminum boat but with a fiberglass I wouldn't try it under five feet. Chicot I think is about 6 feet.

That is a great story and good job young man. Welcome to the brotherhood of whitetail addiction.

January 03, 2011 at 9:34am
A comment titled: Is it legal in response to a report titled: Hog population gets state wide attention

To hunt them if you are a member of a hunting club without the permission of a timber company? We already have the hunting rights so why is it they write this law stating you must have written permission. I guess we will all have to line up at our local timber lease office to get permission to legally hunt hogs at night.

January 03, 2011 at 9:10am
A comment titled: Trespassing in response to a report titled: Need some advice

For all of you commenting about go operation game thief or Ldwf they do not handle trespassing cases. They will tell you so much when you call so you are stuck dealing with your local sheriffs department and good luck with that.

December 30, 2010 at 8:23am
A comment titled: transplanting hydrilla in response to a report titled: Transplanting Hydrilla

Listen to dmax4x4 or you will ruin your pond. It is a very invasive species of weed and it will take over. Even the wlf biologist can't stop it on many lakes.

I missed a doe this morning because my 45-70 bullet dropped of the face of the earth at 150 yards.

444 is what I would go with because its flatter shooting.

October 24, 2010 at 7:10pm
A comment titled: little alabama bayou in response to a report titled: Sherburne

Lots of logs so wear your kill switch.

I am a hunting and fishing addict going whenever I can go.