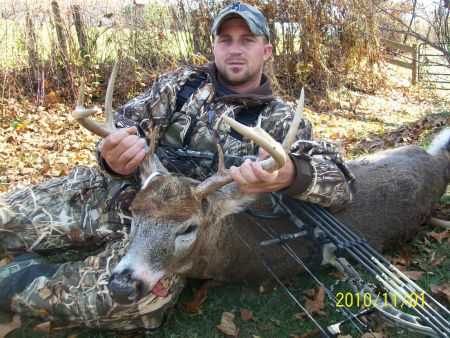 Deer with no face

Depends on the pressure is right! in response to a report titled:  deer behaivor

Deer with no face 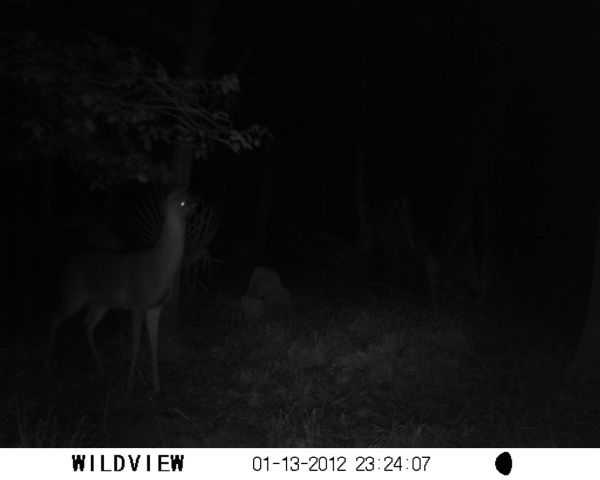 I've taken about 3 or 4 pics of this deer in the past two month but kept deleting the pic because i was thinking it was just a bad photo lacking detail but this being the 4th time I'm starting to think it's real and this deer has NO FACE... My camera has never screwed up before and the pic speaks for itself. There is detail to everything, down to the palmettos excepted on this deer's head. The pics taken minutes before and after it of other deer are perfect. Could this deer really not have a face? It appears to be quite healthy if this is due to a bad head shot by a hunter. Keep in mind I've photoed this deer since bow season. Any thoughts or ideas? 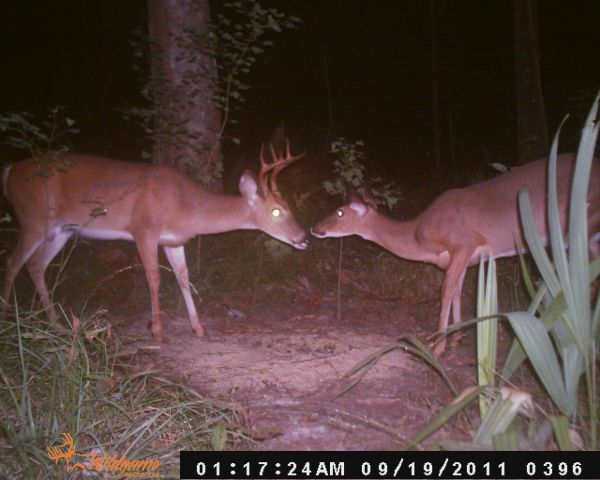 This lil 8 was a button buck last year and looks to still be with his sibling... 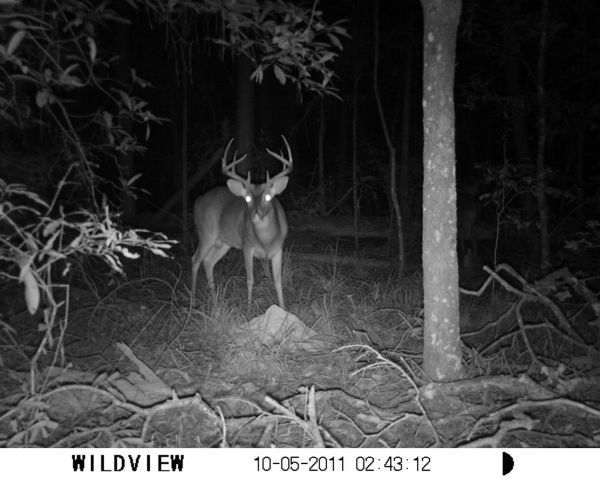 Main frame 9 point with a kicker... 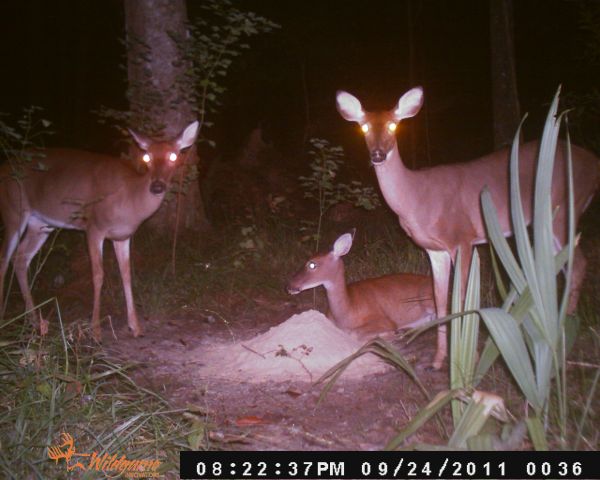 I need some help and ideas for cleaning the black off the outside of a fema trailer. I've tried straight bleach, awesome from the dollar store and lots of elbow grease. Still not the results i was looking for. Please Help!!!

June 29, 2008 at 11:44am
A comment titled: Depends on the pressure is right! in response to a report titled: deer behaivor

Penny is right! In my area of Livingston Parish, when I kill a deer off my stand and it doesn't matter with gun or bow, that spot is done! Now I can move 50 yards in any direction of my last stand site and kill again... I'm quiet on deer recovery, I don't stink the place up or leave blood and guts around. These are just 'special ops' deer around my house lol. It's weird as hell but thats just the way it's been since I was lil. On my place in Morganza, the deer will stand there and laugh while you shoot there friend then kick and hook him while he's down. Pressure in your area makes the difference, in my opinion.

September 27, 2012 at 7:16am
A comment titled: Morganza Spillway NORTH of Hwy 1 in response to a report titled: basin deer herd

This year was horrible! The only good thing was it got rid of our hog problem for a while but took the deer with them.

February 06, 2012 at 12:19pm
A comment titled: Licking Branch in response to a report titled: Deer with no face

Iceman is correct. That is a Holly Tree and these deer make the same scrape and lick the same branches year after year for I know about ten years now. They start it in bow season and use it through march (bucks & does). I have thousands of pics of different deer using it. I've never gotten any mature bucks on it though or even checking it. They run their scrapes deeper in the woods where I'm at. I have another piece of property down the road. I can walk it find the few holly trees and every single one will have a scrape under it at one time or another.

I hunt area 6 in Livingston parish and in the Morganza spillway in Morganza... I usually have them pegged every year and can pin point a buck pattern the one I want and get him but man this year has been a bust. Given, I have a new lil baby boy this season and I haven't put the time in like i used to. Still in all I've kept up with the activity and cameras. I haven't seen much sign of it either. Not a strong presents to say the least. I know the acorn crop has the deer spread out and not concentrating on plots and feed piles. I feed but i don't hunt it. I hunt trails, woods, and thickets. I hardly have any pics of does which is odd! It's just strange in my book but in order to have good seasons I guess you have to have bad ones too. I know others having a great season I was just thinking it's not my time this year.

January 18, 2012 at 2:56pm
A comment titled: Anything is possible with anything mechanical in response to a report titled: Deer with no face

I believe any explanation for this and your probably right... What gets me about it is that I've had 4 other pics of the same image in the past and seemed to be on the same animal but in diff areas of the photo. Maybe it's in a witness protection program and keeps it's face blurred out HA HA... I'm gonna keep my camera rolling and if any others pop up I'll be sure to save and post them.

These pictures are from the same camera, position, sd card, tree, and scrape.

I adjusted the color

It's a real pic. I'm too computer illiterate to play any games or tricks. Like i said the first few pics of it the past few months I would just delete thinking the camera pixles were screwing up. This is in 'God's Country' lol (Livingston Parish), that might explain it all... My camera is place over a scrape and I get great pics over and over of deer passing through day time and night. Maybe I'll switch my cameras out to one that flashes to try to catch more detail and color of whats going on on top of that beast's neck! I really just think it's a deer with a messed up head...

January 18, 2012 at 8:42am
A comment titled: Awesome Buck for an awesome girl! in response to a report titled: First Rack Buck

Hey there my friend! I was with Jason and Candace when Carly text them that picture, talk about some 'jealous pots' that night lol. Man I bet you were just as happy as she was when she killed him. I know I would have been. I love putting other people on deer and letting them kill. Its good seeing her in the contest and I'll catch yall around soon, I'm sure. Good luck!

January 16, 2012 at 2:04pm
A comment titled: Less is MORE in response to a report titled: Thompson Center Pro Hunter(35 Wheelen)

I shoot the cheaper 35 whelen Handy Rifle and the cheaper remington core lokts and that combo is awesome in my book (topped w/ a nikon 3x9x40). Off my tailgate I can get down to two inch groups and in a vise even better. Your right that thing hits hard! My first kill was 115 yds it flipped the buck broadside. Around my house I pick it over my 7mm STW...

January 09, 2012 at 10:13am
A comment titled: Ammo Malfunction in response to a report titled: WARNING to Cricket Rifle Owners

I just had a Rem Mod 7400 30-06 w/ winchester ammo do almost the same thing but i wasn't injured bad thank God... I was setting the scope, it was my first shot and the casing of the bullet blew out the back close to the primer. It blew the whole inside action and slide out of the gun on the ground. I got a lil powder burn on my face and arm, i was wearing shooting glasses. It bent some of the steel parts and damaged the clip, lucky the other bullets in the clip didn't go off as well... Just my two bits... Hope your lil man recovers well...

November 09, 2011 at 8:31am
A comment titled: Cook Shack Deer Processing in response to a report titled: Meat processing

CookShack is by far the best around in my opinion... Them boys do not skin and gut your animal, so therefore you don't have worry about the Hair, blood and guts around your meat or the same hands touching it. All your meat is kept separately, cooled and every pound is accounted for. I've been using these guys since they started out in a true cookshack and has now grown into a full business. Prices are reasonable and comparable too, check around before you take this 'JLS' word. Like he said hasn't even killed a deer in 5 years so I'm sure he didn't shop prices before adding his comment. I'm a customer and a supporter of the 'Lil Man', I like eating good deer meat, I don't mind paying for quality and helping some good guys out along the way. If your like me give The CookShack a try and tell them 'Gates' sent you!!!

3 Doe limit and a 2 Bucks limit that is made up of 1 cull buck (any size) and 1 buck 8 point or better or 2 bucks 8 points or better. No bait, food plot only and back the season dates up a lil more.

February 19, 2009 at 10:45pm
A comment titled: Nasty Feet in response to a report titled: HOW OLD YALL THINK/Long shot for bad foot deer

Killed a 5 point in pigeon a few years back w/ blue tounge it's feet looked the same... Or it could have been frost bite.

I wish state law would require us to kill 3 to 4 doe and 2 bucks w/ size requirements. Just my thought...

November 29, 2008 at 5:34pm
A comment titled: Good Buck in response to a report titled: Morganza Buck

I hunt in in the spillway itself on the river side. I like that whole area there, good deer all over...

Which side of Hwy 1 do you hunt?

I hunt in Livingston and The Morganza Spillway and will fish anywhere there is a puddle of water.