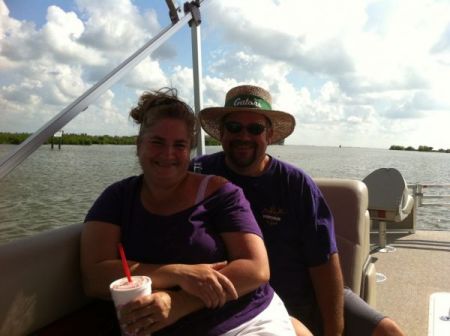 i have a trailer that a friend gave me for my son's 14' hull. it was constructed out of several parts from other trailers, no papers at all. i am trying to get a plate for it. we went to state police troop C and they wouldn't even come outside to look at it... they said we needed a paper from DMV... DMV said we need a vin and receipt from state police.... can anyone tell me what i can do, or who i need to call??

WASHINGTON (AP) -- The Senate has rejected a bipartisan effort to expand federal background checks to more firearms buyers in a crucial showdown over gun control.

Wednesday's vote was a jarring blow to the drive to curb firearms sparked by December's massacre of children and staff at an elementary school in Newtown, Conn. President Barack Obama made broadened background checks the centerpiece of his gun control proposals.

The roll call was also a victory for the National Rifle Association, which opposed the plan as an ineffective infringement on gun rights.

The proposal would have required background checks for all transactions at gun shows and online. Currently they must occur for sales handled by licensed gun dealers.

The system is designed to keep criminals and people with mental problems from getting guns.

The U.N. Small Arms Treaty which has been championed by the Obama Administration would have effectively placed a global banon the import and export of small firearms. The ban would have affected all private gun owners in the U.S. and the language in the treaty would have required internation gun registry on all private guns and ammo.

Astonishingly, 46 of our United States Senators were willling to give away our constitutional rights to a foreign power.

Mary Landrieu was one of them, along with Harry Reid, Shumer, Boxer and Feinstein. She has no business being a Senator from Louisiana as she clearly does not have the states interest at heart. She must be removed!

fellows i'm looking for a post that was on here around april of 2011 by robert.... someone.it was 3 photos of a bunch of redfish feeding on mullet under a wooden structure. if you have them can you repost it. 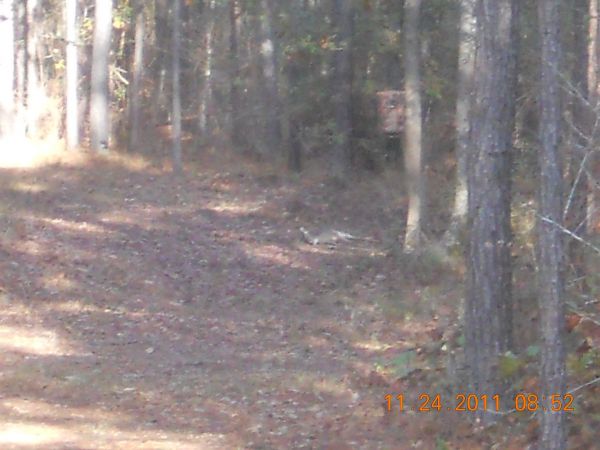 My first time deer hunting I shot my first deer! Dropped it at the feeder from 125yds. 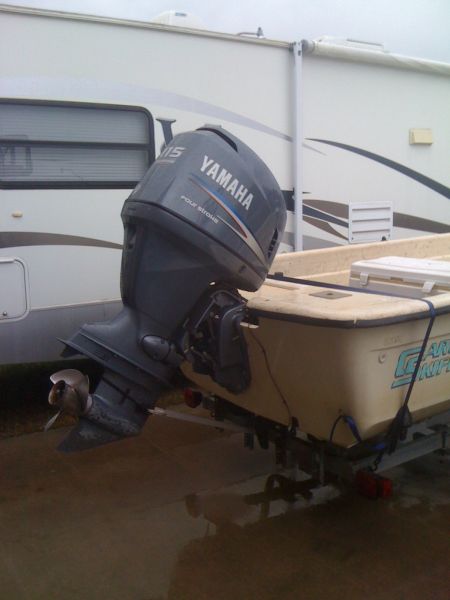 putting it the water for it's fist trip Saturday. Just had Landry's put the engine on last week, and we worked out all the bugs now. gonna head to Dularge saturday and maybe sunday too.
wish me luck!!

Is it possible to go frogging from land? We used to frog from the boat, but mine is broke and was wondering if you could just walk the banks of the bayou and catch them that way? 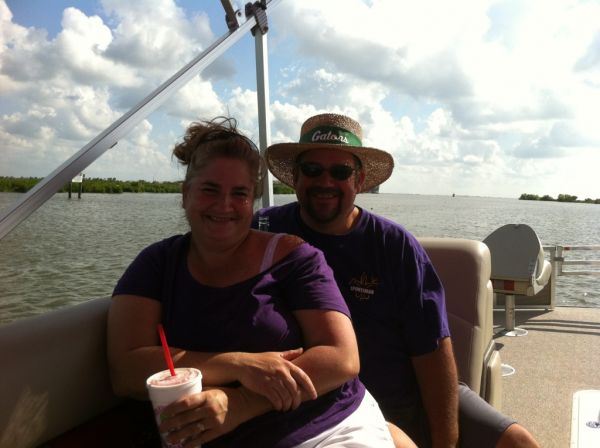 went out on a friends new pontoon boat a few weeks ago!
if you have the means, i highly recommend picking one up!
very nice ride in dularge.
it was nice just sitting back with the wife and watch my son and his grandson have fun on the tube!
thanks Wayne and Lisa!!!

anyone know when trawling season opens in the cocodrie area?

I like to bring the kids and let them pull the 16' for fun.

I haven't been fishing in about 3 month due to work. I'm heading out to dularge saturday with the wife and son. I really need a good 'meat' haul on this trip. can someone give me a few pointers on what and were to go in dularge. i'm not asking for your special spots just a point in the rite direction. 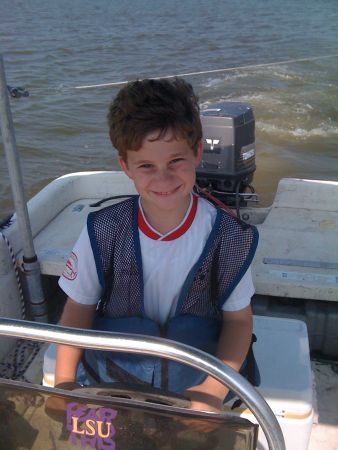 My friend Archie and I found a few hours before the LSU game to bring the boys Trawling. we only pulled for about 1 1/2 hours before the trawl broke. the boys had a blast picking out the shrimp and the crabs for us to boil later that night. it was fun teaching them how to drive the boat with a trawl in the water, and to read the GPS. hopefully he will be strong enough to pull the ropes and boards in soon. 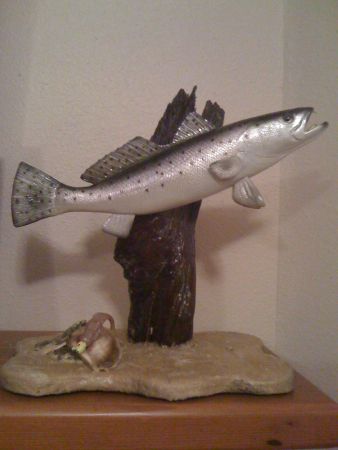 it was a happy birthday for a nine year old!! here he is with his 2 favorite birthday presents. his 88 Saints jersey, and his first fish mount.the mount was done by Chris Holmes, and the more we looked at it last the better it looked. He was very happy with his mount and wanted to know if he caught a bull red if I could have it mounted too. i think the next will be his first Buck. Thanks a million Chris the mount was perfect!!!!

heading to Lake Chico Arkansas next week to camp at the state park there. anyone been there before, or know about the fishing around the lake.
any info would be helpfull!!

leaving tomorrow to go camping at Chico State Park. we are looking to buy a couple of sacks of crawfish for Friday. any ideas on a place that is close to there to buy a few sacks. 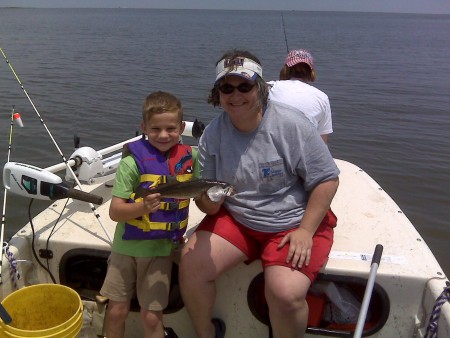 I told my son that the first legal fish he caught on his own , we would mount!

that's it in the picture. well we had it in the freezer and during the power outage from Gustav, the freezer defrosted and the fish was thrown away.

well he has been asking about his fish, I am looking for one that is mounted already. the fish is about 14'-15' spec! I live in Houma, LA I'm looking for some place close that may have one on the shelf!! 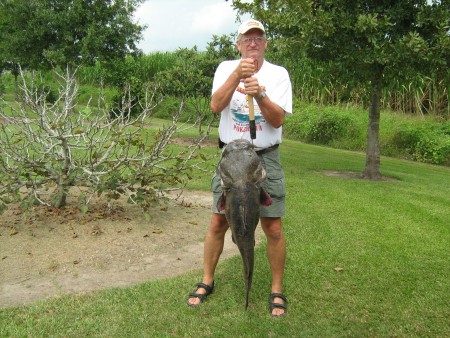 no that is not me in the picture.

this is a video that a friend sent me, not sure were it comes from

fellows,
I was checking my old 16' trawl last night and there is just too many holes to repair it.
i was thinking about going with a plastic string net instead of a regular string net, is it better or should i find a regular ole string and dipped net??

i need to change the springs and hubs on my boat trailor, can anyone offer a little advise to help?

any info would be good info. 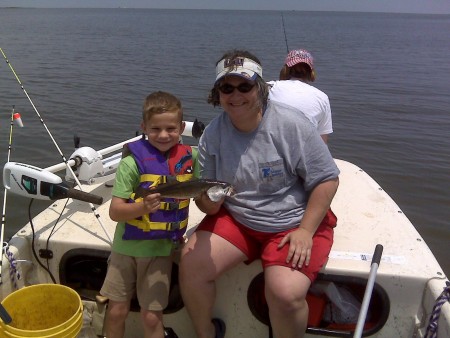 I told him the first legal fish that he caught ALL BY HIMSELF that I would get it mounted!!!

well he did his part and now it's time for dad to put up!!!

the spec is about 17" and I would like a simple board/wall mount...

were in Houma,LA can I get this done and how much should I plan to spend.

thanks.. I'll let you know. the problem will be that there are no receipts, this was just parts he had laying around...

went last weekend and got nothing.... make sure you're legal LWF EVERYWHERE!!!!!

when i got mine in 2007, i test drove them all. i picked GMC cause it was the quietest one i drove. i fiquered if i was pulling my camper for 4 hours, the last thing i wanted to hear was a alot of noise! and the Allision transmission is a beast!!

my first one was like that too. i had to make sure it was thaw and dry. i put the meat thermo in and when it reaches about 58-60 i put it in the oiless fryer. then cook a chicken about 1hour and 45mins.... no sectretes just cajun injector and seasonall

chris holmes i remember you were the fist comment about the pics being around the internet for awhile.

August 17, 2012 at 7:45am
A comment titled: state park in response to a report titled: Camper Hookup

there is a state park rite there. look up La stae parks website.

So to take my kids crabbing and fishing it cost me!!! alot!

like my wife told the Agent 'we are not the kind of parents that just let our kids sit in front the TV all day'.... and this is what happends!!

the best part is I still had to go to Baton Rouge to get the stickers... you can not get them locally!!.. yes a days vacation spent at WLF in BR.!!!!

I registered my boat #'s online and never recieved the stickers in the mail. i called and emailed several times but never got the stickers.
i had a copy of the paperwork and the dates and times written on the paperwork of when i called and emailed. The agent called the numbers in over the radio and i heard them Confirm that the boat was properly registered till the end of 2012...... but in his words, 'it was my responsibility to go to Baton Rouge and pick the stickers up before putting the boat in the water'. the other ticket was for having a crab cage on the reserve. didn't notice that my son had put it in the water.... with no bait!!

went to island road last week. no fish but did leave with tickets from WLF!
not a good day at all!!!

i say post thier names and let the court of public opinion handle it!!!

way to go Justin and remember 'girls like boys with scares'.... makes you look tough!!

fish them till they drop!!

keep up the good work!

January 10, 2012 at 8:32am
A comment titled: Sorry in response to a report titled: Prayers Needed

Sorry to hear that Capt.
Hope all goes well for her.

just a dad that likes the outdoors, camping, fishing, hunting, and drinking a few beers.