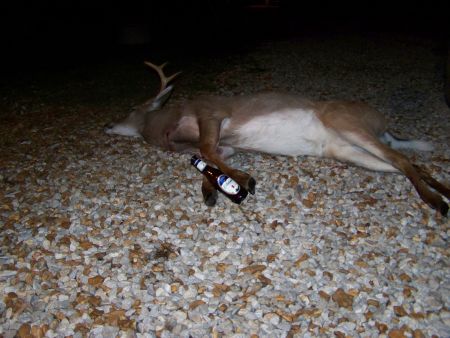 what would you do

prop in response to a report titled:  prop

what would you do

I have a problem. just cleaned my boat and rods. and have tomorrow off. I want to go run the boat and maybe catch a fish. but don't know wether to go to rigolies or lake verret. I had heard you could still use bayou corne landing. what to do? bream and bass or specs and reds.

i was just cleaning up some hunting stuff from last year, and came across half a stick of ever calm deer herd. i was woundering if i should toss it or is it still good? i thought it worked well last year, had a doe and fawn walk 3 yds form my ground blind. and she came from down wind. my son was with me and that along made it a unforgetable trip.

it is gettin close to the time when we all get the duck itch. i was thinking of gettin a new motor for my duck boat, and have a question. surface drive or long tail. long tails have been a staple for ever. but the surface drives have there percs. i like to idile through small grass filled canals for frogs. can the surface drive do this. and i heard that the sd doesn't do well in the loggy stumpy hard bottom places. but i am sure that it would be fun to jump the levis like i see on youtube.

i have a 2010 yamaha 90 four stroke. wide open it is turning about 6300 rpms. this seams alittle high to me. so if i change the prop will that lower the rpms?

i want to let my son shoot a deer. he is 8 and i will be in the stand with him. my question is: does he need his own tags orcan he use 1 of mine? thank you for your help.

is the flounder run still on. trying to get away.

i have been hearing all the talk of this flounder run, and would like to try my luck. the thing is i have never done this before. is tomorrow a good day or monday? any information would be wounderful because i know nothing of fishing lake p. please help and thank you. 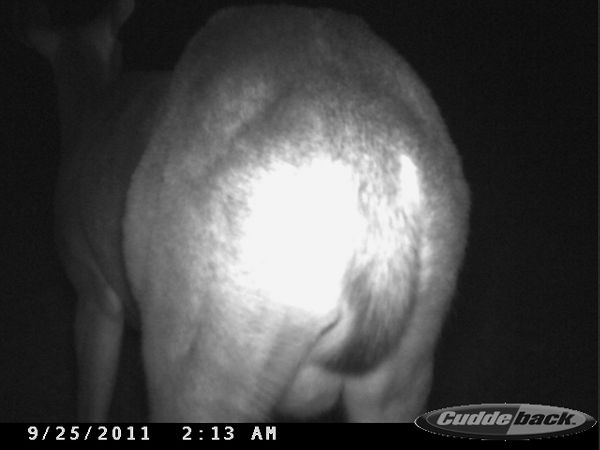 what are the catfish doing in verret

do you need a trappers licence to put snares out for hogs.

do ya'll know if they still do lottery hunt on tuesday and thursdays at sherborne southfarms. the website doesn't have anything on it.

is there anywhere near zachary that sells catpila worms. thanks.

it has come to my attention that, this weekend is a state tax free weekend. does this apply to atvs and boats? someone told me that it might not apply to receational vehicles.

what are ya'lls veiws on the new primos game cameras? i got one out right now testin it, have not went to get the card yet.

need to replace my pirogue. been lookin off and on. now woundering about these kayaks. what would you get? need something to hunt and fish out of. and are those kayaks stable enough to duck hunt out of.lookin for the most out of my money. thanks.

are ya'll happy about the weather. here it is october, and 93 degrees outside. sit on a deerstand and you might dehydrate. but those few souls that are braver; good luck.

where is the best place to buy a go devil? looking for flat boat or crawfish skiff also.

i need some info on the easiest way to skin a gar. just started bowfishing. and gar seem to survive the storm better than anything. thank you.

have the day off tommorrow for my birthday. want to try to fish bayou corne and upper verret, what are the fish doing here? are the catfish still around the trees in the lake? thanks

lookin for a new boat and motor, want yalls opinion.i need a 14' or a 16' boat to do everything. i mean catch reds in grand isle too catching frogs in bayou pigin. is there a such thing. thought of a crawfish skiff with maybe go devil surface drive. what do yall think .thanks

would it hurt to go ahead and change the prop. that way i wouls at least have a extra if i ever needed.

thank yall, i already got him his lifetime.

December 16, 2011 at 9:26pm
A comment titled: thankful in response to a report titled: What are you thankful for?

i am thankful for the memory of my eight yearold walking out and helping me pick up the decoys. i hope i never forget the way he looked in his first set of waders. and legos, at the end of the day i enjoy playing with my boys and thier legos.

November 24, 2011 at 9:37am
A comment titled: hat in response to a report titled: Where to buy Frog hard hat light in Baton Rouge?

i got mine from spillway sportsman. i love it.

i see the wind is going to be about 10 from the se.. is the wind like that a factor that i should worry about. i guess lake verret has me wind shy.

September 11, 2011 at 9:04am
A comment titled: The lake in response to a report titled: Lake Verret Area

The wind has been the down side to lake verret. I have been going as much as i can. The wind has everything muddy on the north end. Have not caught any great numbers. But you never really know until you go for yourself. I mean someone has to be that guy you know that had the great trip the otber day.

i think it is up. i hope it is not in the camps yet. i would like to go this weekend. if the wind slows alittle

used it today. nice product. cleaner and easer on the hands than a spoon. have not tryed it on alot of fish yet.

been looking at pirogue.com and paw paw's. but dick's got a good deal on a sit on top kayak?

what would be the best and most staible pirogue

i sure hope so.

good luck if you wade amonst them

lots of water. might do better with a peirro than a blind. you will be taken a risk hunting on the ground during doe days. ( red river looks like a orange grove) does not really matter where you go on it.

November 17, 2009 at 8:57pm
A comment titled: calls in response to a report titled: Duck Call Question

i won a smoke rnt acrylic on ebay awhile back. love the call, it has been dependable no matter what the weather. it may mess up this weekend.( hope not) other than that i use a couple of wood calls. i tell my wife calls are like fishing baits. you need more than just one. you never know what they will be biting on that day.

i ran over a couple black runners last week while, i was plowing my fields for rye grass.

October 23, 2009 at 7:11am
A comment titled: later in response to a report titled: warm weather means few ducks

sounds good to me. i heard it is already starting to freeze up north.that should help us alittle.

there is more and more hunters. and it seems to be gettin harder to see deer. you almost have to wait in line to shoot ducks.

i work for the baton rouge fire dept. and i greatly enjoy all the outdoors that louisiana has to enjoy.