how much is a 92 skeeter bass boat 17 feet 8 inches with a 92 115 mariner outboard...trolling motor , 2 depth finders, remote steered, in good condition considering its a 92 model... how much is it worth?

when do people catch catfish in the river in stfrancisville? anytime? is there a launch somewhere in stfrancisville to git to the river? i wanna learn how to catch catfish in the river...never done it before...what river stages are best? and rising or falling better?was lookin at google earth and i see a creek or something flowing into the river...is that a good spot lol? i just wanna get some info cause in the future i might start fishing there..

ABOUT THEM DADGUM FREAKIN ADOPTION THING SCAMS IN THE CLASSIFIED ADS...NO I WASNOT SCAMMED BUT U CAN CLEARLY TELL THEY ARE ALLLLL SCAMS....SOMEONE TAKE CARE OF IT!!

are there any inspection sticker places around zachary/central that DONOT hook up to your computer to check for service engine soon light on???...also i HEARD that jonesville doesnot check for SES light, is that true? anyone know?

i was about 200 yards from landing, my truck was only truck at landing, coming back around 9:30..was trolling back with lights on and herd a vehicle taking off from my truck then got on the highway and turned its light on and floored it...i think they must drove into the landing without any lights on also cause i was watching out while i was fishing. got to the landing and from bottom of ramp to truck was about 80 yards, that was a scary walk, never know if someone coulda dropped someone off, someone coulda been hiding behind a tree, man was that a scary walk to my truck in pitch darkness, this time i was fishing by myself too. so i thought for sure i was gonna walk to my truck and glass be broken and everything stolen, but everything was fine...if i woulda been 5 minutes later, i believe it woulda happened. wehn i park my truck at this landing, i alwasy park underneath the night light. im glad nothing got stolen but does anyone have any suggestions wut to do when parking at a ramp at night? i love that lake but this was quite scary.

anybody use zote soap for catfishin with rod n reel?

the thing that has 4 indicators, oil pressure, low oil, hot temp, and sumthing else. when you turn on ignition switch, they all light up , then beep then turn off to check if them pressures etc are ok before u start engine. wut is it properly called , thanks.

LOL!! hes looking around trying to find that doe man.http://www.youtube.com/watch?v=g0P96jrfDxI&NR=1

had never thought much about looking at the lunear periods best times to fish etc, friday night i looked up saturdays and said best time to fish was 6 am to 1010am. well sat we fished from daylight till about noon and i was amazed at how we stopped catching fish around 10:30. anybody actually use these lunear tables related to how u plan yer fishin trips?

saturday morning we caught 26 bass...every big bass we caught were males and were 4-8 feet off the trees. every small bass were females and were hugging the trees. we thought the completely opposite before we cleaned them. anybody know that means about the spawn?

1999 johnson fast strike nitche..idling too high.can the idle be adjusted or is it computer controlled? or can i adjust it from the hot foot? thanks.

trying to git info about a special deer permit to shoot deer with diseases or really bad genetics in MS. if their is such a thing. thanks. 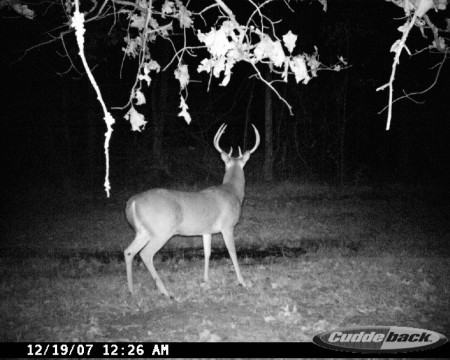 i think this is the deer i passed up saturday evening..how old is he? thanks 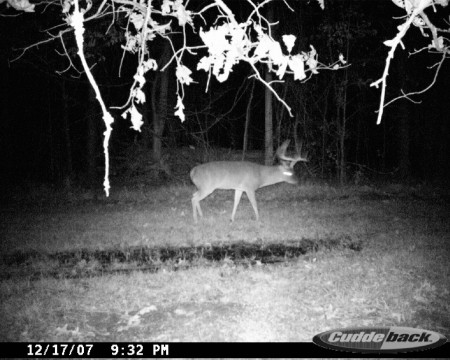 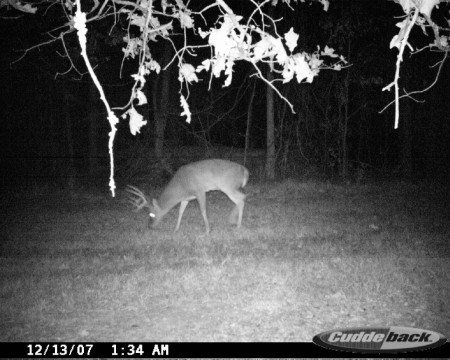 this is the deer ive been hunting. i know its a terrible angle but how old do u think he is?

anyone fish that lake today??

does anyone know if there is any public hunting land by the old river in ferriday? please email me if u know thanks.also would like to git some fishing info about that old river 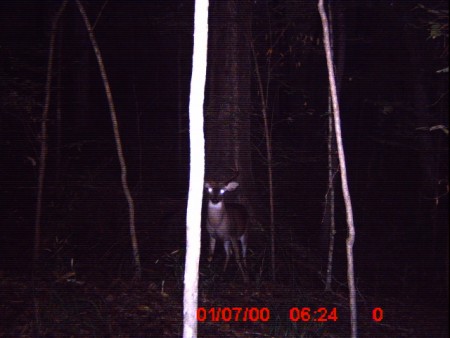 this first picture is that a one horned buck its hard to tell? and 2nd pic is he 2 1/2 years old?

anyone ever hunted bayou cocodrie refuge ? email me if u have, i got some questions, thanks. 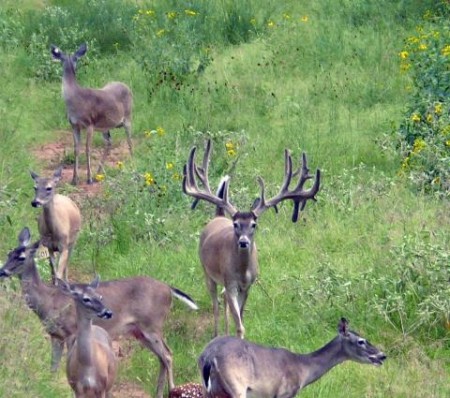 yup baby cottonmouth...i live in central which is right by zachary and aint no copperheads around here...too far south i think....there are MILLIONS of cottonmouths around here tho...by the way baby rattlesnakes also have green/yellow tails

if its jammed in there man gonna be tough no matter what...may even have to heat the needle up with a torch..other than that i dunno, bad situation u going on there lol...may want to set it to where needle can fall out and put a piece of wood over other side of carb and hit piece of wood with a hammer but not too hard to where youll tear some stuff up

probably made by mercury..a cheap engine....i would check compression and stuff..i THINK the parts are becoming more and more harder to find for forces, thats what ive heard anyways..3k$ sounds kinda cheap for that rig so i would definetly check everything over real good ...u never ever know man, one day after u buy it the engine could blow up OR the engine could last for 100 years without a single problem...all u can do is do a good long test run and make sure evrtyhing is good...aything u buy that old is a gamble...

yeah the special tool is around 300$...ford is retarded , they wont admit to there problems..the PROBLEM is the carbon build up in/below the plug threads causing them to seize up....the only way you can void this is to change the plugs more often, and put antisieze on the threads...my brothers truck he used to have 99 f150 5.4 motor, he had what they call a plug blow out, the plug shot out the head and hit the hood, that happens because the HEAD threads are too short...such a stupid design..he ended up having to get a whole new head ..

havenot been to spillway since katrina.....im wondering how the fish are since the hurricanes?...might take another year or two (without hurricanes) to see good numbers at the spillway? am i right?

ok, spray some starting fluid in throttle body and turn it over...if it fires then uve got a carb problem..if it doesnot run then uev got a weak spark/spark at the wrong time/ or a compression problem..

first things first..loosen drain screw on carb to see if u gittin fuel from tank to bowl..

sorry but your engine cannot run with the vent closed...it will eventually starve from fuel and shut down...unless of course u got a vent leak

you can check fuel line/bulb etc....take off fittings on each end, put tank side in bucket of water...pump bulb and before/while releasing bulb put finger over engine side of hose..do that a few times and u should be able to squirt steady water a few feet...if that works out fine then u have eliminated hose/bulb.....do that and report back..

where can i catch one like the one in the red shirt?

June 09, 2009 at 1:42pm
A comment titled: fdfd in response to a report titled: Trailer tire question

i dont know much about trailer tires but ide like to share some knowledge about vehicle tires...to know the recommend tire sizes AND recommended tire psi for front and rear tires just look in your front drivers side door jams and there will be a sticker telling you all of that...

no dont spray wd40 in it.....just remove cowl, and while turning engine over spray some starting fluid in throttle bodies and if it fires then u know its a fuel problem..

LOL what a beast

saddaddykiller has not filled this section yet.