Hundreds of boats and wade fishermen fished Elmer's Island on Saturday and the trout didn't disappoint. We caught them on Matrix Shad Lemon Head plastics. Hopefully these fish will stick around the beaches for a few more weeks. Here's our Sportsman Report along with beach tactics from trout expert Tommy Vidrine.

Sportsman fishes with Spro and Gamakatsu who give tips for catching red snapper. They fished out of Port Mansfield Texas.

International womenâs fishing club breaks tournament record in Venice...June 11-13
They landed and released an unprecedented 784 bull reds on artificial jigs and 10 pound test ð²
fishing the shallow bays on the east side of the river near Main Pass. 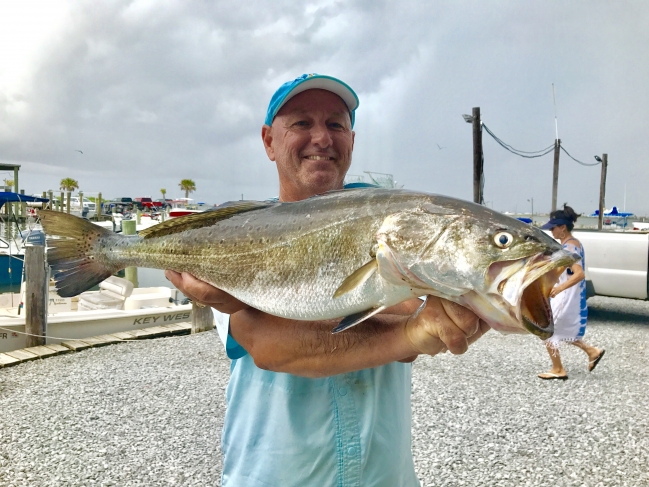 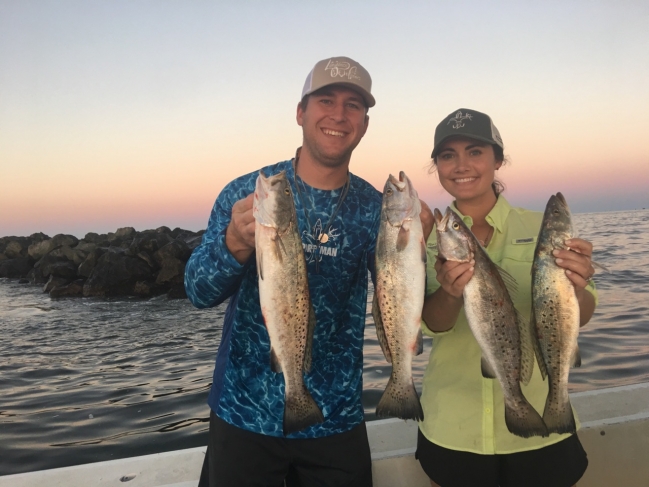 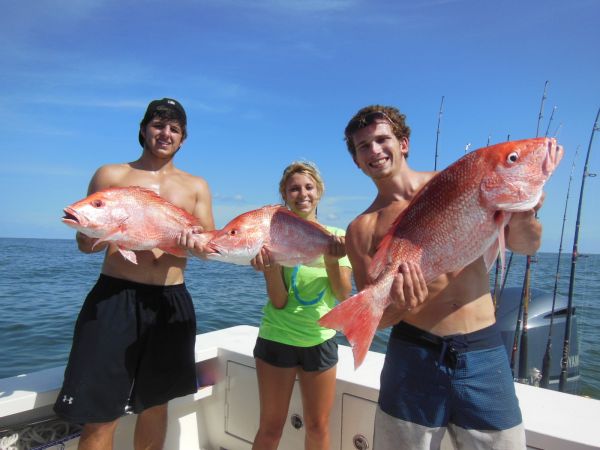 We found huge snapper in West Delta 25 miles out yesterday. Went to one rig and could see plenty of fish but no bites. So we moved to the next rig and found very hungry fish that readily fed on our pogies and squid. 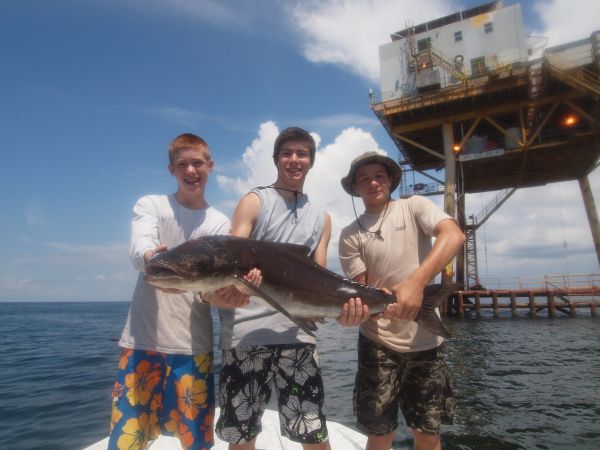 Big trout and cobia were all over the Bay Marchand rigs last weekend. Florida water helped us deal with the searing heat as we had the good fortune of hooking into six BIG lemonfish. We could only bring two in because of our light speck rods and a faulty gaff. We caught the fish on live croaker while fishing for mangroves. Wyatt and Atticus Redding and Jared from New Orleans had a blast!!! Too bad we can't go this weekend, but look for our ugly boat Labor Day weekend. We will be there!!!

I talked to Capt. Tommy Pellegrin and he said he has heard reports that the cobia have shown up at the satellite rigs there -- He also said the trout bite in Terrebonne Bay has exploded the past 2 weeks which is very unusual for this time of year. Hope this helps.

Theophile Bourgeois has a wonderful place in Lafitteâ http://www.neworleansfishing.com/
Check him out:)

If momma is happy...we all happy!

Stay away from the dive boats -- We got too close and had a warning flare shot at us!

if you're going out of Fourchon - you don't have to go very far for cobia right now -- they were all over the Bay Marchand rigs from 1 mile to 14 miles out when we fished there last weekend. We hooked 6 and brought in 2 on live croakers while fishing for mangroves and speckled trout. Captains also came in to Bridgeside Marina with plenty big yellowfins and amberjack. They said they caught the tuna 50 miles out. Good luck with your new boat!

Fishqueen4 has not filled this section yet.