I have decent offshore experience in rigging, cleaning boats, Gaffing fish. I am also willing to pay my share of fuel and ice expenses. I am Christian, married, and do drink a bit but never get smashed and don't smoke. Reply if interested in adding me to your call list.

I heard a LDWF spokesman on the WWL Radio Don Debuc show saying there was absolutely no transport of Rosocane this year due to the scale disease they are having. Is this absolutely true? 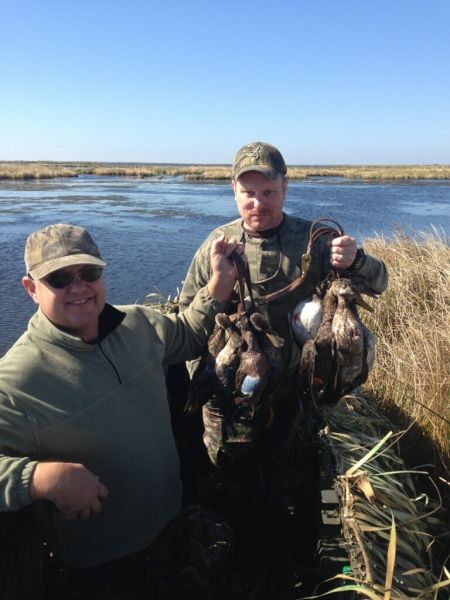 Here's a few Pictures from the 2013-14 Season. I had a chance to go 9 times and ended the season with 26 ducks. Could have shot more but passed on some divers and spoonies. 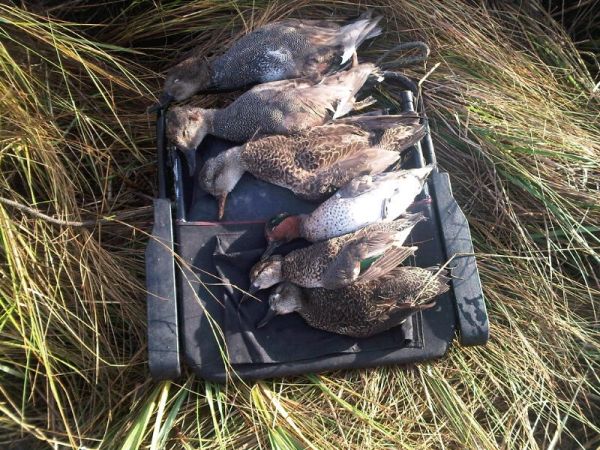 Been hunting in the southeast part of the state most all of my life. I swore I would not get a waterfowl boat but getting up in age the pirogues are getting harder to lift. Was thinking about a 16x48 or 15x48. What height sides on a flat boat should one get? Was thinking about the 27hp or 35hp go devel surface drive? Also what are anyones opinions on those 2 engines.

No my question is, If its not allowed, can you use other vegetation. We've don well with bamboo. If that is allowed I will be selling some. Thanks

I would not plan on finding a lease on here. Best thing to do is meet fellow duck hunters, go to DU, Delta, meetings. Hang out at the boat launches and ask people. Most duck leases are word of mouth. If they are advertised, then probably not worth the money. Just my 2 cents I've been doing this for 30 years and the common man is getting priced out of the sport. I know people with leases and I give them a few hundred bucks a year to help them pay for the leases in exchange for taking me hunting. Good luck.

cc0710 sorry I came off a little strong. I think that music just totally freaked me out. But anyway, have fun, keep safe. good luck next season.

Let me guess, you blast that music out of your jacked up 4x4 on the way to the launch too? Seriously man where does that music come into play with waterfowling? Chicks don't like that stuff man. And if you find one that does, she ain't worth marrying.

Perhaps a couple heaps of fecal material in your blind would help you determine you put up a blind on PUBLIC PROPERTY. AYFKM??? Give me a break !

November 03, 2015 at 6:43pm
A comment titled: Re: Trepassing in response to a report titled: Trepassing

There are a lot of good points brought up here. Many people have told me that the school board owns a lot of the land out of venice.
But trespassing on land with a clear deed is just plain wrong. Also stated was that the 'state allows water bottoms to be private'. And this is true. That is why coastal restoration will never take place here. Who gives a crap if private property slides into the gulf? Why use public money to fix that. let the property owner bare the cost of restoring it if they so choose.
I have also had guides in Venice tell me 'its not worth it to have a lease down here....the ducks move to much' You have to move with the ducks. All that being said is why I don't hunt down there anymore. It is just not worth it.

Good Idea if it could work. You have to deal with the landowners to get it to work. Everyone is subleasing and selling club memberships. There is something like this in the hopedale area. I could find out contacts if interested. I think they got like 12 blinds avialable. And you log in the night before you hunt. Sure I would be interested if there was a set of rules everyone would adhere to or get thrown out.

January 14, 2015 at 9:23pm
A comment titled: No late seasons in response to a report titled: Duck Season Dates

You absolutely cannot have a duck season that goes into Feb.. Any biologist worth his salt will tell you ducks are pairing up in Feb.. Once a duck looses his mate after Feb. the chance of having a breeding pair goes way down. Duck season in Feb. would be counter productive to the resource. If you are not shooting ducks in Nov. you need to get a better property. Your problem is definitely not the season.

I ended up going 9 times and finished the year with 26 ducks. Went some with guides, some with friends. Shot teal, gadwall, spoons, and a couple mallards. (one being a green head going on the wall). Already looing forward to next year.

January 24, 2014 at 7:04pm
A comment titled: Leave on ground or standing? in response to a report titled: MY OPINION

I hunted with a guide in MS that had the farmer leave some corn standing. I do not believe that is illegal (but I'm not sure). Left standing just means not harvested. If it's on the ground, my guess that would be baiting. But you better check the regs to make sure. Ducks are not worth going to federal court over.

January 12, 2014 at 9:21am
A comment titled: Choose to support in response to a report titled: Ducks Unlimited

I choose to suport DU as a sponsor, and if you hunt ducks you should also. Without DU the breeding grounds would be corn fields PERIOD. As stated earlier, the coast is not healthy anymore. They found rat droppings in a salad bar in local restaurant. People choose not to eat there. Same thing is happening with the ducks. They are choosing not to eat here. Restore the coast, reduce the shooting pressure a bit, and have a cold winter and you will see, they will come back. Until then go to Kansas and Missouri and hunt and give them some pressure to come here.

January 09, 2014 at 8:37pm
A comment titled: Just wondering in response to a report titled: View from Gueydan

Just wondering. Do you think you may have just shot all the ducks that migrated to your area over the past 30 years? Let's assume you and your family 'migrate' to the beach in FL for a week every summer. One year everyone in your family gets shot by a terrorist on the beach except for you. You going back to the beach next year? Think guys ! Save some for next year ! People in LA been known for killing sacks full of ducks everytime they go hunting. Breaking the law was a way of life. Maybe the chickens are coming home to rooste. Our coast is going away and so are your ducks.

Thanks. Kinda to pricey for me. The amount of money and distance too much. Thanks. Good luck with rest of the season.

We cannot change the weather or the hunters. Here are a couple suggestions: Some may not be too popular.

1. Use a non profit to form a group and make and place wood duck boxes in nesting areas. and put Mottled duck nests in the marsh.
2. Lobby the state to put Mud Boat LAA on WMA's and enforce.
3. Lobby the state to volunteer to decrease the limit to 4 birds so people will leave the sport. ( my best hunting experiences were when we had a 3 bird limit in the 1990s)
Just a couple thoughts, let me know if I can help. Good Luck.

Based on what I've experienced and read on here. Road trip to Arkansas would be in order. Or find a little slew locally with some oak trees on it and shoot some woodies. good luck.

If you don't mind me asking? what does a pit blind cost for a season? What part of the state is it in? I was thinking about doing the same for next year, but based on what you are saying this may not be a good choice either. Thanks

I don't have one yet but will soon. It's the only way to hunt these days.

If you don't want them on your property the set some traps and put up signs. Sunken unmarked crab traps, Cinder blocks with barbed wire strung between could really get people to begin to respect your property. Not saying you should do it, but the wire thing really works for our troops keeping the enemey out of the wires.

fishnhuntdude has not filled this section yet.