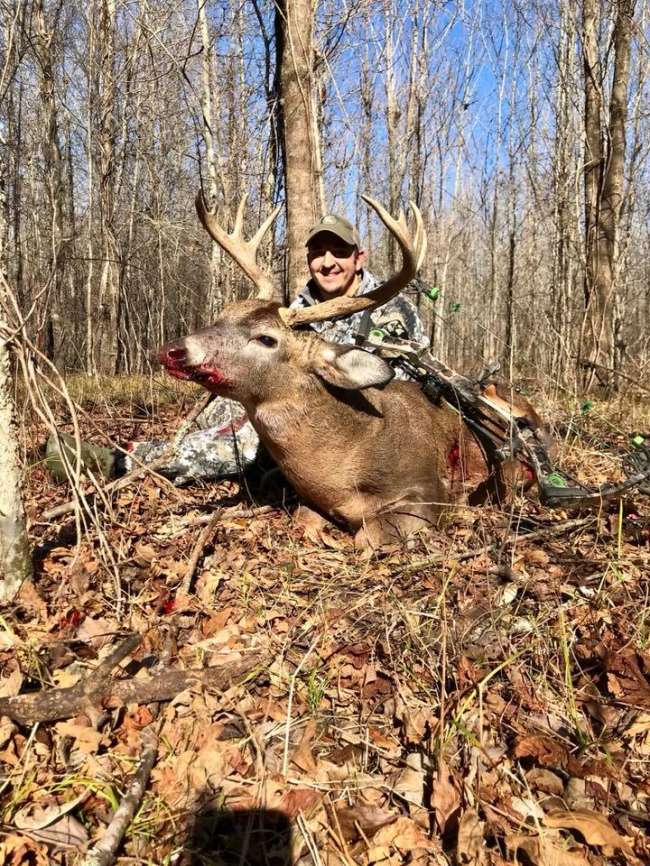 Rutted up, chasing a doe. 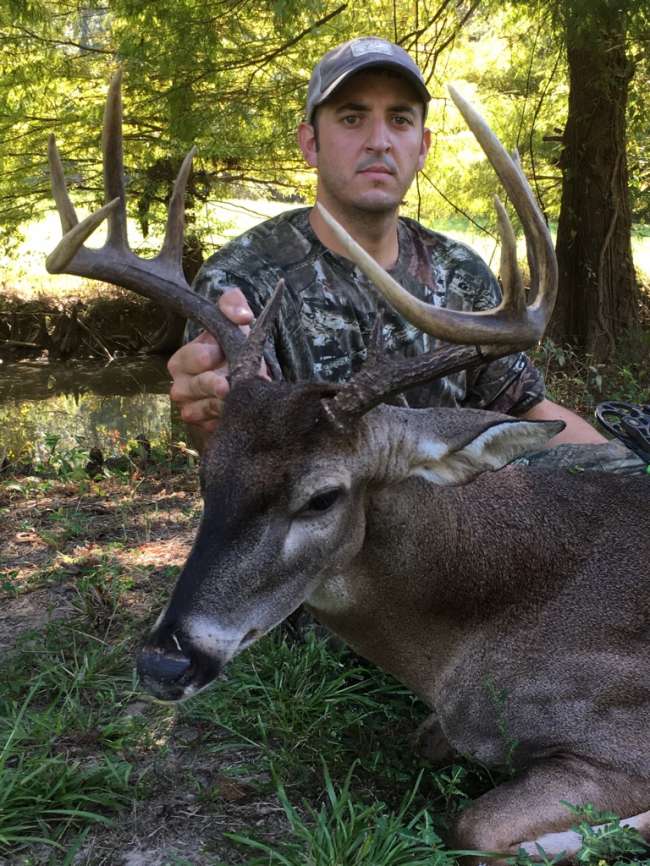 The morning of October 7th started out just like any other morning during bow season, with the coffee pot alarm going off and hunting gear being loaded up in the truck. The area that I hunt is completely surrounded by water so the only means of access is by boat and then either pirogue through the swamp or walk onto a high ridge. After my boat reaches the island, I have a 3/4 of mile pirogue ride through some small sloughs until I come to the ridges where I hunt and from there it's about a half mile walk to where I'm hunting. This certain area has several oak trees that are dropping lots of acorns and the deer are hitting them pretty hard. With the rut right around the corner I was hoping for a doe to possibly lead a buck right under the trees I was at for an easy shot. So here I am 25 ft up in my climber, hot and sweating some from the long trip into this spot and fighting off mosquitoes until my thermacell gets heated up. Daylight has come and the squirrels start doing what they do in the top of the oaks and for the most part they have all of my attention. 15 minutes has went by already and I just happen to look to my right and there stands this deer 20 yards away quartering away from me, I notice he has a large rack and I didn't take long on my decision. I pick up my bow and release the arrow into the air, the shot was perfect and after a 60 yard sprint I could hear the deer crashing into the ground. I stayed in the tree shaking for about 15 minutes then got down to see what I had done. Without having to do any tracking I walk straight to the deer and was amazed by the size of this majestic animal. After a few pictures and text, the work began and I played back and forth in my head what happened and how exciting this adventure was. I was truly blessed on this day and still playing what happened in my head. Now it's time to get back out there and continue doing what I love. 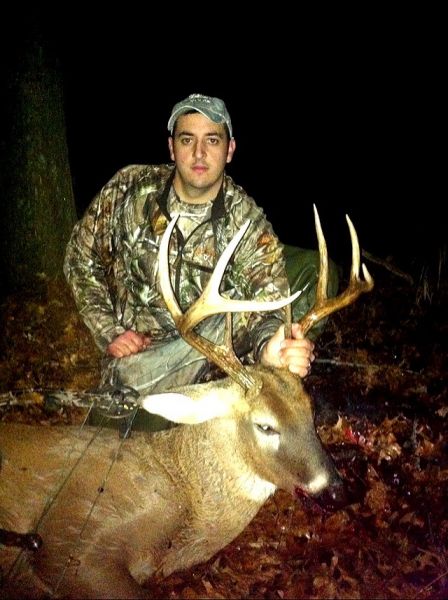 I was hunting a acorn flat that I've been seeing a lot of does feeding in and I know the rut is close so I figured the flat would be the best choice. That evening I had two does 60 yards in front of me feeding under the oak tree and they stayed there most of the hunt. Well about an hour before dark a notice a big body deer behind me, taking his time walking towards me. I get ready and I notice there's a doe behind me as well, and they were both headed straight to me. The doe came pass me first, which brought the buck in right behind her and giving me a 12 yard shot with my bow. I took the shot and he fell right there, no tracking job! He green scored 139 inches and weighed 220lbs.

On November 5th, 6 oclock p.m. I got a call from the Vinton voluntary fire dept. that a 74 year old man had went hunting on the Sabine Island, west of Vinton, La and has not returned. We began to get people together to help with the search along with Calcasieu Parish Sheriff Dept and Wildlife and Fisheries Agents. At the time no one had where abouts where the man had gone hunting on the island, with the island surrounded by water, a boat is the only access and it has sloughs and bayous going through out the island. So the first objective was to find his boat, not far into the search his boat was found. The area where he had went into was very thick brush and lots of sloughs, so it made it difficult for walking. From the information we got from his son-in-law and his hunting buddy, he never hunts far from his boat and hunts from the ground, so we figured the search would be easy. Was we ever wrong, we searched high and low through some of the toughest and thickest woods louisiana has to offer. We hollered over and over and no response. We later got information from a family memeber that he had left to go hunting that morning. We knew it couldn't be good for him to be lost in the woods for that long, so that just pushed us harder to find him, we were very determined to get him. Around 1 o'clock a.m. we could hear something that sounded like an old cow horn and wasnt sure what we were hearing but knew it had to be him making that noise. We kept getting closer and closer to the sound of the cow horn, hollering for him. We finally got close enough where we could hear him holler back at us. To hear him holler back was the biggest sign of relief. We finally made it to him, which was 1000 yards from the water and around 4 miles from his boat. Hard to believe that a man of his age had walked this far. When we had got to him he was very happy to see us and said he had done found a place to settle in for the night. I had asked him what was that noise that sounded like a cow horn and he said he was blowing through the chamber of his shotgun through the barrel, this sound was heard from a mile away. He told us that a limb had hit him in the face causing him to lose his glasses and knock him unconscious for a little bit. Just like any stubborn old man, he wanted to drive his boat back, but the sheriff wouldn't allow. We got him back to the boat launch where his family was waiting. It was an amazing sight to see him reunite with his family. He had God to watch over him through this adventure he had been on. Just remember next time you go into the woods bring a gps or compass and let someone know where you plan on hunting and always be safe!

With the opening week of bow season temps being in the 70s, whats the best choice. The white oak trees are full of accorns and im sure they are about to be falling and deer havent started useing there primary trails, I dont want to go in there sweating and ruin a good white oak flat. What would you do?

Duckhunter2007 has not filled this section yet.