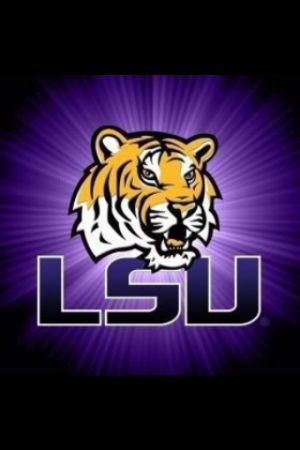 Anybody have a clue when the season will open and what the limits and time frame we are looking at this year? We nailed a few 36 inch snapper last weekend and had to release them. They sure would have made some pretty blackened fillets. Thank you all in advance!!! signed : Capt. Motorhead

How close inland do the Cobia actually get? I am interested on getting in on the action but don't want to travel too far offshore in the 21 ft bay boat. We usually fish our of COCODRIE but we are not opposed to position ourselves geographically for success. Thank you in advance yall!

Anyone give hwy 90 a jig yet? I would imagine if the trout and flounder are in transition, hwy 90 bridge would be a good holding point. Maybe even the I-10 bridge could be holding some flounder on the bottom around the North end? Just looking for some feed back. Prob going to load up next week and give it a try. We went last Thurs night and found plenty of trout under the lights North of the hwy 90 bridge. As always thank you for the feedback!!

Is the old Dockside launch still operable? I know the bait shop is closed but the launch should still be running huh? Would be nice to launch there for the fall trout hunt!

Took my 2 little ones out Sunday and launched out of Dockside. Picked up some Dockside live shrimp(stayed live all day by the way) and headed out early before the tide stopped movin. Early on the lake was pretty rough with the south west winds, so the south shore was the cleanest water I could find on the trestle. Picked up one nice 22' incher on a Matrix shad magneto. Kids had live shrimp and wasn't hittin on crap??? Made a couple moves with no real success other than a few hardheads, then the tide went flat. Picked up and ran around a little bit. Boat riding and swimming with the kids until the tide started to move again. Went back to the trestles with a strong incoming tide and set up. NOTHING! Not even a sheephead or drum on the live shrimp. I caught one knothead trout on a matrix midnight mullet. It was really strange because I could see lots of bait in the water,the tide was moving, and I had 3 lines out with 3 different setups fishing the trestle on the pilings and throwing out about 25 to 30 yards off the pilings too. Everything I have had success doing before wasn't working. Some times the mullet were stacked up so much you could walk across them! As the evening progressed I tried the whole tackle box,topwater and all. Disgruntled we loaded up and left around 5:30pm. I spoke with quite a few locals that fished Sunday and said it was rough them as well. Pontchatrain hasn't been very nice to me latley but its the closest body of water to me that holds the Elusive speckled trout I seek. Anyone else find tough fishin Sunday in the lake?

I have had good sucess fishing the tides but was wondering if anyone had a technique or suggestion on fishing a flat tide. I have been considering a chum set up for such occasion but not sure if that will work quite like I think. I am new to the salt game but feel like I have fared well in my learning curve for specs and reds almost anywhere I have fished. Any help would be greatly appreciated, and hoefully there are a few more that would benifit from this post.

I'm really suprised there havent been any new reports this week with all the warm temps weve been having. From what I see the water temps have recoverd close to 60 degrees in the shallow honey holes like Catfish lake. That outta make the trout down right explode Right?

Thanks guys, sounds like it will be a lot like last years season which in my opinion wasn't bad at all compared to the past few years! Tight lines yall!

That's encouraging! We usually bump into them throughout the summer, but haven't boated one yet. May have to wet a line.........

Ten four Cap! Thanks for the good pictures and info on our tasty friends!! We usually put in work when they are in. I have never been on an 'epic' tuna bite but the hard work pays off for us when we find them. One or two yellowfin can really make the trip, I cant imagine a limit hahaha. Thank you again for sharing and responding!

So what is it gonna take for them to start moving in? We caught yellow fin behind the shrimp boats in the middle of August 2 years ago. Doesn't look like that is going to happen this year, unless they just one day up and push in with a certain moon phase that triggers them hell I don't know.

Man that's nice to hear! Are they still pretty far out? Last I heard was 60 to 80 miles.

Outstanding catch capt!! We were out of South pass Wednesday the 23rd, trolled a couple rigs and picked up 4 Wahoo. Had trouble chumming the Tuna up in 1200 ft of water, and 7 mile was nothing but kings and jack crevelle.

AWESOME CATCH!
Wish we could have found those keepers when we were there HaHaHa. We actually started in the mouth of Sevin canal where it dumps in the bay that morning. We picked up a lot of 11.75 in trout and a ton of white trout. Sounds like we just missed the keepers by a week. Thank you for getting back with us, and glad you had a productive day! Tight lines!

Man we went this weekend and caught about 100 trout. Unfortunately only 5 were keepers. We hit multiple sets of diving birds from Bay Negreese to Madison bay. Fun day for sure but a little frustrating with not very many keepers. 5 trout and 5 reds. Threw back a few drum and gaftop. It's been a weird year in Cocodrie for us. Lots of undersized trout unless we went to the DU or Fourchon. Hope it gets better as its my favorite area to fish. Good luck, please let us know how yall do!!

I'd put in at Tradewinds and head out of Sevin canal. Plenty of trout in that area. Look for the oyster markers and set up a drift.

So no real certain depth to start looking for? I mean we have rigs in Cocodrie in 15 ft of water but I wouldn't think they would be that shallow. But then again I have no idea.

Wow guys thanks!!! I had no Idea they came in that close! I went offshore for tuna with my friend about a month ago and caught my first Cobia. We were like 40 miles out of Grand Isle. Man they are a great fight and some great table fare!!!

What area? Dularge Cocodrie? I've been wanting to get a night trip going. Was looking at the Mardi Gras rig.

August 09, 2016 at 10:32am
A comment titled: BY MYSELF in response to a report titled: while drifting does anyone leave a rod in the back to troll

Usually when I fish by myself I throw plastics out the front of the boat and throw a line out the back with a rattle shrimp, rattle trap, or she dog depending on the bait I see in the area. I don't always catch fish on those lines out the back of the boat, but at least every other trip I usually end up with a Red on that line. The trout have hit it before but the reds usually crush it.

Good report. Short and to the point. Will be heading out there Friday to scope the scene!

I've always wanted to learn a lil bit about that area. Is that a Morning trip and Evening trip?

Me and a friend went a couple weeks ago and hit the rigs. Caught a good mixed bag on live shrimp but didnt find them till 2 oclock or so. Lots of throwbacks at the rigs with the usual bait stealers. Havent fished any shoreline in Borgne yet but will. Always trying to learn new areas. Nice catch guys!!!

September 18, 2014 at 7:46am
A comment titled: Thanks!! in response to a report titled: Confusing Sunday

Thank you everyone who replied. Now I don't feel so bad LOL. Any suggestions for this weekend with the hard tides and full moons? Those 2 ingredients should turn em on but 10 plus mph winds out the s/w may not help. Thinking bout hitting up Chalmette around the great wall/lake Borne marsh. Opnions?

Spec chasin & drag racing is what we do