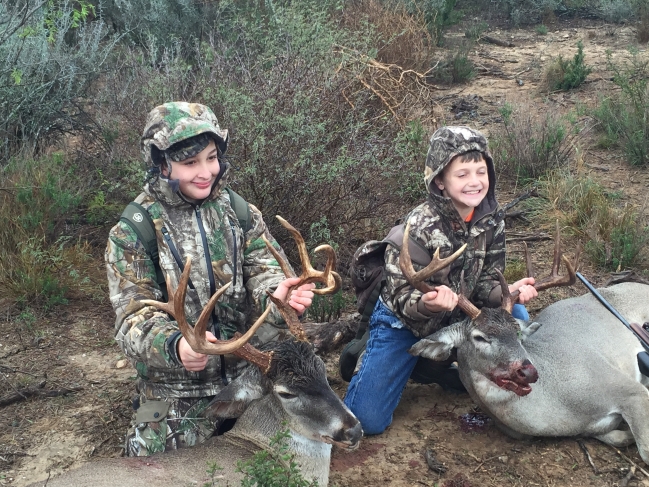 This is what it is about. Nothing but smiles. I had the pleasure to be apart of taking a group of kids to Texas the week after Christmas. Just look at the SMILES, it gets no better. thanks BV 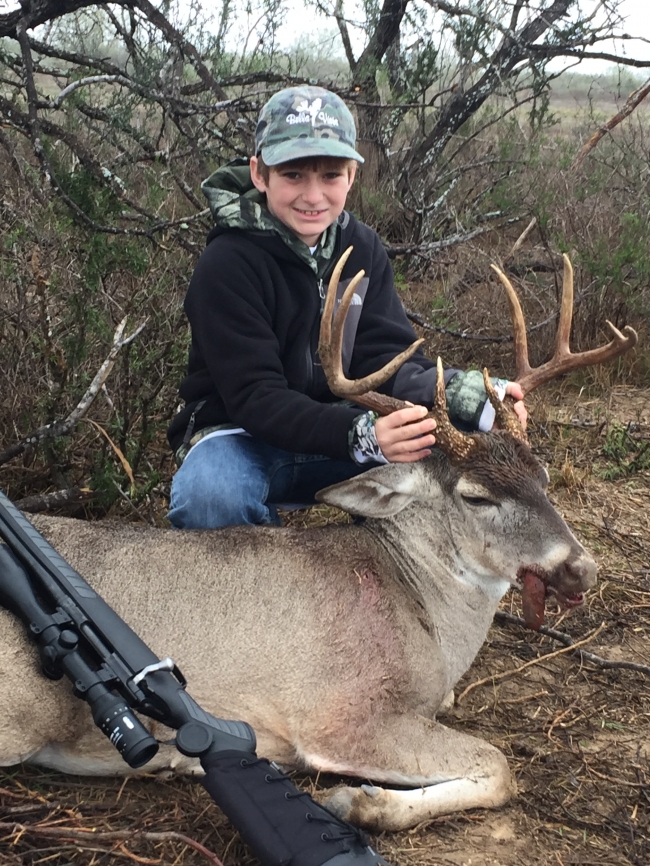 Thanks to a good friend in south Texas, This little man (Peyton) got it done. Nice 9 point at the BV 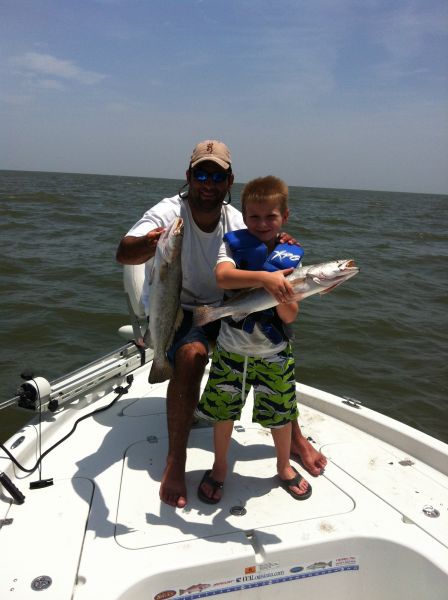 spent the day sunday in the gulf with two of my best friends (boyd and my son Peyton).At seven years old Peyton is really catching on. Trout Masters better watch out he is on his way to being pretty good. 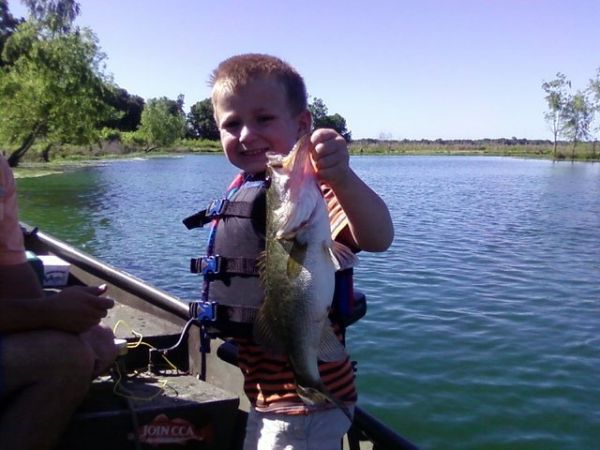 The child was quiet now.

The woman held him close under the hot Louisiana sun. But the heat of the sun on this day was no match for the cold that gripped her heart.

Because somewhere beneath the now still water of the river she once loved was her husband. Across the water floated the boat in which they had been riding only moments ago.

On its floor were the lifejackets that would have saved his life.

It was a day that started with great promise for Rocky and Drena Ourso. On most days the couple spent hours with their grandson Peyton. Even so they had never kept him overnight, so this was going to be a first. Peytons parents had left a few days earlier on a cruise and 18 month old Peyton would be staying with them that night. Rocky was on top of the world and loving it.

At age 52, Milton R Rocky Ourso was the oldest of seven siblings and head of the family farming operation he owned with his three brothers. Their father, Milton, Sr., had retired in 1982 and sold the farm to his four sons. Over the years the Ourso brothers grew the operation to well over 5,000 acres, producing sugarcane, soybeans and crawfish. Rocky was serving his fourth term as an Iberville Parish Councilman. He was a workaholic, but one who loved what he did.

Rocky Ourso was a busy man, but he was a busy man who loved people. Drena worked side by side with him in their business and laughed that Rocky would talk the ears off a tractor if there was no one else around for him to talk to. He worked hard, he laughed hard and he loved his life and family.

When Peyton was born in 2004 Rocky and Drenas life changed. He was their first grandchild and after many years of a life consumed by managing the business, the couple made plans to start spending more time relaxing with their grandson. They bought a camp and boat and spent a lot of time on the water. Peyton loved to ride in the boat with Rocky and Drena.

That morning little Peyton Rock Dardenne was a fixture at Rockys side as he went about his business. A chance meeting led to lunch with two other farmers and their sons. Drena recalls thinking that Rocky and Peyton were playing so loudly they would have been asked to leave if they had been somewhere other than the local Popeyes. After lunch, Peyton went down for a nap and Rocky went back to work.

Around four oclock that afternoon Rocky, Drena and Peyton left the shop and headed for Grand River to check their crab traps. It was a clear hot June day and crabs were plentiful. They stopped for snacks then launched the boat as usual. Drena parked the truck and trailer while Rocky readied the boat and put Peyton in his life jacket. As they prepared to leave the dock it dawned on Drena that she had forgotten Peytons sunscreen. Rocky told her not to worry they would only be gone a few minutes. As they headed down the river Drena Ourso looked away from her husband to shift her grandsons position and adjust his hat.

Suddenly she was underwater, disoriented, struggling to right herself. Peyton was no longer in her arms and she had no memory of him being ripped from her grasp. All she could remember was a horrible blow to her chest, and finding herself underwater.

She managed to surface and saw her grandson only five feet away, screaming and, thankfully, floating. As she reached him she saw the boat circling farther away out of reach. She saw Rocky between her and the bank only twenty feet away.

She swam toward her husband telling him to swim. The levee was so close, easily within reach. But something was wrong. He wouldnt turn to the bank. He wouldnt swim. She reached him, but as she did so they both went under.

He pushed her away.

She screamed at him to swim. She screamed for help. She heard Peytons cries of terror and pushed him toward the bank

She looked back and saw her husband disappear.

Drena Ourso doesnt know what their boat hit that caused them to be thrown into the waters of the Grand River. She doesnt know what prevented her husband from being able to swim to the safety of the levee. She is painfully aware, however, of the lifejackets they chose not to wear. The ones that would have saved her husbands life.

She knows all too clearly what she wants us to know. Always wear a lifejacket. Always use a kill switch. If you dont, the life you lose can never be replaced. And those left behind will never be the same. 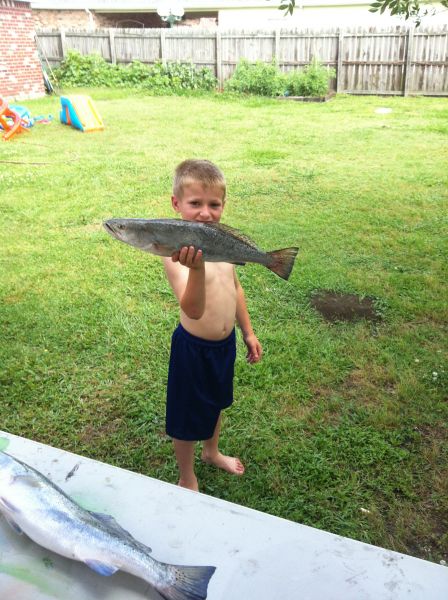 Not bad for a 7 year old first trout trip = first cast = first trout. As you can see he was nothing but smiles.

I think its all BS anyway. a child that is still in school should be able to hunt or fish for free no matter where they are from. that's the problem with the whole system. lets make a kid that has no job or means of income pay to enjoy the outdoors, and keep them off the streets. better yet lets make the parents who already pay taxes and purchase their own license have to worry or not their 16 yr old is legal or not to take hunting. Hell why not let them Vote or Drink Beer at the camp if we are going to make them pay to go.

Yes Peyton is my son. He is now 7 years old. Thank you for your comment. I as well as many others have always thought that. He was really a great person that always put others in front of himself.

Yes it is a tough read. However the reason i posted it is because Drena the person in the story is my mother-in-law and ever since the story was written she has wanted people to see it. Hopeing that maybe one day someone will get the message, and possibly save a life. She is a great women and always has been, however this accident really took and toll on her. It is hard waking up every day saying what if.

He really enjoyed it and is hooked now. I fish offshore quit often,but have never had the courage to bring him out, always scared of him getting sick. Now that i know he will be ok it is game on. Everyday he ask me if we can go tomorrow.I guess the bass and bream are safe for now because it will be all saltwater from this time on.

It is probably just a farmed raised gator that was released to the wild.

Crainium Cracker has not filled this section yet.