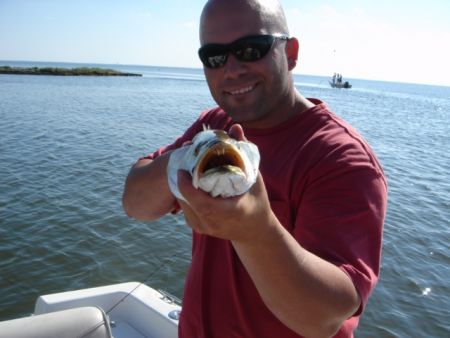 User Name
kyle10
Member Since
January 27, 2007 at 1:11pm
Age
43
Location
denham springs, louisiana
Hunts For
Nothing, but venison sure is good.
Fishes For
Specks, reds, and bass
Organizations
CCA of Louisiana

re in response to a report titled:  Nutty PETA

my friend has a 2006 nautic star 2110 and we seem to not be able to locate the sending unit. the only other option at this point is to remove the console. please help? 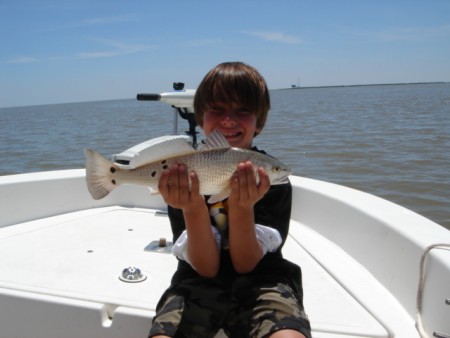 Made the trip to Buras this weekend and decided to stop in at the JLT Lodge and visit a minute with the man. it was good to see Odis and capt john got to meet my 8 yr old....i could tell , just from the short time we were there, that the capt is real good with the kids.
Hit the east side first thing this morning with the hundred other boats and did some island hopping...and the patience of an 8 yr old is a bit low, so we took off to the pretty chocolate water of the rivers' side to put a whoopn on the reds.... caught probably 25 off one point....oh, and capt john can cook, too...some shrimp stuff..wow.

just wanting to know how the lake is doing as of late. we're wondering if the silver bullets have come up with these couple of fronts?

Hope LAANGLER, JEREMY, Expectbigunspecks, and everybody else in the area are well and their homes came out alright. evryone of you are in our thoughts.take care, and please don't hesitate to contact if you need help.

Obama announces his veep, joe biden, the same man interviewed about a year ago, who said "Obama was not experienced enough for the job, the presidency was not a on-the-job training deal"......now that the democrats have made Obama choose Biden, Biden loves him. you can tell it is probably eating Obama up inside......democrats are so fake. 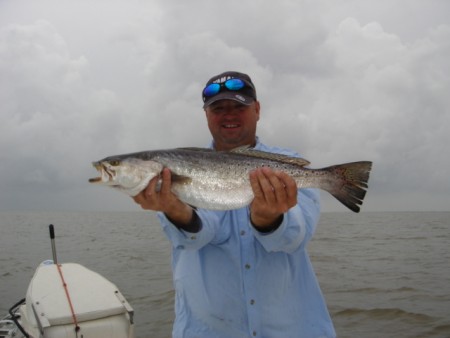 these fish were 23 and 24", weighing in at 4.5 and 5#. i've been seeing alot of these 5 and 6 pounders guys have been posting, fishermen sure know how to round up an estimation. 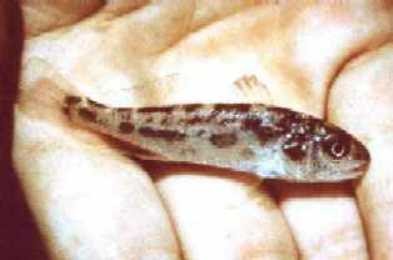 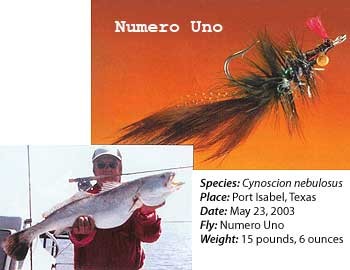 anybody ever try that? i just did, and it was gooooood!!!

what's the word on okhissa? anybody been lately? thinking about going this sunday. any advice?

copied it from a dude on the "other" site, enjoy.
www.bobdoxsee.com/Videos/TunaFishing1940s.wmv 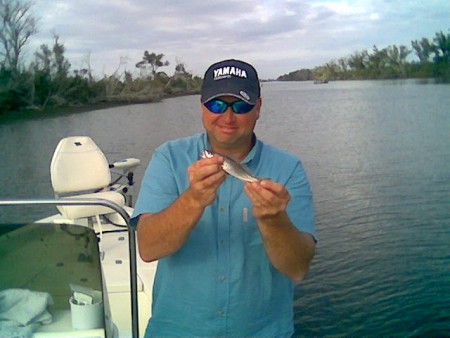 had to let it go, with length and girth like that it will spawn many more just like it... had to be a good sportsman. 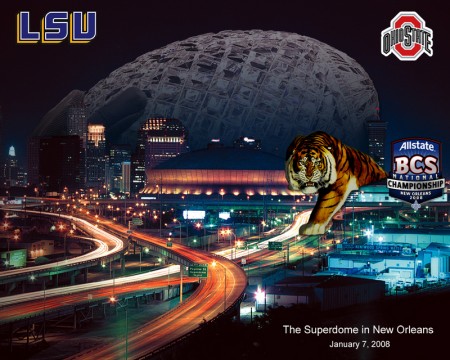 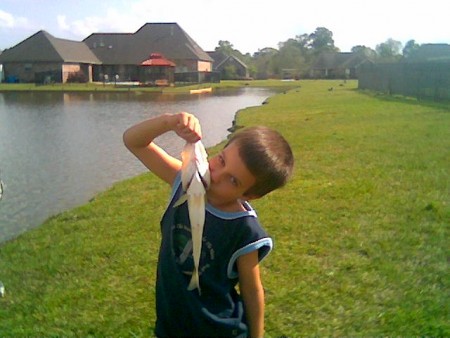 as he gets bigger, they will too. 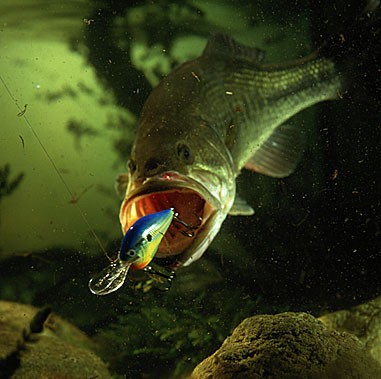 haha,sorry about that you oregon fans, that must suck. sure hope kansas wins out, so the tigers can eat jayhawks for dinner in the dome. although, with the teams still contending, it doesn't really matter who LSU plays, chaulk a third one up. GO TIGERS!! 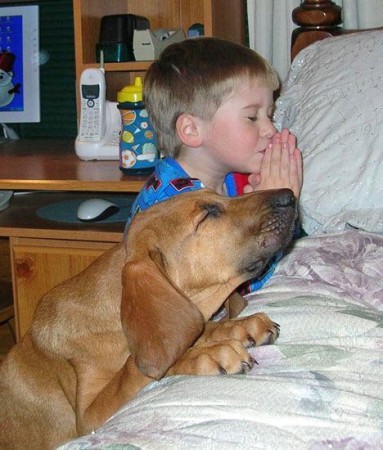 dear, god
please don't let michael vick come near me. i'm a good dog, i play with this little boy all day long, let him pull me around the yard by my tail and all sorts of other aggrivating things. that should be enough for you to keep mr. vick away from me. thank you, god.

anybody know how the torny went saturday? 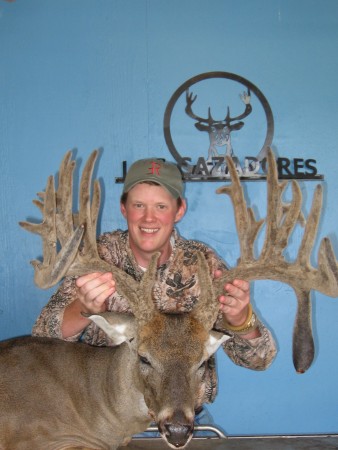 im so sick of people in this country trying to push their beliefs on everyone.one of the things that made this country so great is the fact that we can have different oppinions/beliefs. if someone doesnt agree with you on something doesnt mean u need to push it and be a jerk to them.special int groups WILL be the end of us,they've just about ruined it all..keystone,abortion, obamacare,you name it

May 21, 2012 at 7:33pm
A comment titled: re in response to a report titled: Capt. Britt Ordes/ The Big Outdoors Charters

hey, capt.
if u ever need help onboard when you have clients like those, holla.

12'ers sure taste the sweetest.

i do plenty,what that is ,is disrespecting mother nature.
those little sob's should get more than they will.

They should get a hell of a lot more than that. That's just wrong.

is that the lsu lakes? looks like one of the sorority houses back there...

March 14, 2012 at 6:47am
A comment titled: tipping in response to a report titled: Tip for the Charter Captain

i've been on a few guided trips.some with a deckhand some with out.the deckhand is who should get the tip, not the captain.
i own my own home remodeling and repair business. i have a helper,and i pay him good,but he could always use a little more because as its the way of the world, the captain makes the money, but without the helper, it wouldnt run no where near as smooth. when a customer hands me a tip, i give it straight to the help.
tip the deckhands.

October 09, 2011 at 5:43am
A comment titled: re in response to a report titled: opening day of gator season

no,he'll probably summon the indian spirits with a candle to do it for him...

i think ur a couple over on ur limit of gafftops?!!!!
i'm sorry, but they cant be good.
although oysters don't look it either.

you should check with mr. sanchez. see if he's got some cameras or something.

June 06, 2011 at 9:08pm
A comment titled: re in response to a report titled: VooDoo Fishing Charters

did u take that with an iphone? mine started taking everything like that.

November 01, 2010 at 9:52am
A comment titled: re in response to a report titled: fishing hopedale

why would u double him back? all those spots were good just not the route.

start maybe around st. malo area, then go a little further in up through stump, fishing the banks and drains and points. then as you get more comfortable with the area work up into the marsh, ie- muscle, petes, cutoff, etc. this time of year as long as the wind isnt bad you should be ok.you could use bait if u want,but ireally use the sh.. out of the pearl white gulps.hope this helps...nothings for sure,that's why we call it fishing...

where are the trout @? that's what i wanna know. i've really slacked off this summer, mostly from work but a little from this heat.

give us some more info about the dead zone,please.don't want to waste time there.

good catch,bro, where's the pic of the 8' bullshark?

August 25, 2010 at 7:17pm
A comment titled: delacroix? in response to a report titled: Fishing Delacroix

i believe the preasure requires a nuke, that's why they use them,and I never read anything from greenpeace.

anybody ever hear of nuclear charging the well and making it cave in on it's self, heard that's how the ruskies do it?

i remodel and repair people's homes when i'm not fishing.