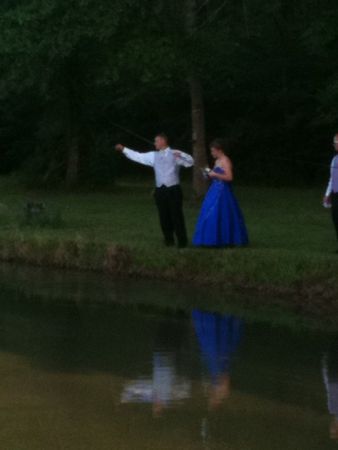 Crawfish in response to a report titled:  Berwick boat landing

anyone need any sand/sand bags? Need to get rid of alot of them. Have white sand with pea gravel and river silt.

where them fish went? How is the Dularge area doing on bass and reds? I want to target them. Don't need a spot, just a how they're doing.

The history channel; swamp people. When they go out like to have personal time, go shopping or like go eat dinner somewhere like at Dons or Outback or any nice little resteraunt, do you guys think that they like people always running up requesting pictures or interupting them during their meal? I mean, coming from a regular person who'd give you the shirt off his back to a nationaly known person overnight. How do they deal with that? I've met Troy Landry before he was on the show since he is very good friends with my great uncle, and I've seen the Sons of Guns crew in various locations, but I've treated them like they were just regular guys, not TV stars. What do you guys think?

Anyone here got a Smith&Wesson M&P or the SD (upgraded Sigma)?

Where do I have to go to pay my life jacket ticket? I called the number a couple weeks after I got the ticket like the GW told me to and they said they didnt have the ticket on record yet. I was told it was a $25 ticket by the GW, but when I called, the 'Sherrifs lady' said that it would be $50 and couldn't tell me when I was supposed to pay it other than sometime after we get it, which I was told would be around April-Mayish. Better yet, the ticket magically sprouted legs (I swear it did) and walked out of my wallet.

Whats Dularge been up to? Bass and Reds? Don't need a spot, got a ton of those.

We discovered that some Pierre Part bass bite upon Junebug Speedcraws. They're not big but it will keep you occupied. Also, bring crap loads of sun screen as I look like a burnt waffle right now.

I'm thinking about purchasing a rail mount flash light to put on my Sigma for home/room defense instead of fumbling around for my flashlight. Any light you pistoleers recommend? Not exactly looking for a laser/light combo.

Looking to kill at least one hog soon. If anyone would allow me to take 1 off their land. I have a bow and 2 rifles, a 30-.06 and a 30-30. Never hog hunted before and willing to try. I live in the Gonzales area and would drive up to 2-3 hours to take one.

Alright, it would appear that me and my brother are bass fishing with last months baits in and around the Blind River area. We went Friday before he sold his boat and caught only two but lost two massive spawning females. Any favorite baits? Gonna try and stay close to the launch today because of the incoming rain.

Apparently they got some traveling magazine salesmen/women peddling around Ascension and surrounding areas. Do not give them money or order anything from them. They're scammers and if you don't want them around, call your local popo or give them a lifetime subscription to 180 gr. .40 cal hollowpoints.

Can the Sigma 40 and 9mm barrels be swapped? I would like to shoot some less expensive rounds and have a higher mag count for when and or if I need it.

How long will a motor run with a 'scored' cylinder or a 'scored' piston. Don't need a fix that immediately response. 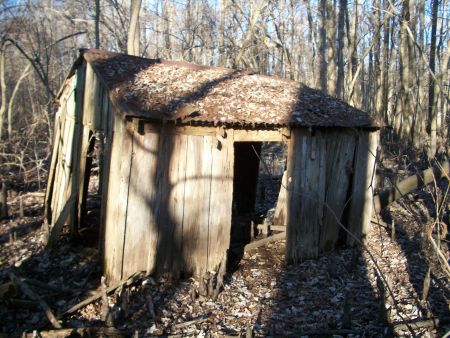 Ever since we have been going to Gramercy, we always see this little shack along Airline Canal in the swamp. I finally got a chance to go and check it out this afternoon. Me and my dad think that it was a place for the loggers to wait be picked up by the boat or it could have been a camp. Would like to find out a little bit of history behind this if anyone knows anything about it. Have pictures too, about 60 of them.

Someone told me that they were gonna start towing the vehicles parked on side of Airline and I-10 that park on the side of the road and go hunting. Anyone else heard anyhting about this? Not sure if its true or not.

I am looking a shift lever for a 1988-1989 Evinrude 9.9. My brother broke it off and it sunk and now we just use a big pair of vice grips. Anyone know where I can find one? 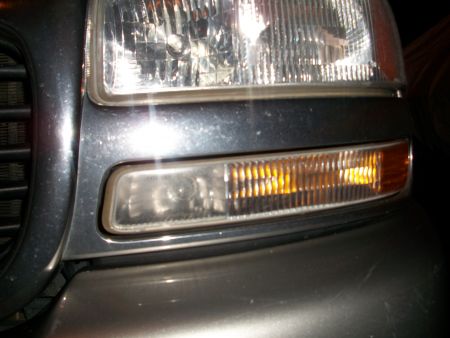 I've got a 99 GMC and the parking lights have fogged/faded into that grayish color. I would like to know if theres anything or anyone that could make this go away?

I recently adopted a set of twins and was wondering what is the best to carry them. Their names are Smith&Wesson Sigma. I'm looking for a plastic holster, not a nylon one. Want something that would give me a fast draw if I so need it.

January 13, 2011 at 10:28pm
A comment titled: Crawfish in response to a report titled: Berwick boat landing

It should pick up alot when it drops. But we went out there in the swamp expecting to see muddy water, but I was surprised to see about 2 feet down into the water. We haven't been catching anything. We baited and ran about 180 traps and caught 34 crawfish. It is picking up elsewhere though except where we are. Too many lillies and nutrias and beavers. Need to shoot them at night.

Verret, hit the trees with worms. Will catch some small ones and some nice bream. But we had about 50 cats, 7 bream, and 5 bass over 14 inches that attacked our small bream we were catching.

adam's had a great deal of water. The water has gotten about halfway under the RV so its risen about 3-5 feet. although this is from a week ago. Only God knows how high it is now. Had to launch off of the levee.

I just drove this route to bring my dad to the airport. Water looked mean.

swimming like the others...i'm messin with ya. we went a couple weeks back with worms and fished the bases of tree and cypress knees and caught about 50 in 2 days. bass can be caught there too. white spinnerbaits at the bases of the trees then switching to crankbaits around noon.

Yes, I don't like how they go find some of the most coonbuttox people with no teeth or poor as sin and cast them in the show. I guess the TV shows are actually trying to fulfill the stereotypes of the south. My dad made the joke that Willie has a couple false teeth, but for the viewers sake, the producers made him take them out for higher views and ratings, which we were drinking and all laughed at. I went to OCC in NY and was just going to take a picture outside of the building when Mikey walked up and asked how we were and where we were from and we took a picture. I'm kinda dissapointed with the show, but, what are we gonna do? I saw Troy in PP helping bag sand and people just kept coming up to him. But he knows my uncle well and he's met me before, and I just said hey Mr. Troy, how ya been? And we joked around the pile filling sand bags like trying to make the situation a little better.

HEY I WAS RIGHT FOR A CHANGE.

i understand that they'll throw in a special effect every now and then, but sometimes, its very uneeded. I love it how right before a commercial, they throw drama to make the viewer want to see what happens next. riding across Verret with a boat load of gators in the wind and rain is exciting enough.

Any boat don't matter if its salt water, fresh water or brackish water gets a scrubbing from me. Fiberglass, aluminum, Kevlar. Now my definition of scrubbin is pull into a car wash, spray it down once you get everything like phones or wallets and clothes out, then use the foam brush, brush it real good, spray that off then simple green the trailer and wheels and tires.

May 13, 2011 at 7:04am
A comment titled: HONDO ALMOST DIDNT MAKE IT. in response to a report titled: Taking 17 foot xpress out to pickets and mardi gras rigs

YES! Depending on the wind and which way its coming from. I've seen that lake rougher than DeCade when we were riding back escorting them people in that little 14 foot boat almost running out of gas. It got bad one day and it wasn't supposed to with Hondo, and that ole boat almost went belly up. And thats a heavy buttox boat.

Boy that had to be one slick deck (TWSS!!)

When/If you go out there, I'll call the coast guard and have them on stand by.

I know that beast. But sometimes the stress can get to people and make them do stuff they wouldn't normally do.

I'd rather see my 20th and the 21st birthday especially.

Yes, I'll have to agree. I don't kill the bad ones. I ID then shoot.

I've seen them doing this too. we threw some small white buzzbaits and caught maybe 3 or 4 bass in the 10-12 inch range. but it was an all day thing. we tried shallow silver crankbaits and beetle spins. we had some hits on beetle spins.

May 10, 2011 at 9:50pm
A comment titled: sherburne in response to a report titled: WMA Hunting for Squirrels

sheburne is probably good for them.

When I see any of them I just say high Mr. Troy or something like that. Look what happened to the OCC boys, they argued alot and eventually split. I've been to the shop before in New York on the outside and have met Mikey and just took a picture with him since we came from Baton Rouge. I just don't want stuff like what happened to OCC to happen to anyone down here.