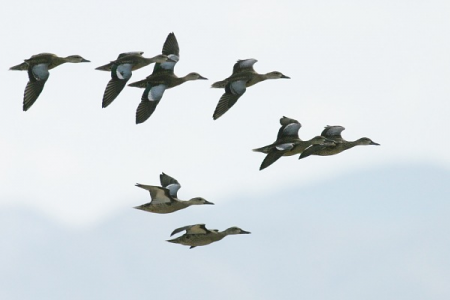 User Name
DaDucks
Member Since
February 11, 2013 at 12:02pm
Age
57
Location
Carencro, Louisiana
Hunts For
Ducks and Geese mainly but not limited to that only.
Fishes For
Bass, Redfish... Just about everything.
Organizations
Delta Waterfowl

Let them know what you think about the current waterfowl situation.

I had an experience a couple of weeks ago in an area lake that was disheartening, and a little aggravating, to say the least. The morning started out really quiet and peaceful, as I had always remembered this place, until around 8:00 am or so. There was this low droning noise approaching from the other side of this island we were fishing and as they rounded the point we saw boats with surface drives headed our way, hugging the cypress.

This parade of boats, with a few air boats thrown in, for more noise I guess, continued their parade, circling the island for hours. We did get an occasional break in the wave action while they stayed in the shallows near us doing &#039;doughnuts&#039;, but the noise was constant. I have never, in all my years fishing this place, seen such a spectacle. Most were polite and waved as the waves rocked me into the cypress,and some swerved as not to run over me as I rounded a cypress with my trolling motor. I guess I was hidden from their view. There were times I couldn&#039;t talk to my partner in the back of the boat for the noise. The few eagles we were watching early on vacated the area, as did many of the egrets and other species.

One of my thoughts while watching this unfold was the shallow spawning area that was being chopped up. Not to mention the the silt being kicked up and muddying the water. Is this what I should expect going forward on these lakes?.... I sure hope not.

I got a chuckle when we were idling by at a distance from a game warden boat that was checking someone. These things were coming out of every cut that had water. He stood up, turned, and began scratching his head...... Target rich environment frustration. I wish I would had filmed this cluster. 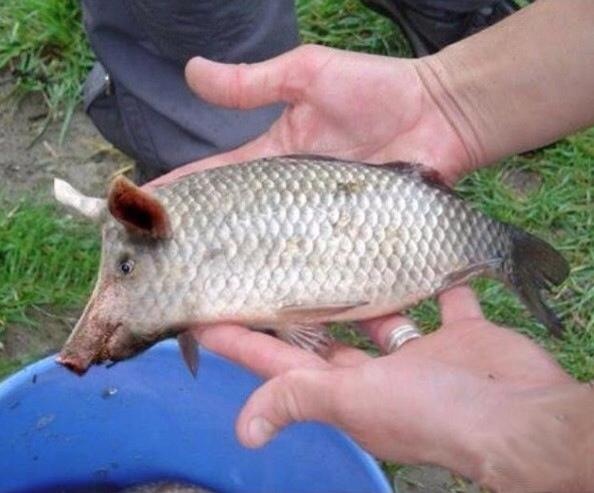 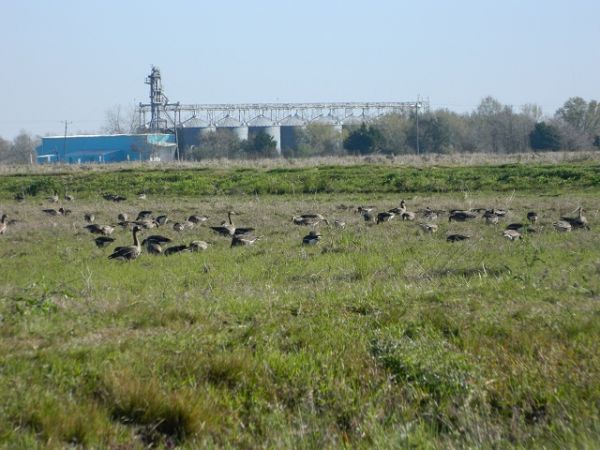 Made a trip out to the blind this past weekend to do some work now that the flood waters went down and took a few pictures. Excuse the photo quality, new camera and phtographer.

After hurricane Andrew in 92 until today, We go out and catch 30 to 40 bass in the basin and would be lucky to have 2 or 3 over 14'. It would take 2 or 3 trips if not more just to keep enough to make a meal for the family, if I chose to do so.In the time after Andrew, I would drive over the basin after a storm and see large numbers of bass and other fish clogging waterways and rotting away.
Remembering the many trips I'd make with nothing to bring home and seeing all of this waste, it would really upset me!!! This happened for just about every hurricane before andrew as well, with a 12' length limit in place, or if I remember correctly, no length limit. In combination, these natural disasters and set regulations didn't stop the fish from recovering to healthy levels back then.
And for those that mention, 'some will be FILLING THE FREEZER', You will have the 'OUTLAW' no matter what the law states,heck,It happens now I'm sure. It's all about enforcement. Why was the this 14' Length limit implemented?
Was it a experiment to grow 'TROPHY BASS' in the basin? If it was to aid in the regeneration of fish after Andrew thats understandable, but it's been 21 years!! Best eating are the ones in the 12 to 15 inch range anyway..... LOLL!! I think the report speaks for itself.

Comments around the :50 mark are interesting.

Quoted from the article

'I would prefer more restrictive regulations if it means a longer season, and pretty much everyone I know says the same thing,â says Manning. âIâve watched video of ducks coming to bait. They wonât leave, even after theyâve been shot at. They will fly a hundred yards and come right back.â

Whatâs the Difference?
Thatâs why wildlife managers have to dance a fine line between resource conservation and hunter opportunity. The current regulations, which have been fine-tuned for nearly 100 years, are the best tools for sustaining hunting as we know it, adds Manning. They also preserve the notion of fair chase, a common theme among hunters and wildlife managers concerned about the sportâs reputation among non-hunters.

However, resource managers routinely tweak bag limits and season lengths to ensure viable game populations. Hanna sees no reason waterfowl managers canât do the same thing when the need arises. Keeping regulations confusing and restrictive for the good of the resource counters the notion managers are working for those who benefit the most from the resource.

âI have a hard time defending bait regulations as a management tool. Whatâs the difference between shooting a duck over waste grain and thrown grain? The duck doesnât know the difference,â he says. âMaybe we could consider an individual season quota or something that would give everyone an equal shot at the same number of birds.â

Allowing one guy to hunt over flooded corn but preventing another from shooting over bush-hogged corn only penalizes an otherwise law-abiding hunter, Hanna says. It also favors those with the resources to undertake labor-intensive methods deemed legal under current regulations. How does that benefit the resource or the future of duck hunting? Tough questions with no simple answers.'

No kidding about the grass. I watched it disappear over time. It was like casting in a desert.

False river used to be awesome a few moons back when it had grass. I would fish the Friday night tournaments fairly often. Now that Bonaventur's is closed where the heck do you launch? It's been that long since I've been there.

Okay, so the Atchafalya Basin and the Spillway are one in the same. We just never use that term on this end. I guess it came from you easterners due to the Morganza locks or spillway.

What exactly do you guys consider the 'Spillway'? Is it everything east of the Ramah levee, down through Pierre Part to Morgan city? I put tags showing Henderson, the Whiskey Bay pilot channel and the Rahma levee along I10.

JB, I agree, pressure is a real issue, and I did notice the turn on Toledo. I'm looking forward to a few trips in the basin very soon, watching water levels and temps. I wish I could duck hunt and bass fish in November and early December. The water was right in my area and the bite was on. It's impossible for me to do both without missing a duck hunt or two, and that ain't gonna happen. I did get into the red fish pretty good, though. They're just as much fun, and I use pretty much the same techniques.Just add a little salt.

Well, five years have passed since these new regs on bass. Anyone having trouble catching fish? I had some really nice, productive outings last year, besides the mud motor extravaganzas I encountered.

I see MLF implemented a catch, weigh and release program, with a fish release penalty for a fish touching the carpet, or a rough toss overboard. I like this.

Jgoins wrote:'I agree with you Duckhunter89 I really do. I tried to talk to him respectfully through email twice now. Once last night then once. I am willing to work with him. I need him to know i believe strongly in a mans word. If we say the fights over its over. There is not going to be any coming back to a organization a month from now to deal with some issues from a month ago. My point to that was it causes the focus off of the main goal and makes people question something we have already worked past.'

So Jgoins, what exactly have 'we' worked out on the issue of collected data, that you,and what appears to be many disagree with?How do you propose we present our case to the to the feds to change anything without proof of what we say.

Here's Delta's take on this idea.

Fixed it for ya

'Is it legal to hunt a place where rice, millet, or any other grain is growing and is subsequently flooded?'

'If yes, then can a 'pond' be made like with a water leveler or similar device and still be hunted legally? I hear stories of guys hunting areas unaware that they are breaking the law. I hear all kinds of opinions. There is nothing in the pamphlet addressing this. Any experts?'

Expert I'm not but, NO! You cannot manipulate the field in any way in this situation.
http://www.fws.gov/le/waterfowl-hunting-and-baiting.html

With all the rain we've had this year I can understand not catching any fish. The basin looks like chocolate milk and I know the bayous east of here through BR are full to overflowing with fresh water.
So, since the 7 fish no size limit was implemented the basin or 'spillway' is now void of bass? REALLY?!

As for Toledo Bend, bring back the grass and the bass will come. Keeping water in the lake is also key. High water during the spawn helps. False river was a nice place to fish some years back when it had grass.
Twenty plus years of trying to grow big bass in the basin didn't work. Toledo Bend and the basin/spillway are two totally different ecosystems.

.....It's a funny thing that happens when the guns go silent and the mud motors are parked.

We tried black gold and others but found the Purina Pro Plan adult shredded chicken and rice is what she likes best, and she is healthy. She would not eat and finish anything else like she does this stuff. Going on two and a half years of feeding this food. She's 5+ a little bit.

It's been quite a few months from the implementation of the new regs. Is the 'spillway' now void of bass? I think I've kept and enjoyed 20 or so bass in 2013, but I'm sure the amount of fish with busted lips and carpet rash hasn't changed. Oooh man, just wait until all those tournament guys get out there during the spawn ripping those pigs off the beds and dragging them around all day to be released miles from their beds.

Love to duck hunt and fish... everything outdoors!!!