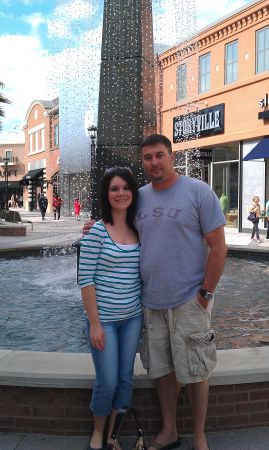 Thanks!!!!!!! in response to a report titled:  Tent Camping in Basin (Pigeon/Sorrel)

I shoot Left-Handed because I'm left-eye dominant and have been using the T.R.U. Ball Axel Vision because I wanted a tool-less pin adjust sight. I like the sight well enough, but it was assembled for right handed shooters with the option of flipping it over for left-hand shooting. The most complicated part of that procedure was moving the bubble level. However, It seems like that changed the whole dynamics of the sight...I'm having to move the whole sight assy. to the extreme end of the adjustment range, which in turn limits my pin adjustment range. It just doesn't feel right, even though I have my bow locked in well at 20, 30, and 40 yards (still working on longer ranges).
Does anyone know of any good (preferably tool-less adjust)sights made for left-hand shooters, or that convert well to left hand use? Any input will be appreciated.

Awesome resource! Thanks for sharing. Thats the kind of information that needs to be made more readily accessable to he public. Maybe it is and I have just been looking wrong places. Anyway, Thanks again for sharing!

March 31, 2014 at 5:55am
A comment titled: How can you tell? in response to a report titled: Tent Camping in Basin (Pigeon/Sorrel)

I'm new to the Henderson area and plan to start fishing the Basin. I'm into overnight and weekend excursions, so how can you tell private from public and state landout there...the Basin is vast. Are there posted signs or marker that let you know? Are there maps avilable that show the boundaries?
Hate to get shot for fishing, hunting or just pitching a tent on someone elses property by mistake. Grateful for any advice.

Not a native Louisianan, but I married a girl from Mamou, and her daddy used to tell me that I was a better Cajun than her because I learned from him how to cook Cajun food better than her. I have to say she's a pretty good cook now, though. We now live in the Henderson area. I work offshore. I love God. I love hunting and fishing, and I love the America I grew up in, but I hate the new vision of America that the liberals, socialists and communists are trying to create. That's me, and if any of that offends you, then click on another link.
God bless.