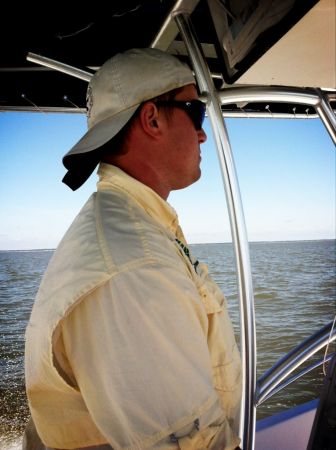 Was planning on going on a trip to North Louisiana this year with some of my buddies to hunt a management area. Does anyone have any tips or pointers about hunting one and where might be a good management area to go to? Thanks.

I know that it might be a bad time of the year to start but is there anything that can be planted in a food plot right now? Thanks.

I heard that May is one of the best times to go catch mahi-mahi out of Venice. Supposedly the grass line is really close this time of year from what I've read. Does anyone know around how many miles out it is? Thanks.

Heading with some buddies to Grand Isle this weekend not taking a boat or anything just going to be fishing from the bank. Just wondering if the fish are biting decent down there right now?

Was going to take a trip to Grand Isle this weekend however the weather doesn't look to promising. Anybody think it might clear up lol?

Headed to Grand Isle either this weekend or next any advice or pointers?

Has anybody been having any luck in the rigolets or out in lake bourgne? Was thinking about making a trip this weekend.

Has anybody been having any luck in the rigolets or out in lake bourgne? Was thinking about making a trip this weekend.

Does anybody have any tips on fishing the chandeleur islands? I was planning on making a trip out there this weekend if the weather is good. I'll be going out there in a 24ft. boat. Thanks.

I was wondering if anybody knew anything good to plant around this time of year and in the offseason to help my deer herd. Last season we had a huge decrease in numbers not because of over killing but I believe because of going to adjoining properties. So I'd like to plant some things to keep them around and also help with their growth.

My buddies want to go to Grand Isle this weekend I would be all for it if we were maybe bringing a boat but they just want to fish the bank. Before I make a trip can anyone tell me how they are biting down there? Thanks.

At this time of year fro fishing for specks or reds would it be better to use plastics or live or dead bait?

Anybody have any tips for fishing the rigolets and lake bourgne right now. Mainly on what type of bait to be using going tomorrow and was hoping to have a decent trip. Thanks

Does anybody know of any tournaments coming in the spring in the Lake Ponchartrain or Lake Bourgne area?

Now that hunting season is coming to an end I'm looking forward to start taking the boat out. Has anybody been having any luck in Lake Ponchartrain or Bourgne?

Ok guys for Christmas I got a meat grinder (just a basic manual one) and a sausage stuffer (same just basic one). I'm just looking to use them as a hobby really but I'm not gonna pretend like I have any idea about the best way to do the sausage. Any suggestions like ratio of deer to pork or seasoning or anything? Thanks.

Just bought a crossbow a barnett raptor fx. Was wanting you use it for hog hunting. Was wondering if anyone knew if this would be a good choice and if there was anything I might would need to do to it to make it better for hog hunting?

Just got offered to hunt a place between Greensburg and Clinton. The man said I could hunt there for free as long as I planted some spots for him to hunt over as well. I know I could probalby plant rye grass and it come up but is there anything else this late in the year worth planting?

I know I am probably getting started extremely late but between school and work I'm just know getting some free time. My stand is on the other side of a barbed wire fence and there is a nice open area in front of it where I'd like to throw some seed out. Does anybody have any suggestions on what to plant? Since I can't really get a disc or anything in there I hoping for something that doesn't require the ground to be broken up that much. Thank you.

Finally, getting some time off to do some fishing. Heading out to Lake Ponchartrain and probably Borgne. Anybody been having any luck out there?

Awesome report man, plan on going there this weekend hopefully I'll have some of the same luck.

Yea I sure hope that changes. Thanks though.

I'm gonna try to get on em tomorrow any tips?

February 06, 2015 at 9:04am
A comment titled: Thanks in response to a report titled: Meat Grinder and Sausage Stuffer

Thanks for the help guys. I'm pretty pumped to try it out.

That's what people have said. Does it come up pretty quick?

So if I'm not gonna be able to catch as many fish that means I shouldn't have to pay as much for my license right? lol

I have read this a few times. What does this mean for recreational fisherman like myself? Are there restrictions now of where I can fish and is the amount of snapper I can catch being lessened?

Yea all of our fields are planted in rye grass. I have heard that throw & grow works well so I'll try it. Thanks for the help.

Hey Capt. I'm going out there this weekend. Any tips? Haven't got to head out there since around August.

Thanks guys, I appreciate the help.

So glad someone is finally having a tournament in this area.

Caught plenty of these but never seen one like that before. Might need to let somebody official know to see what's going on.

July 31, 2014 at 2:37pm
A comment titled: TAG Program in response to a report titled: tagging program

Look up TAG Louisiana. It's a volunteer tagging program and it's free. You send them your name, enmail, and contact information and they well send you your tagging kit. I do it and have had a great time.

Ok I understand what it is saying know. Thanks for clearing it up.

I went out there by the Rigolets last week but didn't have any luck. I plan on going back this weekend. Any pointers?

July 24, 2014 at 2:53pm
A comment titled: Don't Understand in response to a report titled: Privatized Waters?

Read the article and I don't understand how you could privitize federal waters?

Cooked it up yet?

Thanks that was really great information and will definately help.

June 26, 2014 at 2:13pm
A comment titled: Navionics in response to a report titled: Lake Ponchartrain Map

I just downloaded the app and it looks to be very helpful. Probably, will be more useful when I get a chart like you mentioned.