thanks in response to a report titled:  .243 Question 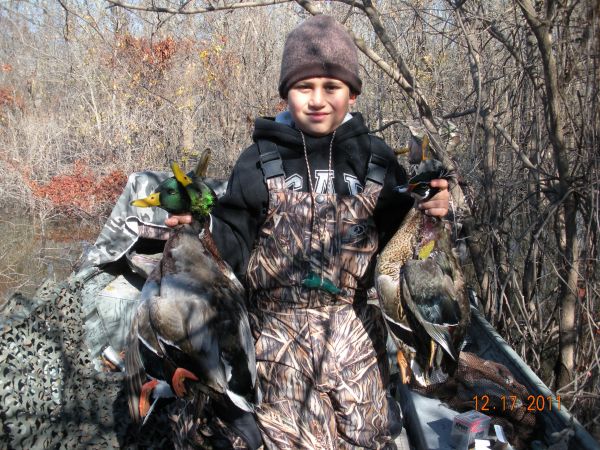 Had a great duck hunting weekend up on the houseboat. Shot our limits Saturday, ducks didn't fly off the bean fields until late in the morning. Son had a blast, this was his first duck hunting trip where he got to shot, lots of close up mallards!!! 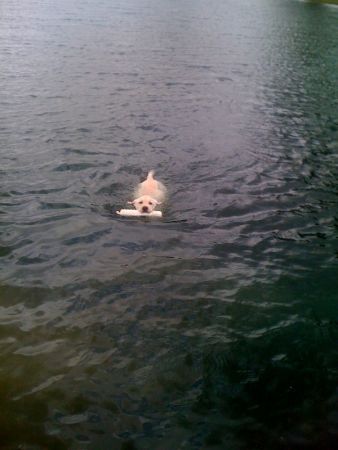 I have a 3 1/2 month old yellow lab that is working great so far but wanted to know if anyone out there had a used dummy thrower they would want to sell or give to a young pup. I could return once the basics are down. Also looking for anyone who would have duck wings that I could buy and attach to the dummies.

All is appreciated, thanks. 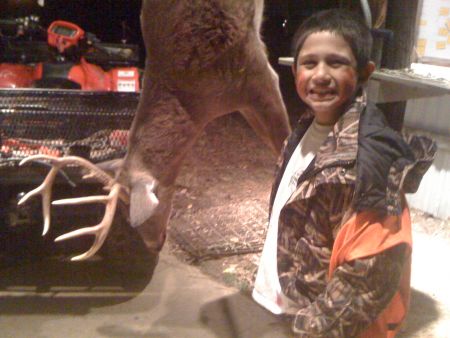 My son killed his 1st deer the weekend after Thanksgiving, we were able to get it mounted and in time for Christmas. 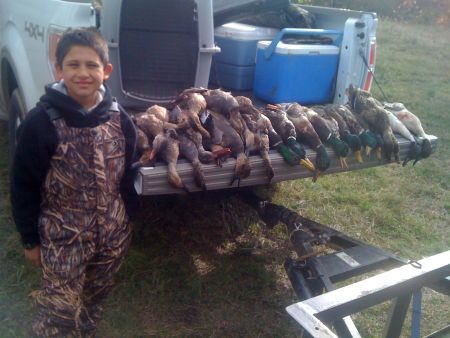 Went hunting with same old crew, had 4 limits by 9am, great hunt, son enjoyed every minute of it.

Just bought my son a .243 youth model rifle and wanted some advise on what grain bullet to use. Deer hunting, he'll be shooting 25-125 yards depending.

Hey guys, looking to take the kids fishing possibly tomorrow and wanted to put in and fish Lake Henderson. What is the closest boat launch near I10, coming from Baton Rouge, how do you get to it etc. Also, any tips on where to go once launched. Want to try and put the kids on some Sacs, jigging. Preciate the info.

Looking for some guidance on how to go about training a young Bassett Hound puppy to rabbit hunt, anyone have any good websites with details or can recommend a good book for training. Years ago I trained a black lab through "The Water Dog" book which was great but I don't believe that author has any specific books on training rabbit dogs. When I was younger I had a bassett/beagle hound mix and she was a great rabbit hunter but I got her after she was trained. Any suggestions is appreciated. 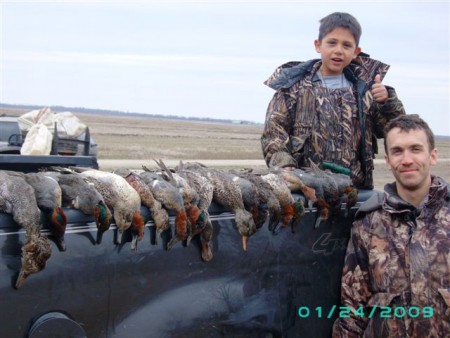 Had a good Saturday hunt with all, better shooting too! 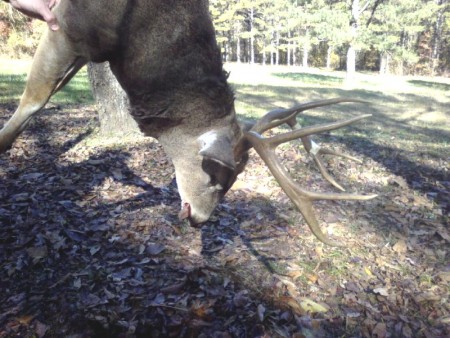 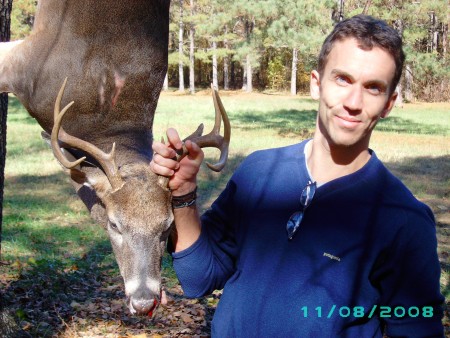 Took annual trip to Arkansas for opening modern gun weekend and very successful. Of course I got the doe but my cousin did real, real good. Pics below are from 1st 8pt Sat Morning and also 2nd LARGE 8pt Sunday morning. Very productive 2 day hunt. Now it's time for LA Duck Season!!!!!

Heading over to Manchac and letting in, not too familiar with the area, need to put the kids and wife on some crabs, anyone know the best spot around that area to pick up a small pot full!!!!!

Heading over to Manchac and letting in, not too familiar with the area, need to put the kids and wife on some crabs, anyone know the best spot around that area to pick up a small pot full!!!!! 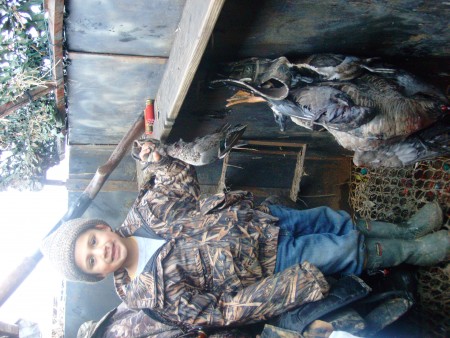 Wow, great shooting big ducks and Canadians but even better having your little man enjoying every minute of it!!!!!! Next year he'll be able to put the 4-wheeler up, HA!!!!!!

Some picks of our hunt in Jones, LA. Last day of regular East Zone season, fog was everywhere, and so were the Canadians!!!!!!! Have to thank Jack, Bobby, Beto and Walter for a great season!!! Thanks guys!!

Thanks to all for the info, was thinking 100 grain, good luck to all this fall!!!!

Nighfisher, I emailed you last night, let me know, thanks.

Guys, looks like a whole lot of fun but truely not necessary to keep all those fish. For TB to remain a hotspot this can't continue. Good luck boys.

March 12, 2009 at 9:14am
A comment titled: Thanks in response to a report titled: TRAINING A YOUNG BASSETT TO RABBIT HUNT

Will do, got some rabbit scent from Bass Pro the other day and will start teasing her with it. Probably then run a trail in the woods when she's further advanced and she should take it from there. Unfortunately I don't have access to rabbit dogs for her to trail with.

February 10, 2009 at 9:10am
A comment titled: good hunt in response to a report titled: shootin hares

Looks like you fellas had a good hunt. I've got a new Bassett puppy and wanted to get some guidance on how to train her to rabbit hunt. Any pointers or books/websites you might have would be appreciated.

February 06, 2009 at 11:04am
A comment titled: West Monroe Mallards in response to a report titled: Paw-Paw's Pirogues Hunt with Duck Commander

Glad to hear the D.C. is still doing good. We used to hunt up near where I believe he does, off of Darbonne/Ouachita River. River's up so timber's flooded, good luck to all.

January 05, 2009 at 4:15pm
A comment titled: CHILL in response to a report titled: Whole sale Fireworks

I agree, Greenhead, chill out!

December 24, 2008 at 8:59am
A comment titled: Fish Lake in response to a report titled: Upper Ouachita NWR

We've hunted that area for many years, have a houseboat halfway between Alabama Landing and Felsenthal, was up there this past weekend, river was way up and most probably over the banks by now, you should be able to get into Fish Lake and find the blue line now, hope your not the crew that's started beating us to our spot of the line, been hunting there for 30+ years, good luck to you.

What area were you at in Southwest LA. Mostly see those kinds of Greenheads back home, North LA.

December 03, 2008 at 1:11pm
A comment titled: DU support in response to a report titled: Ducks Unlimited money at work

DU has done more for our duck population then any other organization out there, they'll always be haters but those of us who live duck hunting know!!!!

Nice fish Big Country, glad to hear all had a good time. Next time, let me know plenty ahead of time and I'll try and make the trip, X.

White perch, saw them posted earlier. Forgot, Sac-o-lait down here. Originally from north LA and new to the area. Not asking you go give up your magical hole but want to put the kids on some this weekend jigging, would you mind clueing me in on what body of water down here to start from. Any other tips would be appreciated. Thanks.

gatorbait1 has not filled this section yet.