What fish? in response to a report titled:  huge sheep head caught in hopedale.la. 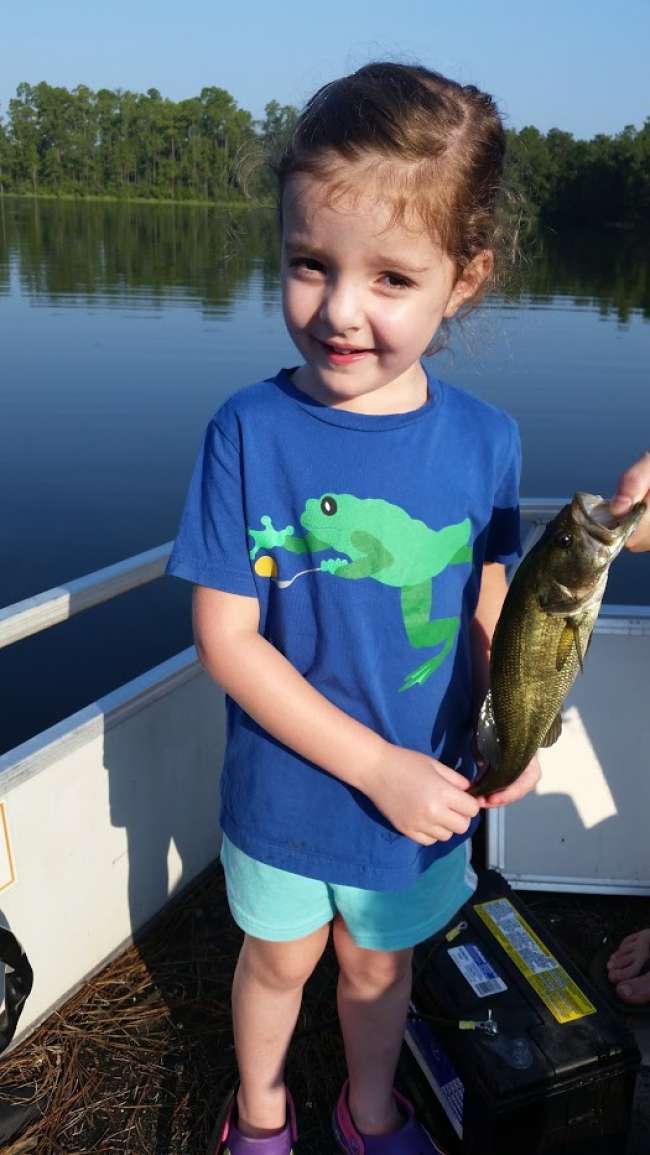 Mary didn't want to be outdone by her twin sister Nicole who was in the August edition of LA Sportsman. She got the courage to catch her first fish and even touched and held it. She was asking if she could be in the magazine like her sister! She didn't want to use a plastic frog which is her favorite animal so she settled for a green worm.
Congrats Mary! 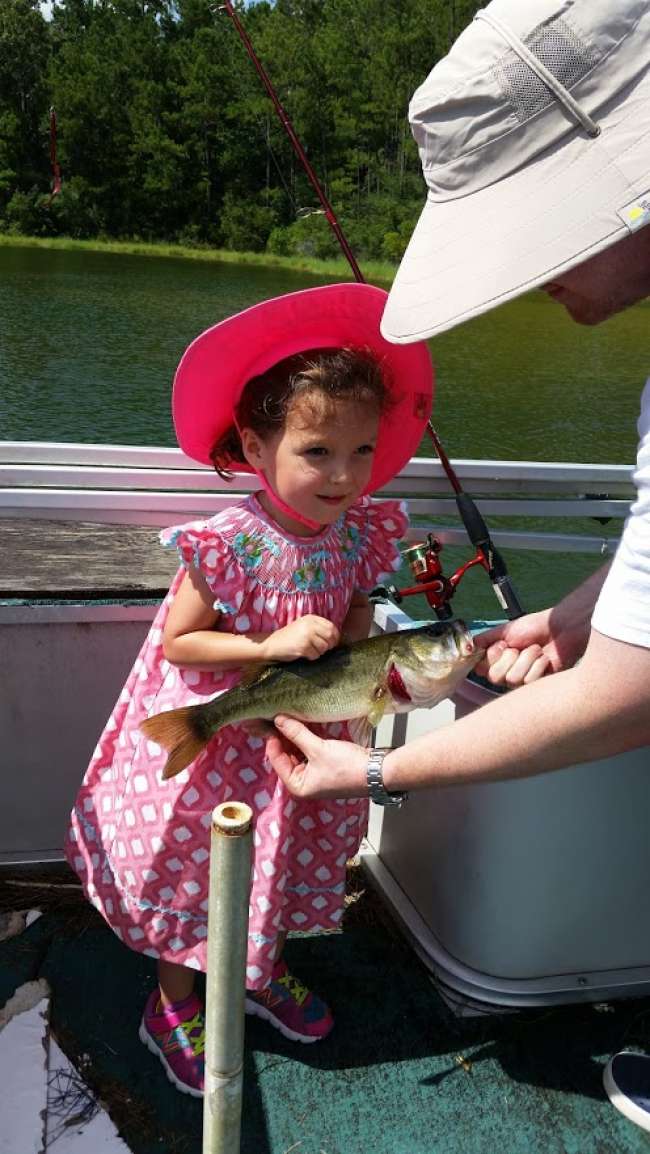 Need to take a picture of some fishing poachers on my pond. They usually sneak in when no one is home during the week. Need recommendations on an inexpensive camera to identify them. I suspect they will destroy the camera or steal it if they figure it out so stealth is important. Any ideas?

The 1000 lb wild pig was someone's pet until sold for a caged hunt. I doubt the 'hunter' was in any danger during the ordeal. He should have waited to shoot it when it came back to the barn to eat rather than having to haul it back from the woods.

Must be using some awesome attractant

March 30, 2010 at 1:25pm
A comment titled: What color is Cooper? in response to a report titled: Copper colored redfsih

Thanks for the comments. I'll post their pic's for all to see!!

The WLF predicted a 100% bass kill after Katrina. Not only were they wrong but we were catching nice bass in three months. Although I am not a marine biologist, with both bass and redfish involved, the most likely scenario would be oxygen depletion or contamination of the water. Hopefully this will only be a localized area involved. Salt water intrusion should not have killed the reds.

September 04, 2008 at 2:18pm
A comment titled: Russian Roulette!! in response to a report titled: What Extent would you go to catch TROUT

Scary to even look at it. So many people have drowned in that area, it's spooky!

About Yea U Right

Yea U Right has not filled this section yet.