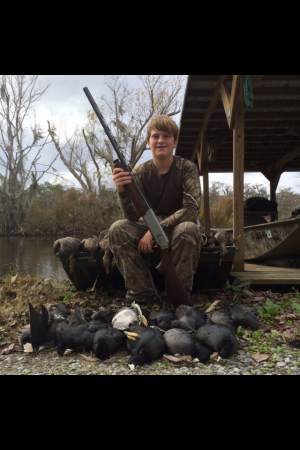 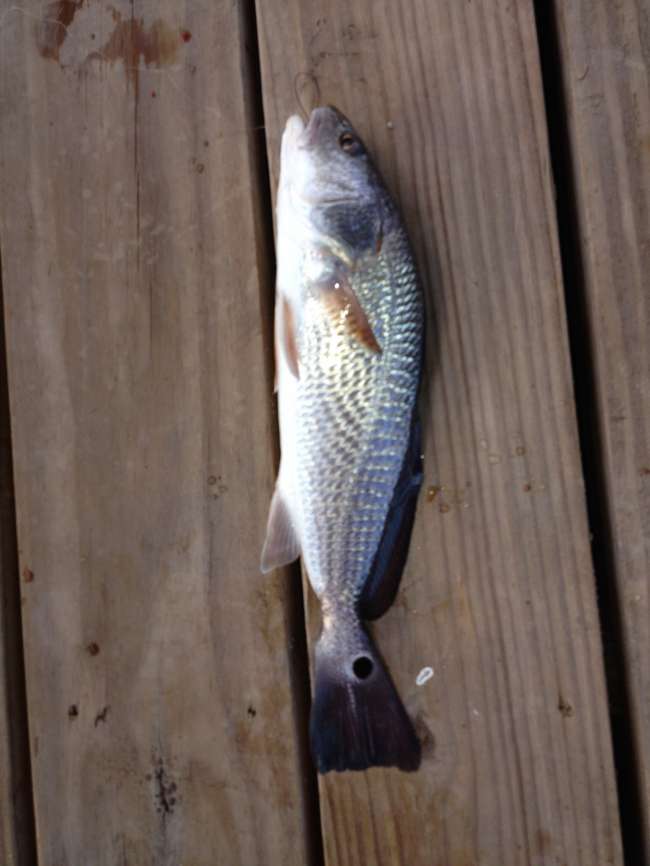 Caught this redfish the other day. Looks like he has a notch taken out of his tail. Was this from an attack or is this just a malformation? 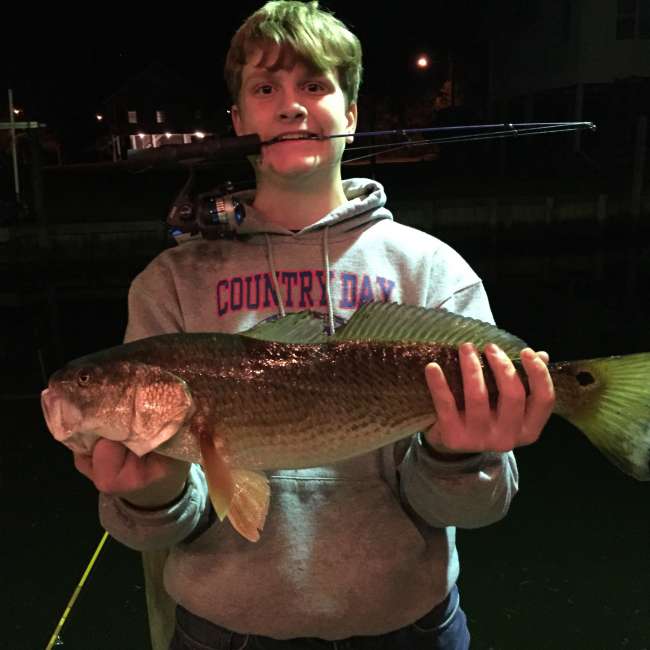 Caught this 24 inch red on a 1 and a half foot kiddy pole with 5 pound test mono in Pass Christian. 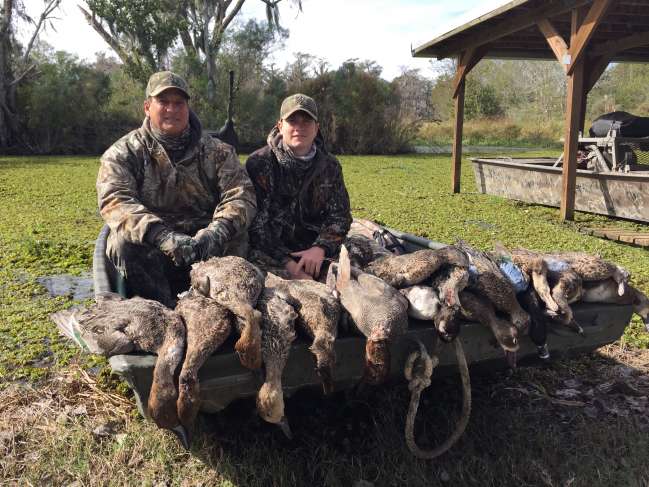 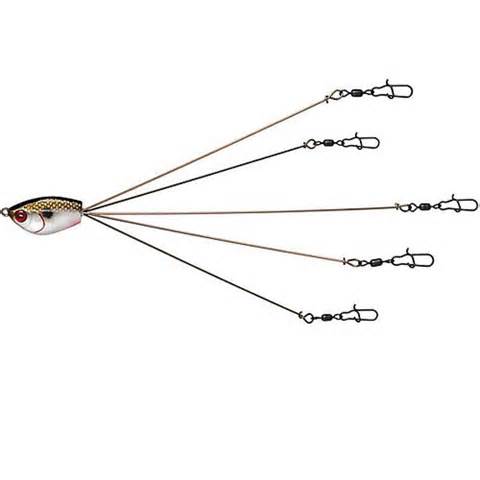 Would one of the these umbrella rigs catch trout and reds if you paired them up with some matrix shads?

In y'alls opinion whats the best fly you can use to catch redfish. 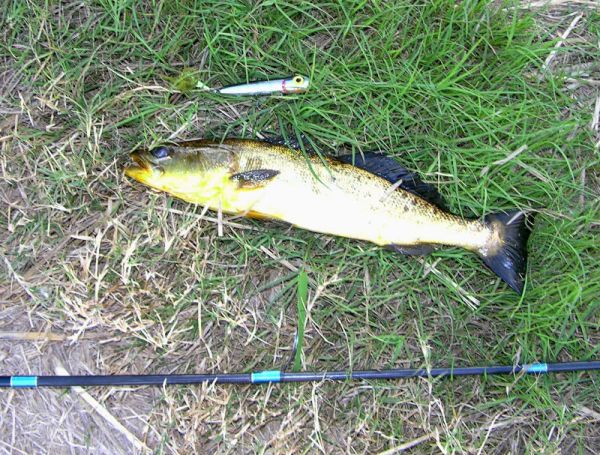 caught this fish on a topwater lure the other day have no idea what it is. Looks sort of like a cross between a bass and a speckled trout. Anybody have any ideas on what it could be? 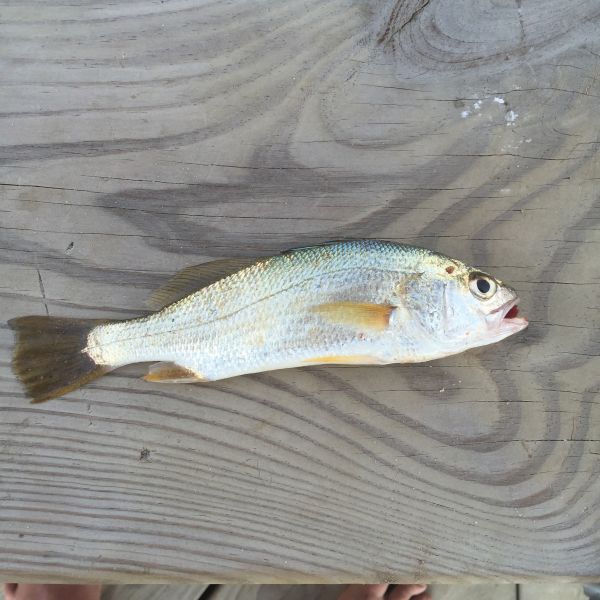 Caught this fish today in Pass Christian, any idea what it could be? I thought it might have been a baby bluefish. 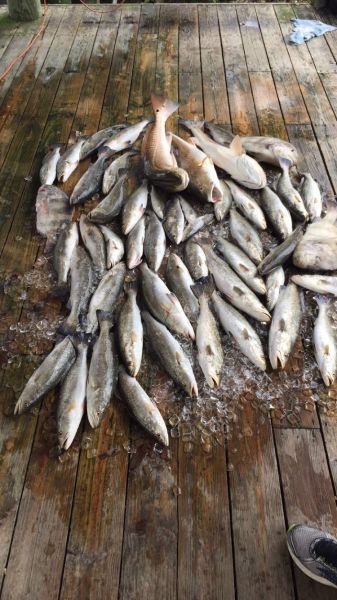 There is a small population of woodies that is about it. No big ducks the swamp is completely grown over with salvinia. But if you can find a spot where the wood ducks are flying low you may get your limit.

Don't listen to these assholes they're just pissy because they didn't kill shit this season. I for one enjoyed the video and if you wouldn't mind I would like to have the name of that song.

On the lease we used to hunt on we used to kill limits on every hunt. The main reason was because we had an abundance of wigeon grass. But when the salvinia moved in it covered it up and killed it, and whatever sprouts were left were killed when we sprayed to kill the salvinia

bufflehead are fish eaters so I can only assume they taste pretty bad. You are what you eat.

Somebody killed a pair of these one time in the lease where I hunt last year. Congratulations that is a very rare bird for Louisiana.

Cool, Thanks for the input Leger. Just saying...

Yeah I remember you, your the one who shot the double banded redhead right?

marbled feathers on the mottled duck are a dead give away.

November 18, 2015 at 6:07am
A comment titled: Re: Bowfishing in response to a report titled: Bowfishing

Since when does Rob Ryan go bowfishing? lol

Wow that is a cool kill. The only other time I have seen something like that is when I shot a teal with white legs.

Probably going to see ringnecks, teal, greys, and maybe some spoonbill. I hunt a private pond right off of Lake Bouef and that the usual birds we bag.

Some puddle ducks but mostly coot

yeah the fins are black and the eyes are swollen

hell no thought it had fish ebola or something

That is so weird I caught mine in Bay St. Louis too.

Sorry to hear that we had the same problem at a lease in Hammond. We also tried weevil's and it seemed to be doing the trick but two years ago it got so cold it killed them. We also tried crop dusting but some of the salvinia was trapped under the lilly pads and survived. Really the only way to get rid of it is to have a storm blow it out.

3/4 of the earth is water. God clearly wants me to fish, not mow the lawn.