I had to share this video with ya'll of my nephew, Alexander Chauvin, from Chauvin, LA, video of him explaining his favorite summertime Bass Baits. Hope you enjoy it as much as I do! He has a love for the outdoors like no other at ONLY 10!! ððð 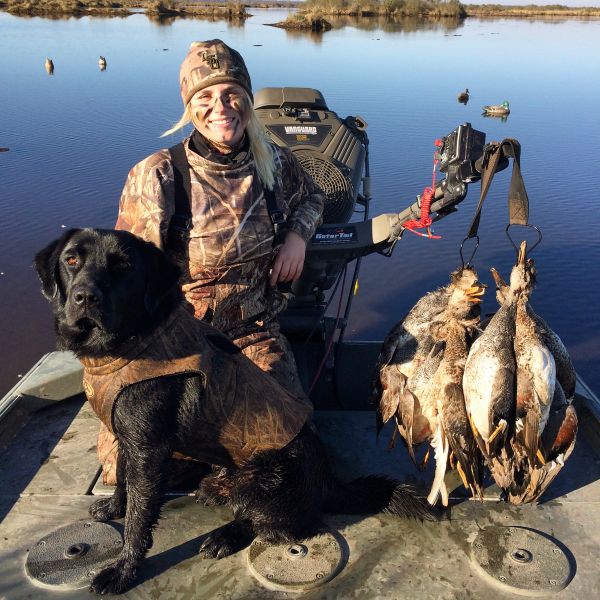 With one more weekend of hunting left, this past weekend was one for the books. Saturday January 17, 2015, the feelings that my boyfriend let me experience is one I will forever remember! It was still dark, the sun hadn't even risen yet as I was waiting in the blind for Wade Bagala Jr (boyfriend) to come back in the pirogue after laying out the few decoys we were using. While he was still in the pirogue, I could see the ducks coming in already trying to land right by him. Instantly, I knew what was about to go down. We both limited out before 7am that day. People know towards the end of duck hunting season, it gets really tough to get those ducks to come in. That morning was the most amount of ducks I have seen ever in a hunt. Our dog, Trigga is a beast, and as he was bringing one duck back, He had 3 more on the water waiting... The grey ducks stayed swarming around- flocks and flocks a few came in while the rest veered away. The feeling was out of this world getting to watch them dance, flip, call back, just live. Although I am not no expert duck hunter and haven't been hunting for 10 years, It was still breath taking, beautiful, one of the best experiences I ever had. Most girls don't see this as a memory that will last a life time, but for me, those are the best memories to make... Ones in the marsh with my best friend. ;)

jolieduet has not filled this section yet.