reef in response to a report titled:  White Perch Fishing 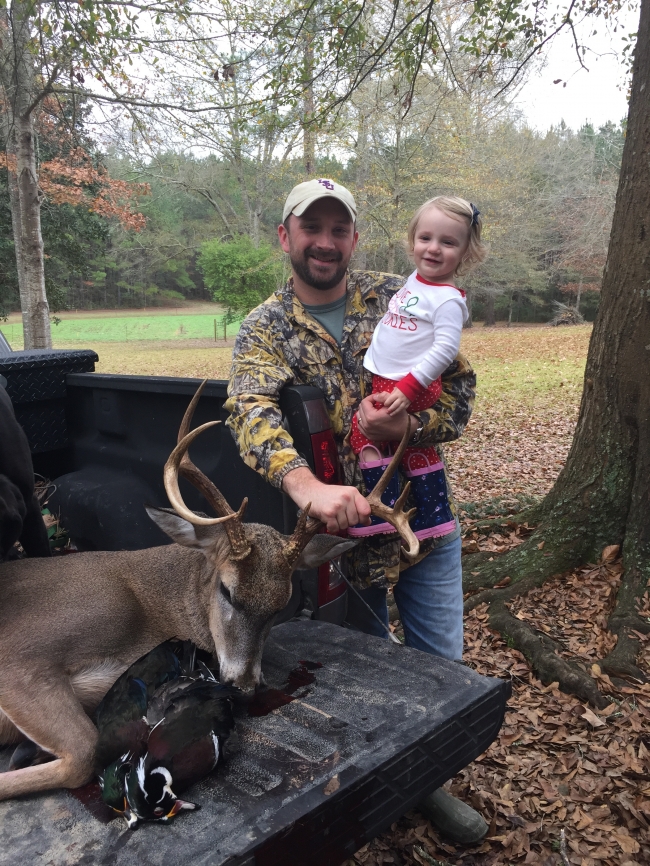 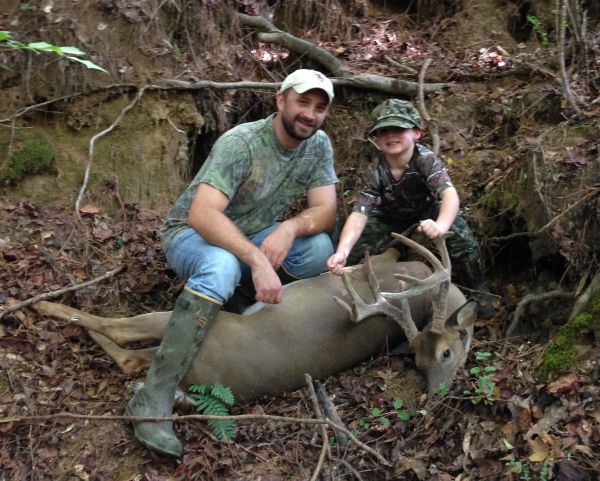 Thinking about running to lafitte in the morning. Don't get out very often. Is bayou dupont the bayou at the south end of the pen? Not real familiar with the area. Any pointers would greatly be appreciated. Thanks

I have a bow mount minn kota riptide with the tiller handle 3:1 turn ratio. I keep having a problem with it locking up and not turning at all after bouncing on long rides. It's obviously something slipping out of place internally. Anyone have any experience with these? Thanks.

Anybody know of anywhere other than tonys in the b.r. general area that sells live crabs?? Trying to find some fairly cheap and not drive too too far. Thanks

anybody know where I can pick up live crabs in the lafitte area?

In the hunt for a good hog trap. Anybody got any good suggestions. Baton Rouge to woodville area preferably. Thanks 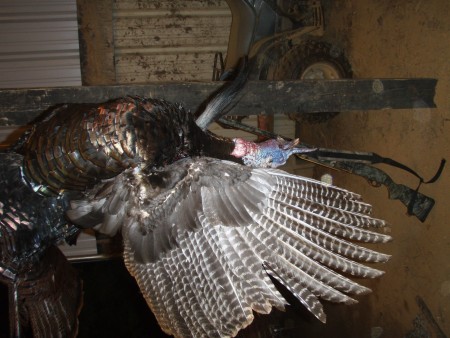 Finally caught up with him friday afternoon right before the rain. Went out to scout for the next morning expecting to get wet, I only brought my shotgun and 2 diaphrams. Sure enough I spot him at about 150 yrds in full strut. I backed up the rd. sat down and yelped twice, no response. Let 20 mins go by yelped again. He cut me off at about 50 yds with a gobble. With in 5 mins. I could here him 15 steps away drumming behind some brush, still couldn't see him. Finaly stepped out at 15 paces and took him. Double bearded, 11.5" and 8", 1-1/8" spurs, 20 lbs. Hunt of a lifetime.

I've got a rancher 420 that burns up coolant like nothing I've seen. Fan kicks on all the time. Wondering if anyone else has experienced this and does it matter what type of coolant I put in. Granted, I hunt straight up and down hills and put it through some test on average day. Allthough, it never seems to struggle.

February 21, 2008 at 8:58pm
A comment titled: reef in response to a report titled: White Perch Fishing

about how long does it take for one of these to start holding fish? or should i say how long before you can really start fishing it?

January 31, 2012 at 3:10pm
A comment titled: thunderchickens in response to a report titled: Gator Hunt for Turkey Hunt

Probably 5 or 6 dozen tomorrow. I hunt in woodville live in baton rouge.

I sunk some 6"x6" post 4' deep with a 2 man gas powered. Don't do it unless the hole is 3' or less! The problem is the augers are typically 3' tall. You can get a 2 or 3 foot extension rod, but once that auger gets below ground level the dirt just packs on top of the auger. It can get so bad you can't pull it out of the hole. Considering the soils down there, I'm sure it would be even worse. I now uderstand why they attach them to tractors.

I purchased the Katera this summer. Shot the DXT and the Katera prior to purchase. The DXT is smaller and quieter. That's all I can say for it. The Katera shot much smoother and was much more accurate ...for me. Extremely accuarate, Bowie in B.R. had a demo of each to shoot.

I bought one summer of o7' It's a serious workhorse. You can't push one much harder than what I've done with it. Never let me down. It has great power and still managable if its about to roll (not too heavy). Went with manual, one less thing to worry about keeping up. Bought it from great river got a great deal and good service worth the drive.

September 16, 2008 at 11:33am
A comment titled: turkeys in response to a report titled: Trophy Thunder Chicken

thanks guys, Don't worry he's already at the taxidermist. I've got a question for ya'll. A buddy of mine was taking a look at it and said it didn't look as if he had been breeding much yet. Which in turn means he's probably not the dominant bird of the group. Any truth behind this? Or is it too early in the season to tell such things?

April 10, 2008 at 6:55am
A comment titled: Hopefully more to come. in response to a report titled: Trophy Thunder Chicken

That's the first bird to be killed at our place. Just got into turkey hunting a few years ago. Hopefully the first of many. Near woodville.

Thanks for the advice, I'll try to check that out.

i'll do a thorough check on that. Does you're fan kick on a good bit. It just seems to come on an abnormal amount.

woodvillehills has not filled this section yet.