Dropping hogs back to back with a thermal scope

Dropping hogs back to back with a thermal scope 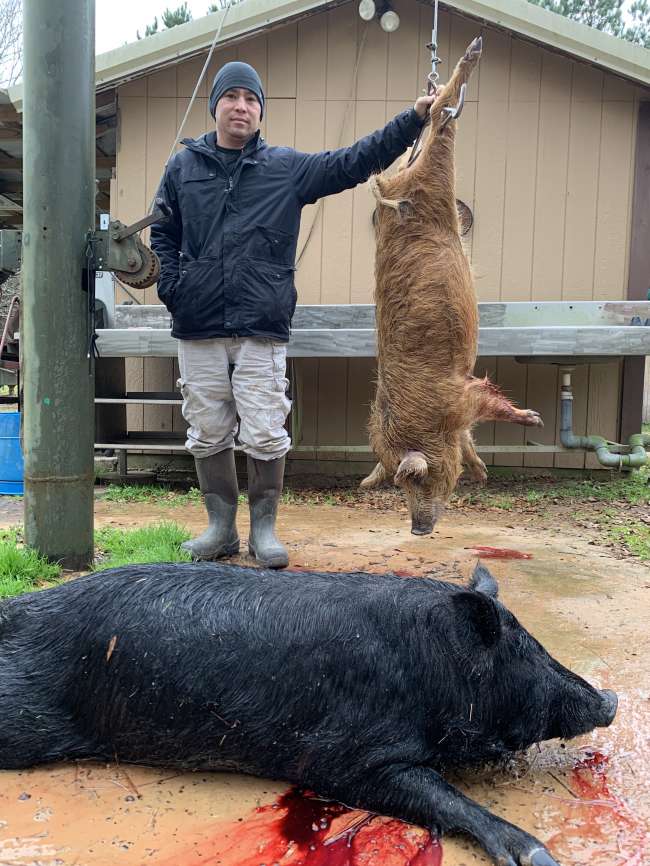 Spotted three hogs and went for the double-hit shot. After cleaning the pigs, it shows that both where hit with the initial shot and broke the leg of the second boar which explains why it walked slowly which gave me an opportunity to take a second shot. 100Y Pulsar Trail XQ38 Thermal Scope SigSauer 716DMRG2 6.5 Creedmoor Federal Non Typical 140 GR 6.5 Creedmoor

Second trip with Kingdom Charters, consistent crew, great bunch of people to hunt and fish with. They truly seem to love doing this!

Never really thought that I'd find rats in a tree but I guess for me, there's a first for everything. This is a thermal vid of them being taken @ 16yd 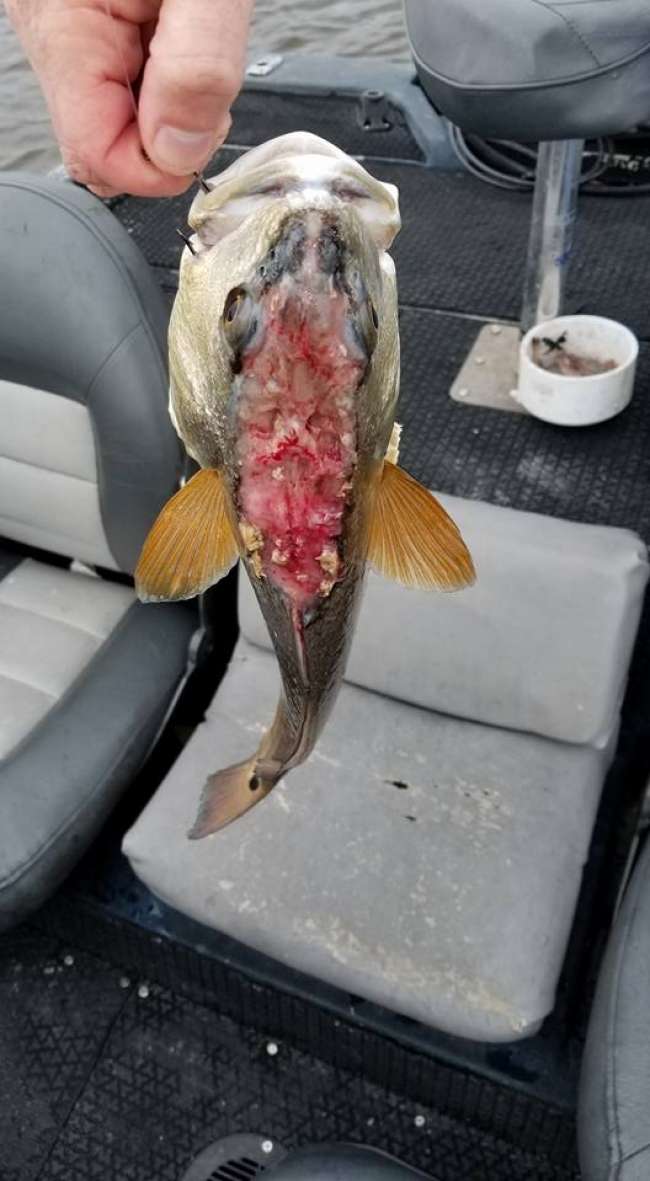 I've fished a lot, haven't brought in so many redfish in such bad shape in a single trip as recently. Brought in 8 different fish in various levels of distress in different areas of lafitte in one day. What could be causing this? Is this a disease? Posted to LDWF's facebook page and they didn't say anything yet.

Went hog hunting with a new outfit this year, 'https://airboathoghunting.com/' got some hogs and learned how to skin my own hogs. It was a good hunt with friendly guys.

Webmaster, what's up with the advertisement that we cannot close? It's not about advertising, it's the fact that on an iphone, using google chrome, sometimes when I bring up this website, an image of coke comes up and there is no X to close it.I just have to reload the page.

Went to Venice this weekend and after casting and loading up on mullet for bait, we came across this crazy scene. I'm fairly new to fishing, so it's quite a spectacle for me.

Tagged a couple and also pulled in this fat Stingray. Surprisingly to me, the meat has a texture of a nice juicychicken breast and a clean taste that might take on any flavor you give it. The youtube filleting videos made it look easy but holding on to a heavy slab of meat while trying to maneuver the knife and getting a good angle coupled with the slime coat was a bit challenging. But by the other side was much easier once I got the hang of it. Produced 17# of clean white meat. 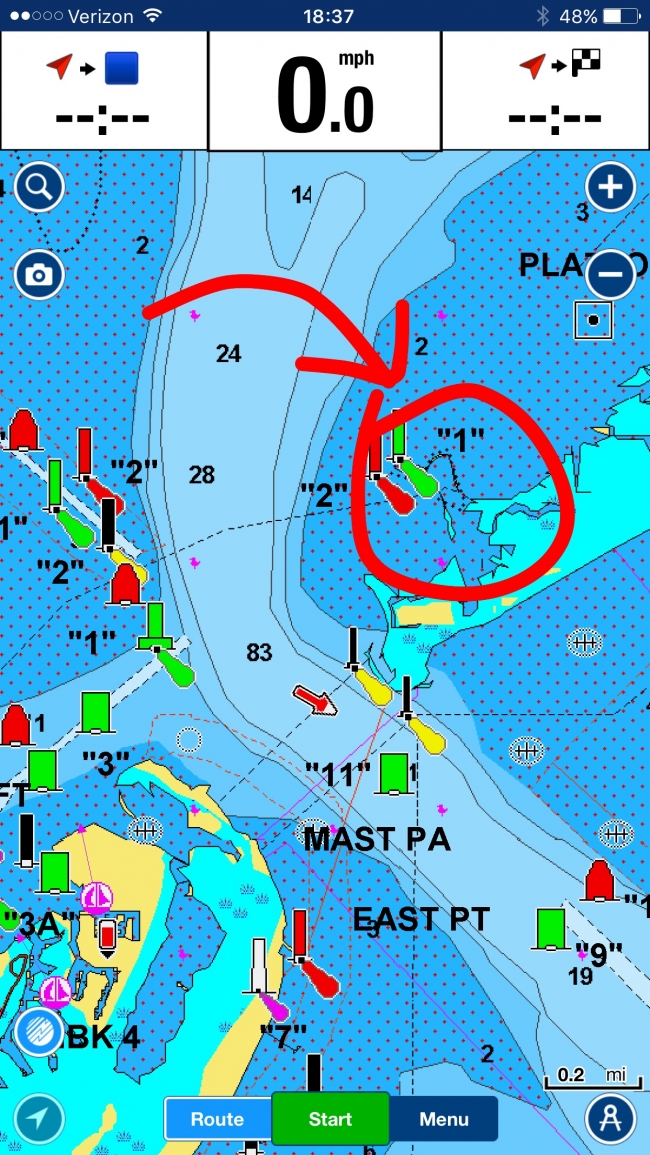 Went out Sunday and everything was nice until I hit some rocks. Usually obstructions around here have poles stuck in the ground, but there were none in this area. Long story short, hit the rocks at 4 mph and limped to sand dollar a mile away.

Called seatow, Capt Evan and Capt Tyson rushed out with a prop that fits my boat. The trailed me back to Nicks in Lafitte and told me the service charge would have been $1,100 if I didnt subscribe to seatow.

I'm thankful I did. On the way back on my own motor, saw someone being towed.

Heres the pic of the prop and the area where the rocks are. Marked on a map, but not on the water. Hope nobody else goes through this.

Great group of guys, and had a lot of fun! There's some blood and gore, viewer discretion is advised.

Probably could do something with a cheaper NV unit but I realized that with my hobbies that I should just go and get the item that I want and have it work well for me from the get go. I've spent so much time in the past trying to rig stuff and always ended up getting what I wanted at the start, this time to save me money and effort, I just went and dove right in.

The .22 pellet gun has a picatinny rail.

This scope is a Pulsar Trail XQ38 on a Benjamin Trail NP pellet gun. The scope is usually on an AR-15, but for these rats, I needed to be discreet and safer.

WLF said the fish are stressed from the cold snap.

Gillnets eh? That's quite interesting. I just looked up some pictures of fish and the effects of gillnets and it's strikingly similar. I am really hoping it's not some sort of flesh eating bacteria turning fish into Zombies.

This is the way I go in. Good luck and happy fishing!

Brent @airboathoghunting is professional and follows the rules. It's good business practice in my opinion.

Yes, I think that's that area where we launched.

Thanks! I know Ad's generate revenue, just allow us to close it after viewing it and i'll continue to surf this wonderful free website.

I used a Samsung Gear 360, the 1st generation. This model is only $100 now. I mounted it on my grab rail. The battery is okay, you might want to bring two with you. You can't shoot video while you charge it though. Two batteries would last me a whole trip as long as I turn it off when it's not recording. It doesn't take long to turn on either. Good luck!

I checked my Navionics maps and it's listed there. I should have checked the area before going there. Still it shouldn't hurt to have a couple dozen canes erected there to mark the hazardous area.

Here's a map diagram of the area zoomed in.

Yes sir, that's barataria pass, the island is due east of the grand isle park. There was a burnt building there. And a few more next to it.

Lol thanks, I'm, trying to do more service, so if I can find more places, I'll make more videos and start donating the meat so less people will be hungry.

I'm not keen on the idea of this poison getting into our ecosystem. I read the studies that said it's not potent enough to hurt other animals but the fact is that it's not natural and it'll be in the ecosystem. From the hogs, to the gators, snakes, rodents, insects, etc.

Hog eradication is free. Ease the restrictions in the WMA on the seasons and allow larger calibers and we recreational hunters will gladly do it for free.

Save that money for schools and to repair the roads. Heck, WMA sell hog tags for $5 each. I'll gladly pay for this cause and to help with the WMA mission.

Got a boat, looking for fishing productive spots and the tell's of the water to discover good spots.