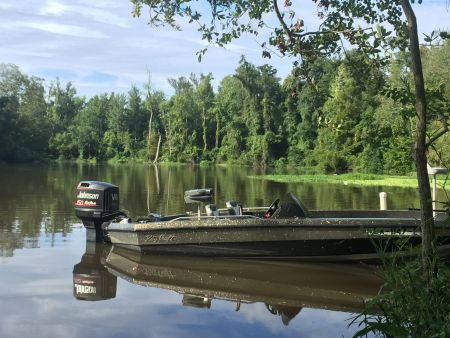 Early limit of specks from the Island

Early limit of specks from the Island

Louisiana fishing produce man (YouTube) We fished out of Delacroix this past Sunday we did well catching a limit early.

May 08 at 7:59am
Fished Delacroix yesterday 2 man limit

We fished Delacroix yesterday we caught a 2 man limit by 10:00. All our fish caught on double rigged beetles. If you want to check out the video âLouisiana fishing produce manâ on YouTube

March 15 at 11:16pm
Tough day in Hopedale this morning

We put in at daybreak this morning in Hopedale La. we caught a few keepers at the rock dam low water with no tide

We put in at 11:00 at Reggio ran into the lake caught a few ran over to the Delacroix side caught 6-8 then to the Hopedale side then to Reggio again to make a box of specks. Burned lots of gas looking for fish.

February 18 at 2:13am
Fished this morning in Hopedale 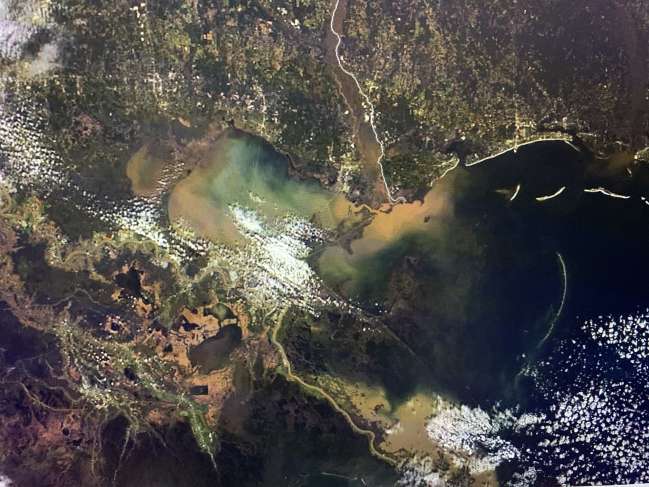 I checked Modis satellite Monday to see what the water was looking like. I was trying to find a place with some clean water for Wednesday to fish. I went into lakeshore and caught 2 keeper specks. We just canât catch a break we have the Pearl river flooding the Rigolets with river water. Delacroix/Pt la Hache has Mardi Gras pass flowing in that area I still don?t understand why MG pass is not closed off. This is why the speckled trout are in trouble! It?s the river water killing the fishing. Thought I would share the image from Monday since the guy just posted the river stage.

February 09 at 6:01pm
Smoking the speckled trout on the Pontchartrain bridge

January 15 at 11:28pm
back on the lake pontchartrain trestle today saturday

David and I hit the train bridge fish are still there.

afternoon trip lake pontchartain trestle we were on a good bite. fred and I put in at dockside at 12:00 had 50 speckled trout at 3:45 more videos on YouTube{ Louisiana fishing produce man}

December 05, 2019 at 1:42am
Delacroix inside fishing started slow then we found them 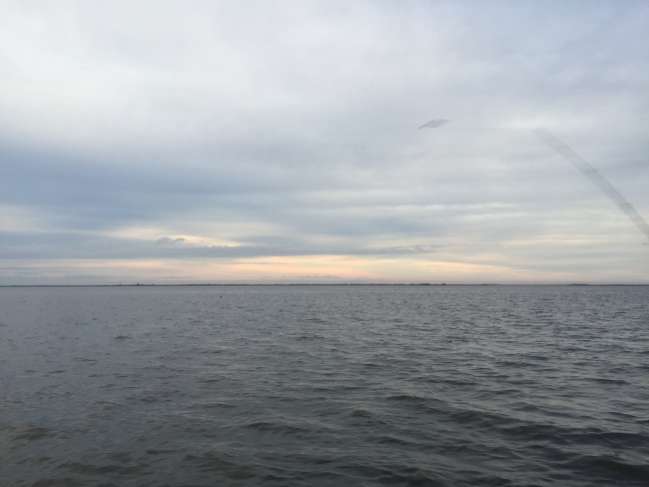 Launched at Sweetwater around 7:15 ran to
Little Lake to the right towards Alligator pass but
1/2 mile from the shore. Same area we caught
yesterday I was the first boat to fish off the shore
then the posse came lol. But it's all good plenty
fish for everyone. First cast they were on fire
until 8:30 then slowed two of us had 38 then had
to work for the 12. Finished up at 10:30 with 50
caught them on 1/4 oz chartreuse sparkle
beatles on the bottom reeled at a steady pace.
Tried a cork numerous times only caught one
keeper under a cork. Ticket is to drift not anchor.

Thatâs nice beautiful day today too bad I had to work. Did you try the lake we were taking about for specks?

I will have to try a few whenever you get them done. I watch guys on YouTube pouring their own bait looks pretty interesting if you have the time to experiment.

I own just a 186 older champion bass boat all the other boats are friends boats.

What I meant to say was the water dirty at the rocks?

If I wouldâve fished yesterday I wouldâve went to hopedale also so I think you made the right choice. Delacroix is going to be dirty with the wind blowing in river water. Itâs just so hard to fish in that wind!! Did you fish the rocks?

We made a rare trip across the Causeway to Puglias 2 weeks ago on a Saturday morning I found the .99 cent bin I bought all the beetles I could find. Funny thing is Iâve never seen that color and said I will give them a shot. David had on a matrix after 3 hit the box he was convinced beetles were the ticket. Iâm going somewhere tomorrow not sure where. I know the water is blown out of Delacroix but if it comes back in today I might hit Delacroix tomorrow afternoon. Wednesday itâs supposed to be blowing again better check the winds before just rolling out.

Iâm going to give the trestle another try Tuesday morning let you know if itâs a bust!!

Beetles always been a killer. I remember 20 years ago many times fishing in Oak river where people get close and Iâm sticking specks and guys are asking what is that youâre using. I tell them a beetle most didnât have them or didnât know what it was.

At least yâall caught a few that water in there is beautiful whenever itâs dirty still Better than most but them specks are too picky in that area. We going to Delacroix today hopefully we we find some decent water.

Nice box of fish as always

I just donât like tripping over a net my boat is just not big enough for a net lol. I just came back from the bridge 16 trout and 2 reds this morning solo trip I will post the video tomorrow

Donât need any live bait as you can see

Thanks for that buddy for the kind words. Iâm going to the causeway next just to check it out in a few days I will let you know what I find. My YouTube is Louisiana fishing produce man. Subscribe on my channel

Anywhere around the lake round 4 horse area has beautiful water. We tried 5 different places with a cork nothing. The fish are in the deep passes eating baby croakers 3/8 jig head jigging off the bottom you will catch fish. We made 5 different stops and caught fish every where yesterday 6-12ft of water

Bet them kids were loving that. I canât wait for my grandkids to get old enough to give them the fever

Iâm only free this week working whole next week

I tried everything in my box from wake, top water, Jerk bait suspending they wanted corks. I hate throwing corks but whenever thatâs all they hitting we will throw corks. We didnât put in until 11:00 I think we missed the early bite we definitely had to work for our fish.

I been fishing Delacroix Island since I was 12 yrs old now 46 yrs old try and go once a week sometimes more.