spot in response to a report titled:  Basin Ducks

I am looking into getting a boykin puppy for woodcock/waterfowl hunting.

anyone know of reputable breeders in louisiana? out of state? 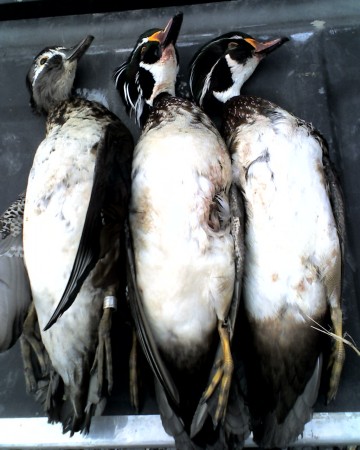 I killed my first banded duck last sunday. Hen woodie. all i got to say is its about time 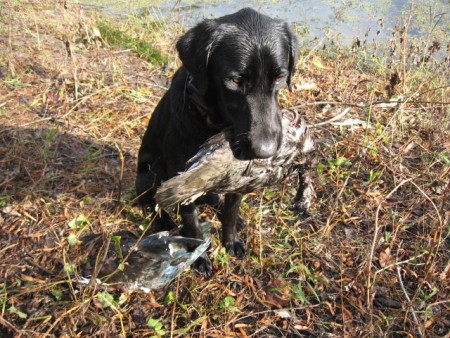 Hunted in the basin this morning, dropped 2 woodies out of the first flock that passed by. My dogs first real duck hunt, her first 2 ducks to retrieve while hunting. Not my best hunt ever, but I was so proud. 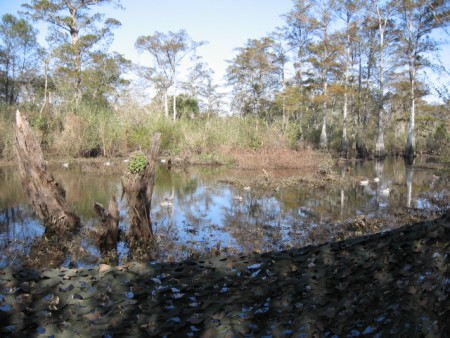 top secret area. death from above.

anyone know how strict ldwf enforcement is on atv tire size?

any opinions on other brands?

anybody know what the water level is like at bayou benoit landing?

i found a website with a bunch of level measurements but im not sure which is the one to use.

anyone know where i can buy some live doves or pigeons at?

Anyone been bass fishing at Chicot Lake recently?

I have tried a few but have never really been satisfied.
About the best I have found is a mustad 3/0 big mouth tube hook.

I have the following 12 gauge empty hulls to give away:

These are all shells I shot and picked up and they are in perfect shape. I just hate to throw them away. They come packed in the 10 3.5" winchester boxes.

I will ship them to anywhere in US for $15 or you can come pick them up for free.

Anyone know what water level gauge will be accurate for the water level at the Bayou Benoit Launch?

I found this site but Im not sure which it would be, or is there another?

Anyone seeing any ducks in the sherburne/whiskey bay or indian bayou/ henderson area?

Anyone seeing any teal in the henderson or whiskey bay area?

I seen in the Louisiana sportsman whats in this issue section this article. What is this article about? Fishing?

anyone been fishing for bass at henderson?
i posted this a few weeks back but no response, i know someone has been since then.
help me out.

Are they still planning on building a basspro or cabelas around BR? both? one?
if so, when are they gonna start and how long will it take to complete?

How bad is the grass/ floating lilies at henderson?
Are the bass biting? on what?
thanks in advance

can i get the gps coordinates?

Benelli Nova is the best pump on the market. I'll take it over a 870 anyday.

Shot several cases a year through mine for 4 seasons, not one single jam or malfunction. The finish is alot better than 870s too, they dont rust nearly as easy.

my 2 favorite chokes for duck are factory modified and Terror .700

December 12, 2007 at 6:44pm
A comment titled: flagging? in response to a report titled: Why No Flagging on Indian Bayou?

all flagging does is show everyone else where you hunt.

get a good gps and it will be harder for people to steal your spots. i use the Magellan Explorist 300, and love it. way better than any of the garmin etrex series.

both expensive guns, but definitely worth it. you get what you pay for.

omg, thats awesome. i'm speechless. i had one large group of mallards working this year and i was so pumped up i couldnt hardly breath. definitely woke me and my dog up during a slow hunt!!

its not a passion, its an OBSESSION

nice, i saw ALOT of big ducks on opening day. i see hardly any since then though. all i been killing is woodies and teal

there is hardly any water, extremely low. just in the main bayous and deeper sloughs, no backwater in swamps or woods

November 04, 2007 at 8:03pm
A comment titled: jumping carp in response to a report titled: Asian Carp

November 04, 2007 at 6:56pm
A comment titled: shotgun in response to a report titled: whats the best gun

October 17, 2007 at 8:11pm
A comment titled: snakes in response to a report titled: THISTLETHWAITE KILLER RATTLESNAKES

i hunt there ALOT and see alot of mocassins but never a rattler. i'm sure they have a few there though.

i hunt there alot and see alot of mocassins but never a rattler.

October 16, 2007 at 9:41pm
A comment titled: it's really spelled......Thistlethwaite in response to a report titled: Squirrel hunting Sherburne Thursday

but good try though buddy.

has the dog been force fetch trained?

i like the quackhead spec also. great sounding and requires not as much air as the chien caille. (which is a great call but is not as easy to blow)

mudslapper has not filled this section yet.