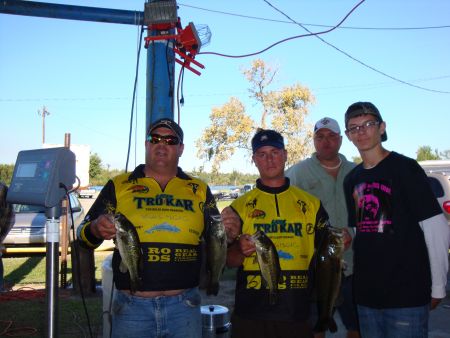 I just bought a new used motor its a 96 mercury 135hp v6. I connected it to my existing quiksilver control box. The motor runs fine and all but as soon as you turn the key you get a constant alarm and it doesnt stop even when running. What could be the problem? Did i hook something up wrong?

New and upcoming bass club out of st Charles parish. DIRTY DELTA ANGLERS ASSOCIATION is our new and upcoming bass club. Dues for the whole year are 250$ , first club meeting is Friday night. The whole amount will be due by April. We fish 1 tournament a month and its 2 different Sundays so its shift work compatible. Text me at 504-428-5918 for more info!!! We have 10 members in the club as of right now! Great start with a bunch of guys new to the sport of club fishing give us a holler if interested

My 1990 mercury mariner 115 will trim up and down but when you trim it up the motor slowly falls back down to the tilt tabs. Anyone ever had this problem before. The reservoir is full of hydraulic fluid.

Hey guys I have a question. I'm mounting a 115 mariner to my 17' bass boat. I have the jack plate already mounted to the boat and I was just curious if there was any specific bolts I would have to use to mount the 115 to the jack plate? Thanks. I'm going to use nylok nuts

I have a 17.6ft predator bass boat with a 150 mercury black max xr4 that's runs great. It's got 3 new batteries, brand new 65 lb thrust trolling motor. Also had running lights, bilge pump, livewell, storage, rod boxes, hot foot. Runs about 61 with just me. I wanna trade it for an aluminum boat with either a surface drive or out board. At least 16ft. Text me 5044285918

Haven't seen any teal thus far in southeast louisiana from bayou black to Venice up into the swamps around lake pontchatrain. Anyone in the region seeing em? Looks like we're going to have another repeat of last season 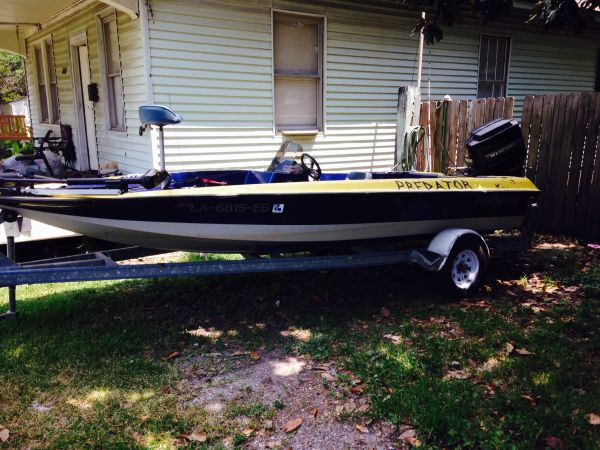 I would like opinions on a good asking price for my boat. It's a 17'6 predator bass boat, with a 150 mercury black max xr4. I just put all new carpet in it, a brand new trolling motor , 3 brand new batteries, brand new livewell pump, it has a hot foot, plenty of storage, good trailer, papers on boat only, a laser 2 prop on it. This boat has great hole shot and jumps out the water. The only bad thing is the top cap when I got or was bad off and had almost no paint so I painted it with a yellow oil based paint like I was told and now it flaking off. Other than boats sweet. What do y'all think I should ask or get for it?

Where can I get 2 good tires for a 20' hankos boat for the trailer, what kind of tire do you recommend and where can I get them that won't break the bank.?

I need some help guys. I have a 1988 predator bass boat. The boats in pretty good condition I just to redo the carpet which is no biggie, but also the top coat on the top side of the bass boat is faded and some parts were sanded away from the previous owner. The boats a purple color and on the top side some parts are sanded down to white. What can I use to paint it and then what should I use to coat it also? I don't have access to a spay gun so I'll need something I can roll on

What's your bait of choice to fish lake verret right now? What's the one lure you'll pick up and won't lose confidence in when fishing with the cold water temps? Thanks guys!

Never really hunted here just Indian bayou when I was in college. Thinking about going tomorrow and finding some flooded timber for some mallards and woodies. I need some honest opinions. Is it worth it? Do I need my boat? Anyone doing any good? Any other helps appreciated. Thanks

Ok guys im looking for something a little different here! I've got my backstrap all prepared and ready with cream cheese and bacon but I'm looking to wrap it with something different besides jalapeÃ±os. Has anyone tried something different? Maybe thin sliced potato? I know some of you deer lovers have done some extreme things with this recipe

Having trouble finding boat launches that will allow me access outside the protection levee to the surrounding marsh, can anyone give me an address or directions to one that's open, preferably on hwy90. Thanks guy

Can anyone help me out on bayou savage? Im looking to take my brother to kill his first duck and all I have is a 14ft flat and a trolling motor for us to go in. Is bayou savage wma accessible with that? And is it worth me taking him out there over the areas I know? I've never been to bayou savage. Thanks for any help. Email me at djreb93@yahoo.com if you don't want to comment 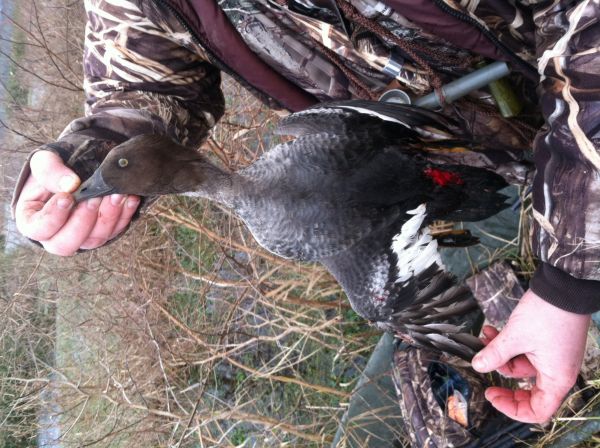 Can anyone positively id this bird? It looks like a hybrid.

I heading to tensas for the lottery hunt this weekend , but I wanna go a day early and do some northeast la duck hunting bc I've never been. Can anyone help me out please? Just wanna go for a day and have a shot at a mallard. Thanks from the southeast hunters . Email djreb93@yahoo.com or you can text me at 5044285918 or comment thanks from dj

Me and my dad won a lottery deer hunt in tensas next weekend I love deer hunting but I was wondering if there was anywhere I can duck hunt publicly around there? Looking to kill some mallards along the river if possible. Is there anywhere near tensas or does anyone know if I can hunt the refuge for ducks on my lottery?

Do y'all think its worth going run out by the power lines at south pass today? Ill be using fresh dead shrimp on the bottom thanks

No it won't be every weekend but I try and host one at least once a month .

Personally is use the site alot more if it were more phone friendly, aka I'd there was an app. Personally I think it's an out dated system that they use for the login and the posting system. I'd like to see an easy use app set up like Facebook even if I had to pay for it

April 10, 2015 at 7:05am
A comment titled: Went yesterday in response to a report titled: are trout in west lake ponchatrain yet?

I went yesterday and fished all over back there only caught 7 lady fish and 2 gadtops. Went to Manchac this morning and got a few reds by the 51 bridge saw some people catching triut but I didn't manage one

Anyone wonder why there's more birds after the seasons closed???? Oh yea that's right because there aren't a million dumb ass surface drive boats driving thru every nook and cranny of the marsh. The birds leave when they hear those loud air cooled motor coming bc they know that means hunters. Ban surface drives and watch your kill count come back up

Boat and motor are both 89 model. Everything's solid and motor was rebuilt 4 years ago

Haven't been but planning to go. Try cabals that flow in the lake. Let me know how you do

This is a good post, math geek is being a doosher! Didn't know this site was some kind of military club that I have to report to every time I go fishing! It's people like you math geek why I don't post reports. Anyyy whoo I am actually curious about the bridges as well? Anyone have any good info?

Never woulda thought we'd have a day like we did, planned on making a long run but hit a few honey holes on the. Way and decided not too. Team rebstock / remo(hymel*) lol

February 25, 2014 at 10:58pm
A comment titled: That's about right in response to a report titled: Positive id on this duck

That's about right we thought the duck before it was a bufflehead bc it was so white, and knowing it could've been the drake goldeneye makes me sad lol

What about boeuf wma? If anyone has any helpful info plz email me at djreb93@yahoo.com. I just need basic idea and your experience there and such. Thanks guys I figure it's a little different then the marsh

October 11, 2013 at 8:25am
A comment titled: Redshad in response to a report titled: Cookie jar tournament *EDITED*

Shoot me a text redshad. I might come fish it

Here's my .02 cents on sportsmanship and the charter captains post.

Sportsmanship should not be gained or earned but yet given, and no other sportsman is greater than I or you.

And the charter captains, I feel as if you are correct in saying that they should have there own section to post in, and yet they do give helpful information I wouldn't believe every single peice of information given by the captians(not to say that it isn't true but just stating a personal opinion)(now emailed info may be different). As for myself I'd rather not see every single post by a captain of limits of fish bc for me that's unrealistic. I like many others are weekend warriors and like to read post of others who aren't going and limiting out every weekend. Yes a limit is great but for I just enjoy catching fish and find more reliable and helpful info from the other weekend warriors who may go out and blank or who may go out and catch a dozen or so or etc. when I ask for help on an area or knowledge on a topic it may not be because I'm a new sportsman but because I like to hear what the people have to say and learn from the guys who can't be on the water everyday. Captains give good advice but you must remember they also see the water day in and day out so you may not be able to repeat or compete with there outings, and that's why a non guide post gives me a better judgement on how I'm going to fish and what to expect hen doing so.

Hunted for ducks out o a red kayak last season! Yes a red one! Lol perfect duck hunting tool, I hunt the swamp so it's shallow and wooded but boy that kayak comes in handy, dry box for the mojos and gun, big back compartment for the dekes, and the kicker would be that paddling down a canal with pirogues who launch at the same time as you, you'll beat them to the spot in half the time, the kayak roles, and if you have a red one like I did academy sells a camp netting like 10$ and fits over it perfectly

August 19, 2013 at 5:55pm
A comment titled: called ldwf in response to a report titled: Registration

called ldwf today and found out that I could in fact do so, thank you for your help tho!

August 14, 2013 at 9:26pm
A comment titled: hello in response to a report titled: Registration

Bonnet Carre Spillway is where i live