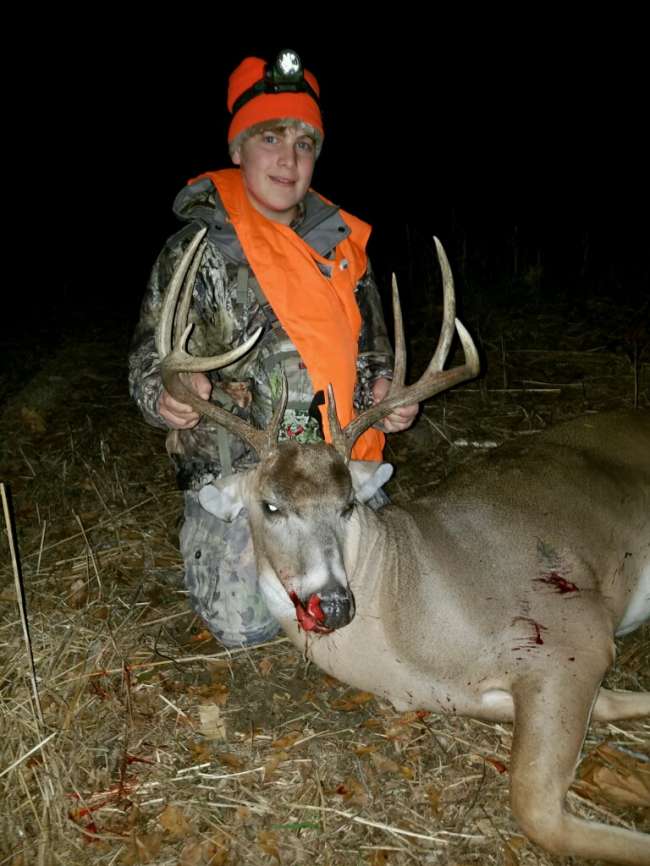 It was an evening hunt. I was by myself in the stand. The deer moved late, and I had a small non-shooter buck come out first. Then to my left a cull deer came out at about ten yards. I thought about grabbing my gun but something else caught my eye on the left. That's when I saw him! He chased the cull deer out of the field and then walked to the end of the food plot at about 70 yards. He left the food plot and three does came out. About 5 minutes later, there he was again. He started following the does and got about 50 yards from me. As soon as he stopped, I pulled the trigger! Shortly after the shot, I heard him go down in the woods.

PrestonP has not filled this section yet.