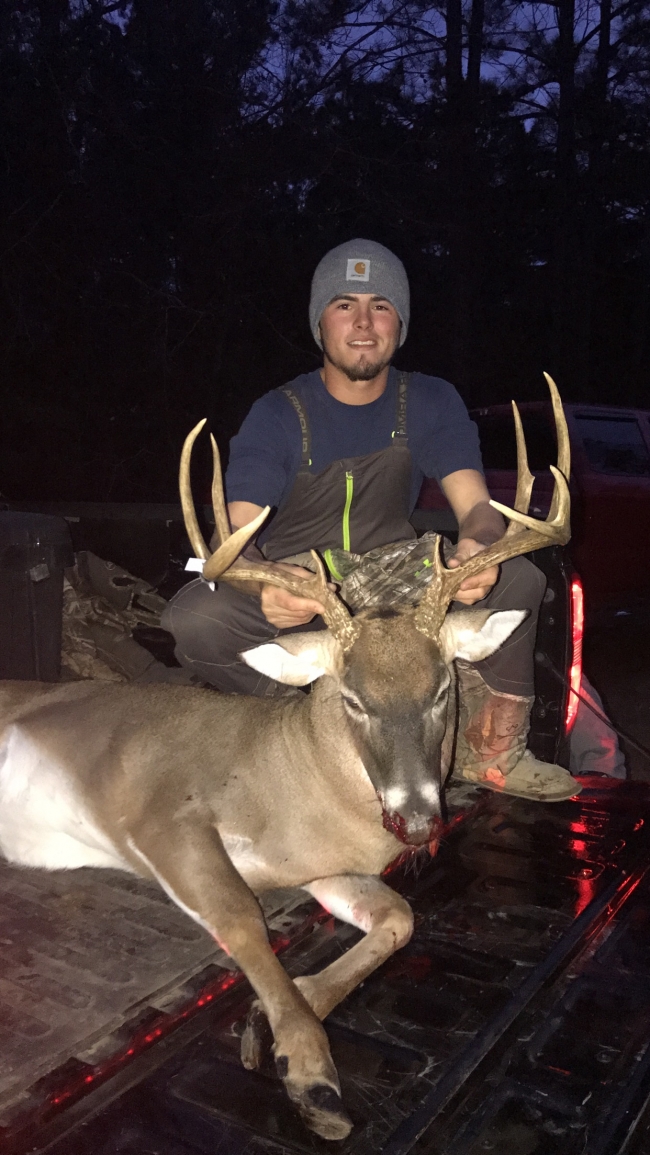 Killed on my 22nd birthday 11/21/2017 at 5:05 pm. He came out behind 2 does but he wasn't running them he checked 2 scrapes on the pipeline. He then ran the 2 does off the sweet feed I had put out earlier before the hunt. When I got on him he was a lot bigger than I thought. He was at the last pile of feed on the pipeline which was around 300 yards. Using a Christensen Arms 7 mag I dropped him in his tracks. He was behind a terrace on the pipeline and i all I could see was horns sticking up and I knew them he was a monster. I immediately called my grandpa and my buddy's to meet me at the gate to witness the biggest deer I've ever shot. I was overwhelmed. I took him straight to the taxidermist, I did not get a wet score I'm going to wait and get the dry score.

Peyton Connor has not filled this section yet.