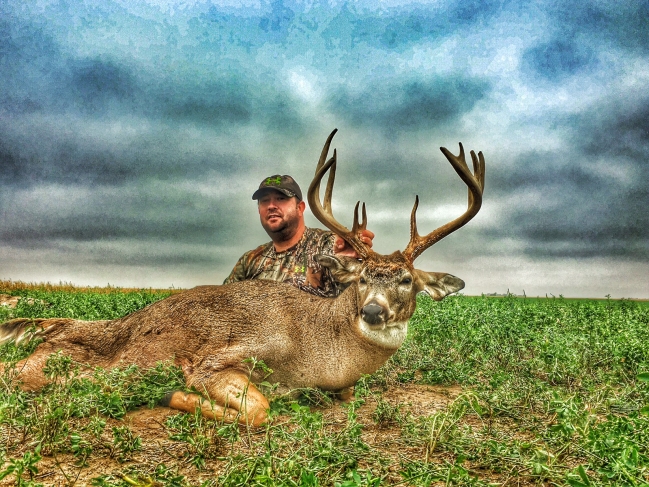 I killed this deer at a buddy of mines Matt Yancey with Misty Morning Outfitters in Alden ,Kansas opening day of early muzzle loader in September he green scored 164 6/8' . Cool thing about this deer is that Matt's wife had an encounter with this deer last year during bow season put a arrow in him and was never able to recover him . This year it was argued wether or not he was the same deer because he had put on a lot of mass . Well we settled that argument a few days later when I was caping him out I found a pretty good piece of her arrow still stuck in him from the year before ! Goes to show you how tough these animals really are .

nickl1 has not filled this section yet.