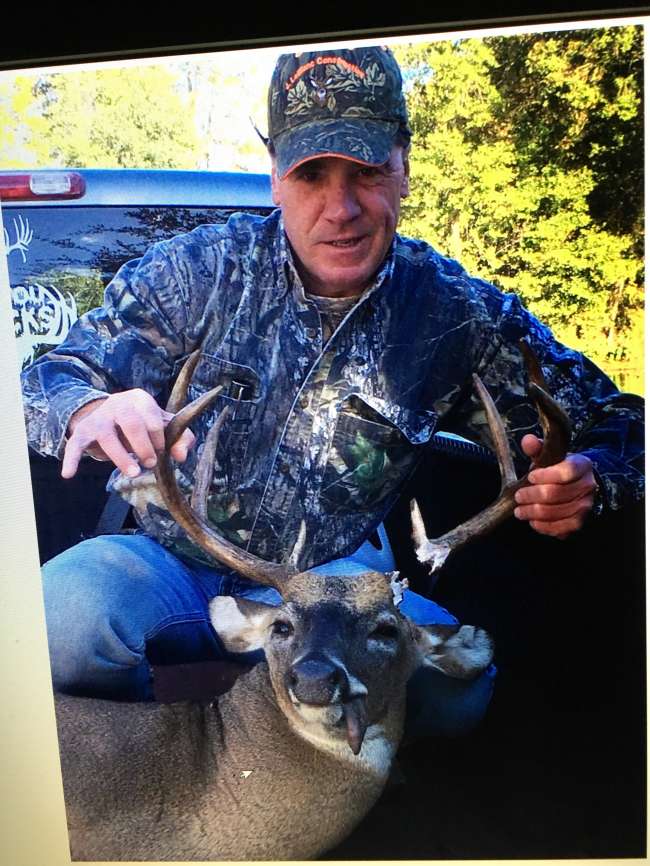 Took this one opening morning Nov. 19 area 6. Lucky shot right at daylight 140 yards. Shot his left side off right at the base and knocked him out while walking to my stand.

Found some Oyster Mushrooms this morning. Looking for a recipe cooking them with olive oil and butter in a skillet with some kind of seasoning. Thanks

Cannot get my Pc to read my SD card in the last 2 weeks on my Dell computer. Has been working fine. Tried 3 different cameras and cards nothing wrong with them. Dand Dell wants $130 to tell me what to do :( Need help .Thanks

Please post some thing asking any able body that can come and Help some of these people right now that need our help in this time of need.Thanks

Always use some thing like a 12' x 12' concrete side walkway block. There about 2' thick so that way it will not rot and last for ever and keep the legs from sinking and rusting away. I also connect cables to each side of the stand at my plat form under the sitting plat form then use a house trailer anchor and screw it in ground until its tight to keep the wind from blowing it over. 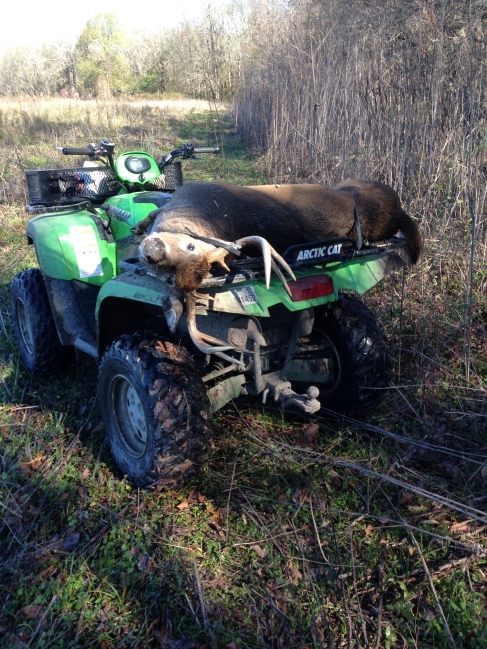 Taken in Pointe Coupee parish on 1/11/16 on private land.

I agree Greg.Very Good post.Don't put Gas on the fire even though we do have the legal rites to do what we do just don't give the CRAZY'S to give us more trouble.Don't own a Conferate flag but thinking about getting one.Lol 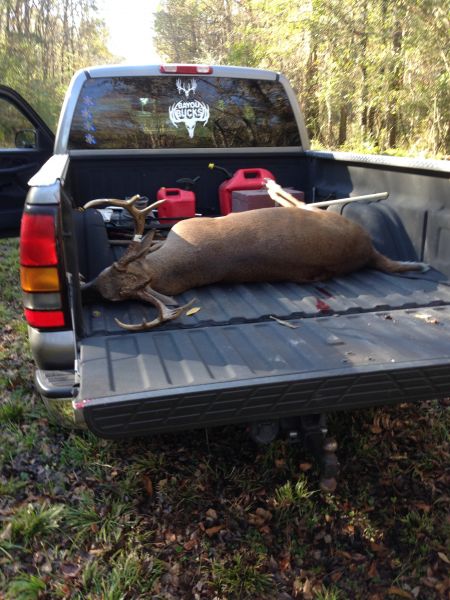 Kill this nice Buck this morning chasing a Doe. 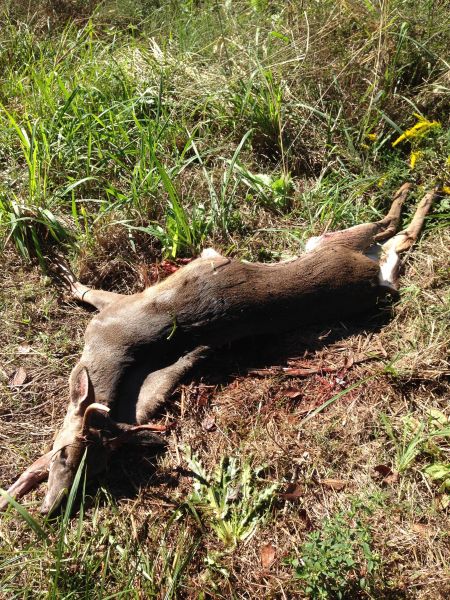 This is what Coyotes will do for you.Lost my supper.

What some is standing on a ladder looking down.Lol

Going to the Bend tommorow thru Sat. looking for any reports on the bass.We're hopeing to make a couple of trips out on the lake.Going to help a friend move so we're limited on fishing time.Staying near the Pend. bridge south side in TX.I know the wind has been bad.Thanks for any help.

Thats a cheap shot on the Saints.The Saints got flagged by the refs for fouls or late hits in the game.Why wait till now to come with this HS.The Saints were not the only team tackling players.What now flag football. Can I say appeal.

Who will win this weekend on St.John in Florida.

I would just like to wish all the guys fishing the classic good luck and have a safe time this weekend. I know its going to be tough conditions but these guys are so good you know some of them are going to whack them. I also would like to say to spec. to please give the guys plenty of space to fish this time because of limited good fishing water. Thanks, oh and good luck Hack Attack.

FF I dont agree with you. If somebody took you kid or dog & you knew where they were would you wait on the popo to get them back and take a chance of never seeing them again I dont think so.If its mine I am coming after you. 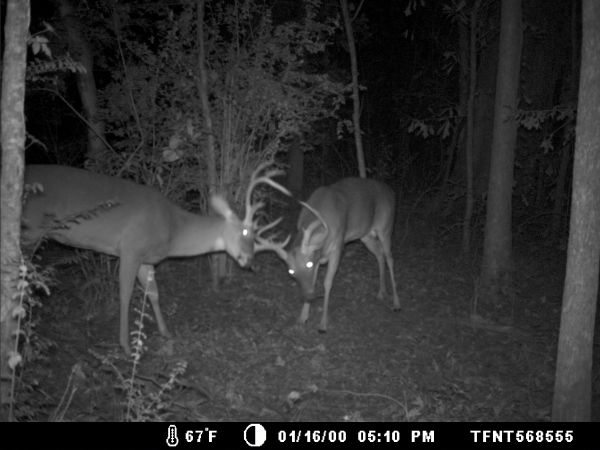 If your a Saints or LSU fan then your having a good time right now. For me it will be even sweeter to see LSU kick some tide gogo & watch little Nickie throw his fits. He might even quit & go to big D with Jerry Jones.Maybe we will get some respect after this. GEAUX TIGERS 24-13

Looking for a good recipe for grilling the breast or something simular. What is a duck bomb recipe. Oh & I do keep the legs and thighs for gumbos.Thanks for any ones help on suggestions.

Cannot believe somone would pay a million dollars to walk in a pen & shoot this deer. Story is on Boone & Crocket. 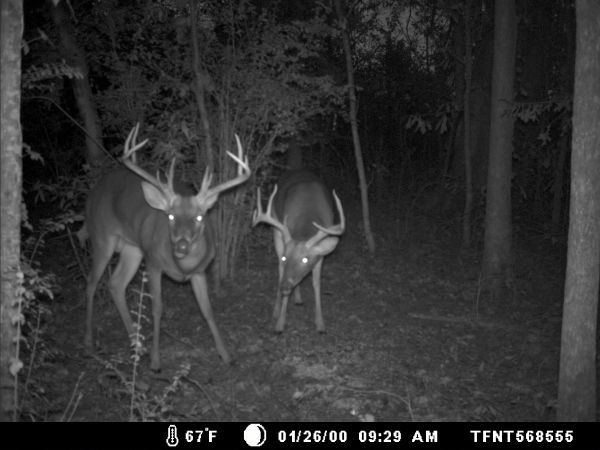 Core Lokt are better than any other on the market.

Nice Buck. Gotta like those Texas dark horns on there Deer. Congrats

That's correct the first knocked him out cold and I walked right over to him because like I said I was on my way to my stand when all this happen. In which time it took me maybe only 2 or 3 minutes to get to him after crossing a canal. I'm sure in another few minutes and would have fully come to and got up and run off. I have read stories of this before but it was a first for me. I know of one that was in North American Whitetail years owned a Trophy ranch either in Texas or Old Mexico and had one of his Trophy Bucks fixing to go over the property line on some else and they would have killed it or so he thought so that's what he did was try to shoot one of his antlers off and did so and he said in the process knock the deer out.

Lol. No it did not kill him. When I walked over to him laying down on his left side and seeing his right beam sticking up I had no idea of what I had done. Admiring the size of the horn left on and looking at this huge body he weighed 235# and was some where around 17.5 ' on the outside spread and had no idea this Buck was around of all the pictures I had of other deer I was kinda shocked. Then I'm looking at this huge body and see he is still alive I'm for a bullet hole some where and cannot see one no where then all of a sudden his head kinda moves some and he tries to lift his head and I see the other antler missing I'm like WTH. End up having to shoot him in the neck. Was thinking a little later if that had happen and I was in my stand he most likely would or could have got up and run off because most times it might be and 1/2 hour before I would even get down and go look. Better to be lucky than good some times. Lol. Then after all this where I get my Deer processed at when I go to pick it up the ask me about his weight and told him 235# he said no way and I told it was weighed on one of those flat ground scales they use to weigh pecans on and was a certified scale but he was hanging over. He said they weighed one at 250# and doing mine and that deer mine was bigger.So I have no answer for that. He said they should be weighed on a hanging scale. All I know is he was huge. Killed another on last Friday 1/6 and he was over 200#. Thanks

Congrats on that fine deer.That's what Dad's are made for.Lol

Poor Girl better get some sun screen on.

January 30, 2015 at 7:56am
A comment titled: Wow in response to a report titled: Mississippi Buck

Thats a Heck of a Deer there.Congrats

jffb57 has not filled this section yet.