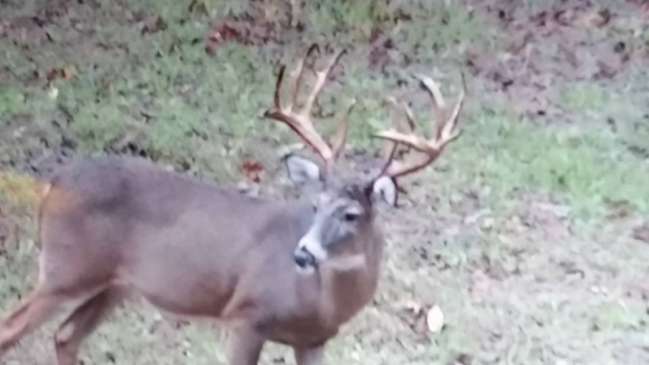 Went up to Buddies Place in Alabama. They had no idea what rice bran was lol. We put out the new buck bomb powder with rice bran. Had em coming in on a rope. doe came out first then a young 8 then this Stud came out. He came 20 yards broadside. Stuck him with my Bowtech RPM360. Muzzy Phantoms/Spot Hogg Sight 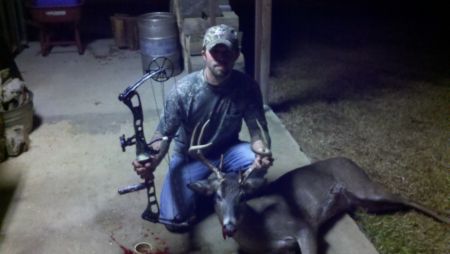 January 16th.....cold and raining, but I was still going to make a hunt. Got in my climber at around 2 o'clock. Started with a little grunting and doe bleats. I had scouted out some scrapes and hooks around where my climber was and sure enough he came out. He was about 75 yards when he came out so I hit my Madd growl call and he came right in. I waited till he was about 30 yards and let my arrow rip. BIG BUCK DOWN!!!

Just got a new boat and want to go run it out to Little Lakes. I have been there once. Any advice???? 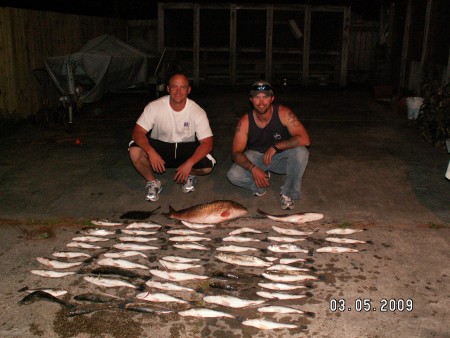 Me and my friend Skipped work two Thursdays ago and took his boat down to Leeville. At first it was a little slow but then we came across a oyster bed and limited out in about two hours. Nothing real big but it wasn't too bad. We mostly stayed in canals due to the wind.

torpedowake has not filled this section yet.