Now this is what I call Close

Letter From David Vitter U.S. Senator in response to a report titled:  Fisherman Heads Up/Obama has plans for you

Now this is what I call Close 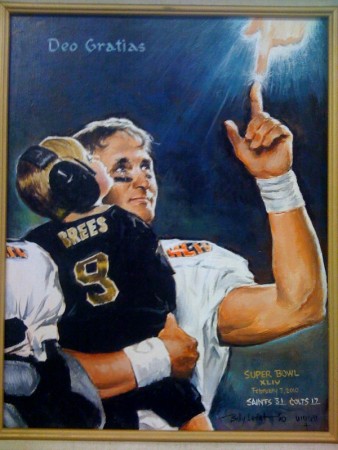 The devil went down to New Orleans lookin to steal Drew Brees.
He was in a bind and way behind because Hell was fixin to Freeze.
"Now you play pretty good football boy but give the devil his due.
I'll bet your soul you lose the superbowl because Peyton is better than you".
Now Brees said "I like Manning and the boy is ver...y good"
"But the Saints are taking this one son for all our fans in the hood".
Now Shockey's warming up his knee and Drew plans to throw it hard...
The colts won't know what hit them when they can't even gain a yard.
Now the fans are invading Miami bringing all that they can bring.
Screw Mardi Gras this year folks "Who DAT" is what they sing.
So devil you can talk to the hand and ya know what you can do with your sin
Go back home and put on your coats.....
.BECAUSE THE SAINTS ARE GOING TO WIN!! 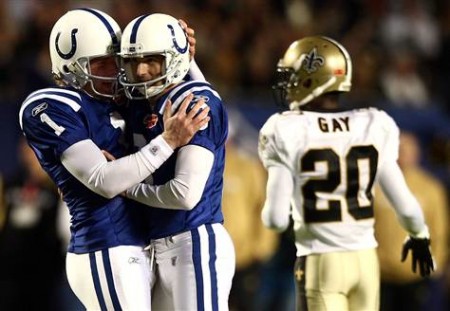 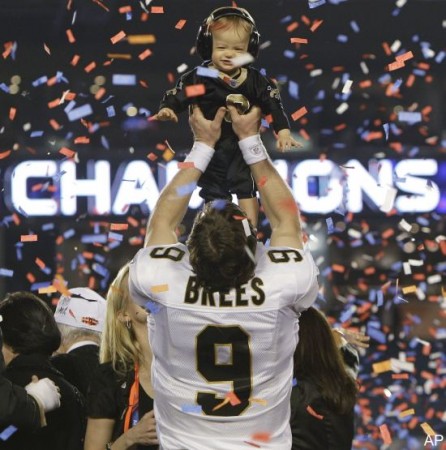 It's worth the wait 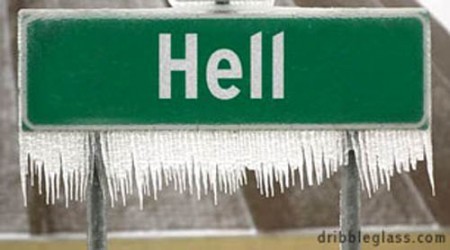 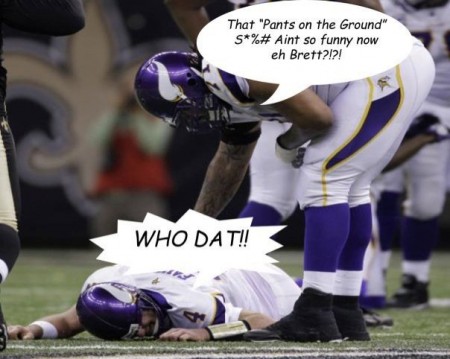 WHO DAT SAY PANTS ON THE GROUND

Thought this site would be handy for some. The site is how to hook up different trailer lights

June 19, 2008 at 5:42am
A comment titled: Letter From David Vitter U.S. Senator in response to a report titled: Fisherman Heads Up/Obama has plans for you

This week I wrote President Obama a letter expressing my sincere concerns with his administration's efforts to unilaterally exclude fishing in waters off Louisiana's Coast.

President Obama has created the Interagency Ocean Policy Task Force under the guise of protecting our lakes, oceans, coasts and their ecosystems and resources. This task force is working on a secret zoning plan that would give it a say over what activities get to happen on public lands and waters, and they would make these decisions without any public input.

The Obama Administration is proposing to use the most far reaching and questionable legal authority it can conjure to achieve what a handful of special interest groups have always wanted -- limiting the access of U.S. resources to U.S. citizens. And coastal states are set to suffer the economic and social impacts of an agenda-driven administration that does not have fishermen's interests in mind.

There has been virtually no public or Congressional input before using this questionable legal authority to decide to cut off fishing access. ESPN covered this issue earlier in the week and the strong outrage that is beginning to resonate throughout the country over this unbelievable activity by the administration.

Fishing is a social, cultural, and economic bellwether for the health of a great many Louisiana communities. Unilateral action by the Obama administration to sever fishing from the soul of Louisiana by zoning off our oceans arbitrarily is an outrageous federal reach into the state of Louisiana, and I assure you I'll keep fighting against it.

I think it's PANTS ON THE GROUND

January 27, 2010 at 7:42pm
A comment titled: Might want to check out this one also in response to a report titled: Saints winning Kick

January 27, 2010 at 5:20pm
A comment titled: Black out in response to a report titled: saints addtion

Their talking about a blackout for the Saints game

RE: I WAS LOOKING AT THE ROSSI 243 YOUTH RIFLE COMBO.

Stay away form Rossi. To many problems with them and cheaply built.
Buy the boy a Handy rifle in the 44 mag., you can't go wrong. Later on when he get 16 he will still be able to use it to primitive hunt with it. Shoot the 240gr. HP, It's a killer, The Bullet and Gun Combination

You Don't under stand, if the Saints would have beaten Dallas, the coach was going to get fires. Being us LOUISANA"S are such push overs.We have feeling for others especially our neighboring states. Thats why we let the Cowboys win Sounds like a good excuse to me !!!!

I also heard that obama, the idiot also won the Heisman Trophy. He watched a football game

If you need more wood you know where to get it.
Same place you got the Hickory

Thanks to the men and women for your service and may GOD Bless you.

Get them both a 44 mag handi rifle. That way they will also be able to use the gun for primitive huning.
Plus these guns shoot great. Don't under estimate the 44 mag

November 10, 2009 at 8:40pm
A comment titled: scope in response to a report titled: question about gun sights

cabelas has a scope especially made for the 444 rifle.
A scope made for shooting the LEVERevolution bullets.
The scope was on sale a while back for $49. But went back to the orignal price of $99


November 07, 2009 at 8:16am
A comment titled: Add to boiling crawfish in response to a report titled: Additions to boil

By all means don't forget to add Smoked Ham Hocks to your boil.

At times we have had Smoked Ham Hocks, corn and potatoes and garlic. Boil those with crab boil and sit back with a few beers and enjoy yourself

November 06, 2009 at 5:05pm
A comment titled: prop in response to a report titled: the boat doctor, hank johnston

There is a difference in pitch degree and cup .
Making more cup should cut the rpm's down some.
If that doesn't work. Making the pitch bigger, say from a 21 to a 23 pitch would cut down the rpm's
Hope this helps

That old man happens to be your Daddy , Father, not an old man. Have some respect for your elder kid. If I would have called my Dad and old man. I would be wearing a leather strap across my butt with lots of welps.

try contractor salvage, Their next to Boats Unlimited on Airline Hwy

I saw a few deer in the spillway swimming they had scuba gear on and snorkels
Just messing with you . Yes deer do swim

If your worried about your shoulder start shooting a 44 mag 240 grain hollow point. Deer want walk away. Plus it will help with your shoulder problem.

October 26, 2009 at 5:09am
A comment titled: Milbrook in response to a report titled: MILL BROOK/ WOODVILLE MISS.

Is Patterson still runnung that place

October 25, 2009 at 7:21am
A comment titled: Batteries in response to a report titled: Remington Feeder Battery Problem

Do Like I did. I got tired of replacing and buying those 6 volt batteries. They got expensive anywhere from 5 to 9 dollars apiece. So I bought a 6 volt car battery. Now it last all hunting season.

cajunbob has not filled this section yet.