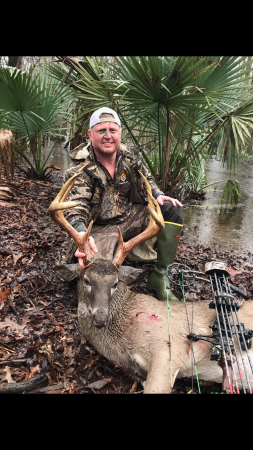 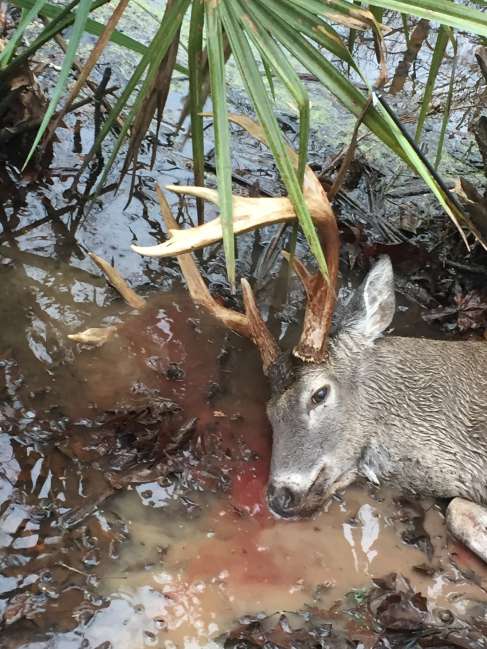 Stuck this buck with my bow @ 25 yards on some public land up in Concordia parish chasing a doe on January 2nd. 10:30 am and raining was able to watch him go down so I didnÃ¢â¬â ¢t have to track him. 2 1/2 mile walk in hunting solo. Luckily had a good buddy that lives around there and was able to leave work and come help me haul him out. Took us almost 5 hours with a cart due to all the rain and mud. HeÃ¢â¬â ¢s a 9 point rough scored him at 147Ã¢â¬Âs, had 5Ã¢â¬Â bases and his main beam still 5Ã¢â¬Âs between G2 and G3. 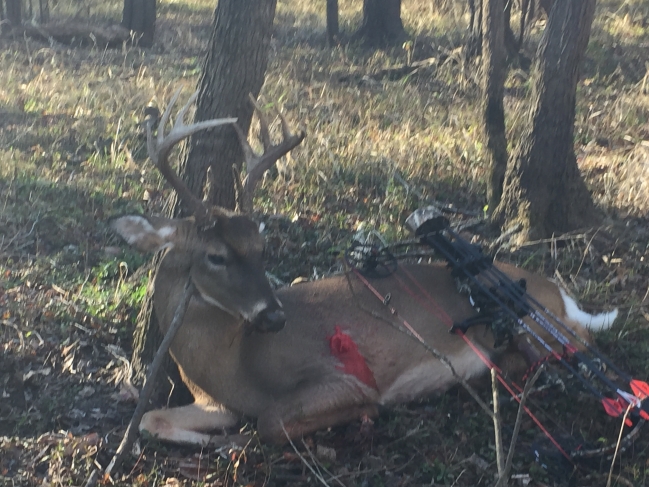 Knocked down this decent 10 point with my bow on attakapas WMA yesterday morning. Bleated and grunted him in to 15 yards then put the smack on him with a muzzy trocar. He ran about 30 yards and watched him go down. 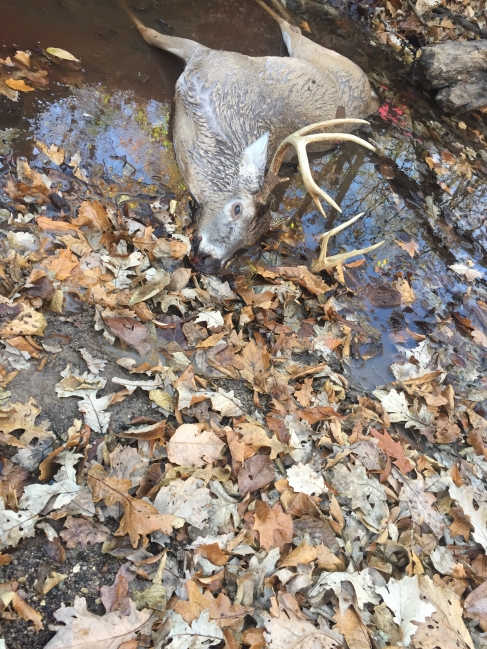 Killed this 10 point with my bow in Missouri in the middle of November. Came up right on the side of my tree,drilled him at 5 yards. 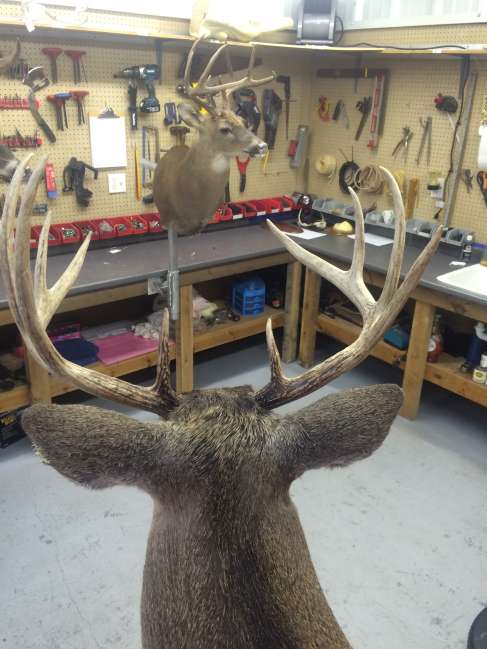 Thanks huntnut. Yea I donÃ¢â¬â ¢t think I will be able to get him to come give me a hand dragging one out after the job it was to drag that one out but it was all worth it for me.

We go the second week in November. I love it up there. WeÃ¢â¬â ¢ve been going for 7 years and I donÃ¢â¬â ¢t ever plan on stopping, some years are a little slow but some are great. The lodging isnÃ¢â¬â ¢t anything fancy but itÃ¢â¬â ¢s comfortable. Tim and Paul are some really good people, Tim will do his best to put you on a buck but nothings guaranteed. DonÃ¢â¬â ¢t go expecting to kill just go hoping you will kill ya know. You will definitely see deer, almost guarantee you will see a shooter buck but may not get a shot thatÃ¢â¬â ¢s bow hunting. You will almost definitely get a shot at a doe up to you if thatÃ¢â¬â ¢s what you want to kill. I have a few videos of some bucks I passed on up there the past few years. Send me your email and IÃ¢â¬â ¢ll send them to you.

Dude just let it go, if you donÃ¢â¬â ¢t want to read his ads donÃ¢â¬â ¢t read them. Has he ever messed up any of your hunts by covering all kind of area? IÃ¢â¬â ¢m assuming not, so until then why let it bother you.

Awesome. Happy for you man, I wouldnÃ¢â¬â ¢t have been able to sleep.

there's a place called hunters bend campground. They have one of those facebooks, just google it and it has the phone number on the Facebook page.

Aww man you set it off with the new Iberia haircut, that is hilarious.

Man all the places I know u need a boat. Only thing I could recommend is driving up to sherburne or thistlewaite to access by vehicle. Hour drive to both from new Iberia.

Awesome public land bow kill man. Doesn't get better than that. He is a giant, congrats.

Got my mount back from the taxidermist recently and wanted to share with you guys. Aged at 4 1/2 years old and scored 129'. Thanks to Mr. Wade Mestayer of New Iberia for doing an outstanding job on my mount.

Awesome buck man! Congrats. That's a buck of a lifetime.

Thanks, was a lifetime achievement for me to take a trophy buck in the basin with my bow.

Yea I new that was you. I switched to that truglo Range Rover last year and can focus a lot better on that single pin.

Thanks, I've put in a lot of time this year and it paid off.

Live to bow hunt whitetail. Hunt from October 1st to February 15th every year. Have a lawn service so I can have off most of hunting season.