blazer bay in response to a report titled:  Boat Shopping

Anyone know of a good fiberglass shop in or around Lafayette area?

I'd like to get some input on bayboats. I had a 21' champion loved the ride and was very dry. Boat was totaled and looking for another. Friend wants me to get a 22 Kenner vision 2007 with opti 200. How does a triton or ranger compare? 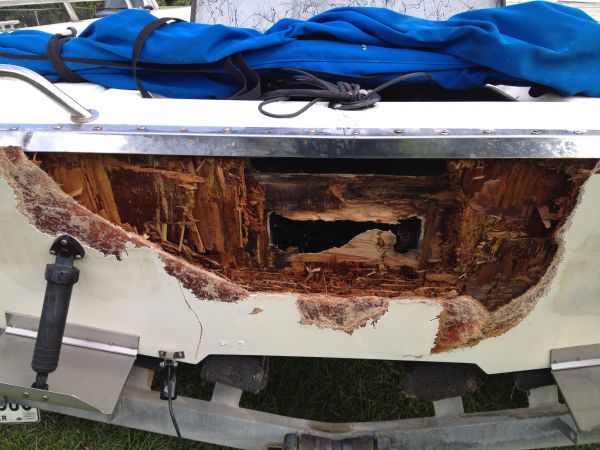 You might want to check your transome. Got a chance to make a run to marsh island saturday. Launched headed out half way across the bay heard something from the motor area looked back and the motor looked loose pulled the throttlein nuetral looked back and the motor was gone that fast. What a day. waiting to see what the insurance people have to say. Anyone know where I can get a good deal on a new 225 or 250 yamaha let me know.

Looking for a little direction not gps locations but general areas. Went out Saturday left with the guide boats in dark. Headed north Mechant caught few under size trout. Moved to drift a few reafs nothing. Tried a few to a few to a few areas where the water seamed to be comming out the marsh nothing. Headed south along north Sister Lake nothing. Used High life blue, coco gleaux, and cajun pepper under cork and on bottom. Gess this is called putting your time in as a beginner.

Finaly fot a chance to get back out to the DU. My boys were out of school for the day so I took off work gone fishing. Got to first spot lower Lake Mechant birds diving every where first cast it was on. Everyone was catching. Fish were mixed between 11' and 16' little more than half were keepers. Then the tide peaked and everything shut down. Tried a few cuts with moving water but couldn't find them. Bait colors were cajun pepper and coco gleaux.

Me and my boys have just started salt water fishingin a 21' bay boat. Tried vermillion bay, and the point. Not much luck there. Tried rollover,and joph's harbor found shrimp ,crabs and a few trout one trip. Thinking of going to golden meadow this weekend any help would be greatly appreciated.

Me and my 3 boys decided to try the reserve Sunday. Left early morning stopped at Sporting store out of Kaplin picked up crabbing bate and extra net. Didn't pack the boat like I normally would had an extra ice chest and left the poles on the floor of boat. Well got to Joph harbor landing found that i lost the extra net, ice chest, and 2 poles along the way. Long story short found where the shrimp were running 4 cast and we were dun. Caught a few crabs and no fish. headed back and the wardens were out. Measured the shrimp by the marks on the 5 gallon bucket. I was 3 pounds over acording to the warden. Lost the shrimp and got a ticket. Moral to this tie down your gear and watch your limits very close.

October 24, 2013 at 9:53am
A comment titled: year in response to a report titled: Champion Owners just a reminder

July 02, 2012 at 7:16am
A comment titled: pro mechanic in response to a report titled: Mercury Mechanic

April 02, 2012 at 1:20pm
A comment titled: thanks for all the comments in response to a report titled: Strugling in DU

I'm from Lafayette it was a very quiet ride home saturday lol boys didn't have much to say. But I have to say it really was great to be out on the water. Thanks agian for all the comments.

We had a tough day Saturday. Just couldn't find trout any where.

What areas are producing the best? Trying to go back out tomorrow.

What areas are you in.

Are you in deep are shallow marsh cannals? What should you be looking for this time of year out in Dularge.

February 09, 2012 at 8:23am
A comment titled: trout hunting in response to a report titled: Cypremort Point Trout

How far out did you have to go to find trout? I have been going to dularge. The point would be a lot closer drive.

What types of lures have been working best? Has the bite been better morning or afternoon?

August 16, 2011 at 1:08pm
A comment titled: apreaciate the reports guides in response to a report titled: Captains, What happen to the trout

I also went out Saturday and thought all the trout packed up and left. We tried coon point, and headed west to the rigs with no luck. Ran across some bulls feeding. That was the only action we had. Even tried for red on the way in with no luck.

I'm also new to fishing in vermillion. Save your self a lot of time make the 2.5 hour trip east to jug's landing in bayou dularge or west to big lake for specks and reds. Jophes harbor, and Rollover great for shrimp and crabs. The point should get better once the water gets right. Vermillion Bay salinity levels change so much makes for tough fishing. Hope this helps.

I was out there Friday. I go out of Jug's. There is a floating bait boat down the bayou they have croakers and shrimp.

July 20, 2011 at 2:32pm
A comment titled: hunting trout in response to a report titled: trout hunting

We were out there Friday morning. Is the bite better early in the morning? We end up getting out to the first stop about 8:00am. Maybe we are getting in on the end of the bite. Thats leaving Lafayette at 4:00.

spec_snow_hunter has not filled this section yet.