Capt. Paul, I previously had a Garmin 178C and I purchased your waypoint card some years ago. Not sure which package I have, but the writing on the plug-in is 'MUS 013R'. Well, my Garmin gave up the ghost recently so I purchased a Lowrance Elit 7 HDI and was wondering how I could import this info into my new unit. I don't thing I can just 'plug and play' since it appears the HDI only accepts micro SD cards. Any help would be appreciated. 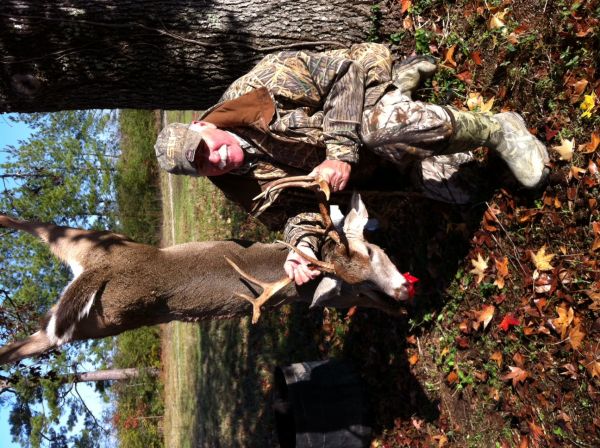 Marty, I see an Avenger in the background. Did you switch from your Blue Wave?

November 11, 2017 at 9:37am
A comment titled: oil company mandated in response to a report titled: Farewell Picketts

From what I've read, this is caused by the oil companies trying to protect themselves from litigation and the upkeep necessary to provide lighting and navigational markers. Maritime lawsuits are plenty $$ to lawyers.

For sale: 2013 21 ft. Frontier 2104 with 2013 4 Cycle Suzuki 175 with 171 hours. I?ve decided to downsize due to my ?advanced? age of 73 and the fact that my offshore days are over with. Many extras, the best being a 24V Gen 2 Minn Kota Ulterra I-pilot with auto deploy and stow, trim and anchor lock and AGM batteries. Many other extras such as Lenco trim tabs, swim platform with ladder, Gen 2 Lowrance HDS gps with down scan and side scan with Standard Mapping map program, compass, folding T-top, front and rear baitwells, VHF radio, leaning post, stainless prop, Bob?s hydraulic jackplate, AM/FM radio, raw water washdown system, three bank Guess onboard charger, all aluminum trailer and Carver boat cover (paid $800 new a year ago). Boat has been kept under cover and covered since it was purchased. Blue Book lists a price of $31,500 for ?low retail?. Asking $29,500 call Bill at 337-257-2000

cajun bill has not filled this section yet.