by phone in response to a report titled:  Fishing license 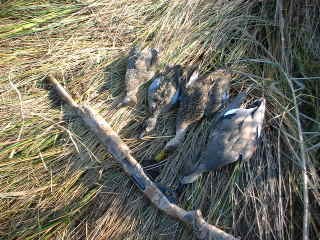 Here is a pic of my 870 with second skin camo. I will post a better pic when I get home. I had to pull this one out of my photobucket file. The barrel I under the grass a little. I wish I would have seen that before I took the pic.

Have any of you guys ever heard of flounder being in the river as high as LaPlace? In the last month we have found 4 flounder in our cooling water strainers at the chemical plant I work at. They are about 4 inches long and look like the small flounder you catch in the trawls. Is this maybe some kind of sub-species of flounder? I will try to get a picture of the next oneâ¦

Anyone ever use pumpkins in there food plots as an attractant? A guy at work to me he uses old Halloween pumpkins and deer love them... I may give it a shot. 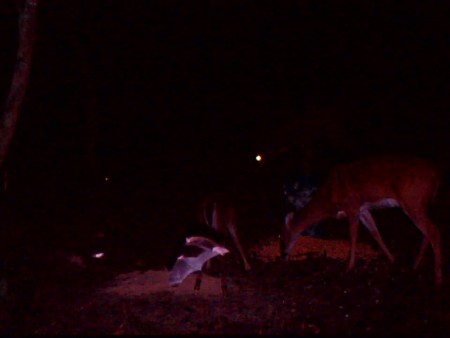 This pic was taken near Maurpas WMA. I didn't think there were bats on this side of the lake. There is definitely enough mosquitoes to keep them fed. 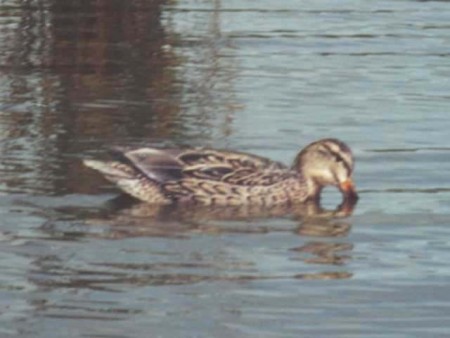 Anyone here has any experience with Fold Up Decoys (FUDs)? A few holeâs I hunt take a good bit of walking and carrying a big bag gets old fast. I want to buy about a dozen or so but Iâve never seen them first hand. Only in pictures. I am interested in Mallards and Woodies mostly but would like a few Pintail, Greys, Widgeons. No Geese or Bluebills. Any help would be appreciated.

This is for all you guys about to put out your cameras or for the ones that already have them out.

Why am I telling you this? I just bought one 512MB SD card from Wally-World for $15. I wish I would have seen this before...

Here is a link to a good anti gun control story from abc. Pass it on.

Does anyone know the draft on pontoon boats? There are large and small diameter pontoons. I want to know if I could take one in the marsh. Thanks.

A while back I saw a post about someone looking for old batteries good or bad. I have about 6 of them if you want them. Does anyone know who will dispose of old batteries? I know autozone will does but can I just show up with 6 batteries or do I have to buy one from them? I live in LaPlace. 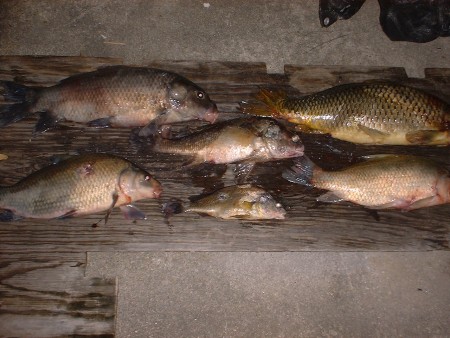 Is there anything people do with carp? I surely don't want to eat them, just figured anything would be better than wasting them. I know Im not the only one that shoots them just for fun. I shoot common and buffalo with a few gar here and there. Can anyone use them for bait? On a good day I could possibly shoot over 200lbs. 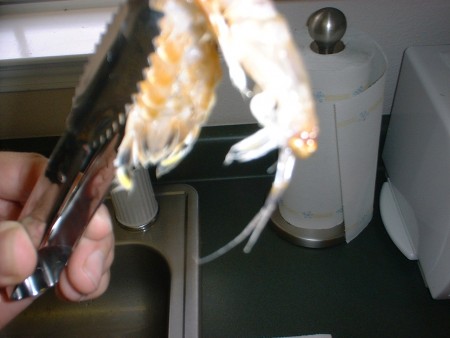 A guy I work with was cleaning shrimp and found this. Any ideas of what it is? I think its a malard-pintail mix. I don't know where the shrimp was from. 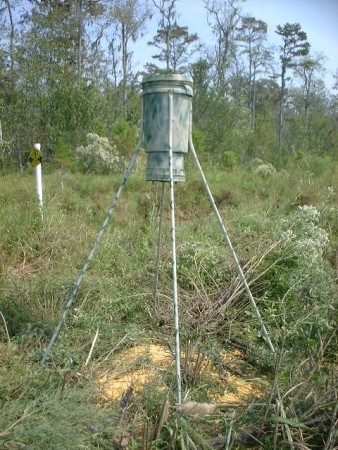 Here is my coonass creation. I know, its small and low to the ground. I needed something easy to refill. The super high-tech gadget on the bottom is a cut down 5 gallon bucket. I needed the corn to fall straight down. My feed area needed to fall with in an area between 3-8 feet depending on the water. It also works as a critter guard. I just hope the deer dont beat it up to much.

I just bought a use PSE solocam from someone I work with. I found the draw weight to be a little light so I made about 2 1/2 turns on the allen screws. Was this a bad idea or a normal adjustment? Ive gotten mixed answers so far but mostly said it was alright. Thanks in advance.

Is the Grand Isle bridge safe to fish on? A guy at work was asking and I didnât remember hearing about any damage from Katrina. Thanks.

Looking for some help!

Do any of you guy's know of any real work from home jobs? We are expecting our third child and are looking at a possible $500-$600 a month in child care. All my wife is looking for is around $1200 a month take home. I am willing to find work extra to make up the difference. Thanks. 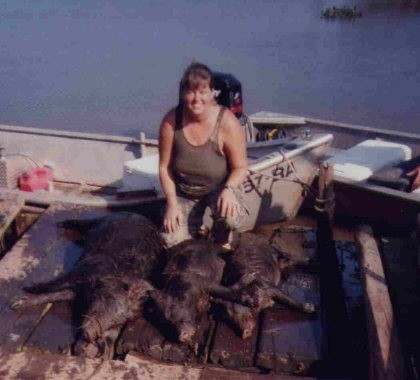 This is a picture of my auntee'. She killed these hogs with a sling shot while skining rabbits and rolling homegrown cigars. Then she skinned the hogs with a sharp rock!

A while back I saw a report with some catfish caught on trot-lines at Toledo Bend. Im going at the end of march and was interested it maybe putting out some lines while I fish. Anyone ever done this or have any tips for me?

Im gonna try my hand in running trot lines for the first time. I live in LaPlace so I have access to both Maurpas and Pont. Does anyone have any pointers that may help me out? Thanks in advance. 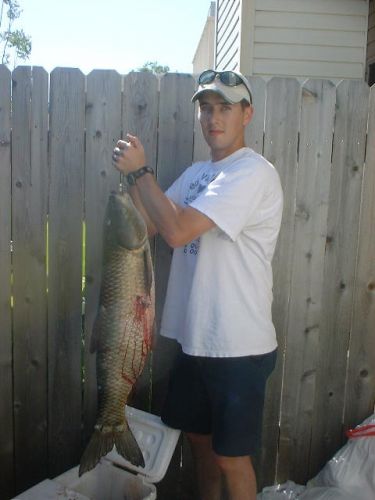 I arrowed this fine creature today. It took me about 10 min. to get it in. Shot another around this size but it got away after wrapping my line around a tree. It was 24 lbs. This has been my biggest so far. Ive shot one bigger but it got off. Does anyone know where I can find the state records for carp taken with a bow? I know this one isn't a record but just for future reference. 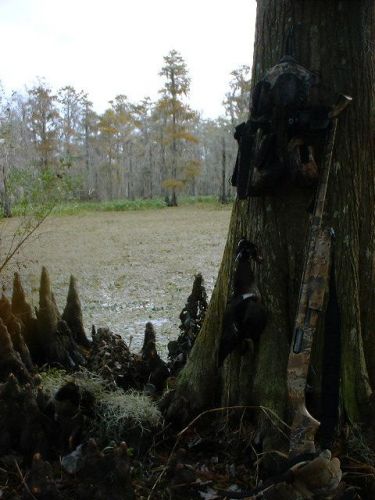 This pic is from the same hunt as below. Not much of a kill but it was fun!

January 30, 2005 at 1:12pm
A comment titled: by phone in response to a report titled: Fishing license

You can do it over the phone. Its instant. You call and talk to an operator, exchange credit card numbers, they run it and give you an ID number. Just keep that number with you. If stopped by a warden he will call in your ID number and check it against your photo ID. You can find the # on the LDWF website.

Check your email, I sent you one...

November 29, 2007 at 8:16pm
A comment titled: Federal Premium in response to a report titled: Effective Range . Debate or Facts

You can compare all of them here.

November 26, 2007 at 8:04am
A comment titled: Picture in response to a report titled: gun rust/dipped

I will email you a picture of how my gun turned out when I get home this evening. Its the same picture I posted but bigger and better quality.

You are only limited by the amount of rounds that can be stored in the magazine. Im not certain but I think in Louisiana the maximum magazine capacity for a rifle is 10. This means you need a magazine that can not hold any more than 10 rounds. NOT a 30 round mag with only 10 rounds in it. Some reports claim that the 7.62x39 has close to the same performance as the 30-30 with the right bullet. You need to check the LDWF website about the bullet capacity.

I had the same problem with my 870. I would oil it and on the next trip out the barrel would be covered with a thin layer of rust. I found a company in Roanoke, Va. They call it second skin camo. I love my 870 even more now. All I do after a hunt is wipe it down with a wet rag. The finish looks like it was always on the gun. You will not have any problems with shipping. Here is a link... http://www.camoent.com/ I will post a pic of my gun for you to check out. The prices have gone up since I got mine done.

Maybe you could tie a bunch of rope(100ft?) to the trap. If you catch him you could drag the trap behind you and pull it straight into a pond... You can figure out the rest for your self.

If you hunt out of a box stand you could use them there. I once hunted in one with two old car mirrors mounted in it. I was able to watch the roads behind me and to the left without having to turn around. But the ebay deal does sound better.

Do you live in a neighborhood with restrictions? I've never had a problem in LaPlace with my flat boat. It sits at the back end of the drive way in plain view. Im willing to bet someone called you in.

The plant I work for just got there river pump suctions cleaned. I talked to the divers and this subject was brought up. One of them told me that their company had been pulling boats from all over the place. They stated that the company that has the contract to remove the boat has the rights to it. The guy I talked to just got a boat as a bonus from his boss. I think the company name was Merrick out of St. Rose. We never talked about regestration issues but they did say they had the right to the boats. Try to find a salvage company and give them a call.

People get thrown through car windshields all the time doing 50mph and less. We all know that windshields are made stronger than the caps on some of those light go-fast boats. Most of them flex and bend with just a little weight.

Sounds good to me!!!

April 14, 2007 at 9:42pm
A comment titled: Bank bowfishing in response to a report titled: Bow-fishing laws?

If you are familiar with the Bonnet Carre Spillway and can get to them, try walking the goat road canal and the barbus canal.

They are out there but I don't know about large numbers of them. Probably a few around 51 and along the interstate but not too many around Reserve Canal and Blind River. My buddy has a trail cam pic of one on the ridge. My guess is they patrol the ridges along the bank and never venture into the swamp. Im sure they may chase a fawn into the swamp but probably never go snooping around in the water.

Most people use bait to draw in the doe's in hopes that a buck will follow her.

February 19, 2007 at 8:27am
A comment titled: Shore bird in response to a report titled: Snipe hunt in sherburne

Im 99% sure that the odd one is a shore bird. No hybrid, young snipe or snipe in molt. Check out the link and look at picture 47. Many shore birds look just like snipe. Ive had to double take a few times with these birds. If it would have been a single bird I might have shot. The ones I see fly in tight patterns that gives their identity away.

February 17, 2007 at 2:56pm
A comment titled: shore bird in response to a report titled: Snipe hunt in sherburne

February 16, 2007 at 4:27pm
A comment titled: Mercury in response to a report titled: Forgot the other pic's

I doubt this will stop anyone from eating them around here but it as been proven that garfish has some of the highest levels of mercury. Of course because itâs a predator fish and the big ones are so old. I canât name the source because I donât remember the book it was in. It also said that chou-pic had high levels of mercury. Im not trying to stop anyone, just relaying info. I know how some people on here get.

If you know any roofers get with them. Most of the vents you see on rooves are lead.

Any scrap yard? Do you know of any around LaPlace that will?

pecka has not filled this section yet.