Garfish in response to a report titled:  Petition for LASM cover shot

Me and a buddy looking for a good guide in big lake to take our dads on. Can anyone suggest a good guide? Want to catch some nice trout.

Hi capt paul. I am new to the gps world and i got a garmin oregon 450 for xmas. I mainly hunt and fish in and around the atchafalaya basin. I am looking for a map that looks like google earth for my gps for the area i mentioned above, where it shows canals, sloughs etc. Like i said i am new to gps and looking for easy. Thank you in advance.

I am looking to get a new reel a rod for jigging up some tuna in venice. Can anyone help me on finding a moderatly priced reel and a rod? Not looking to break the bank as i fish offshore 6-10 times a year. Thanks in advance. 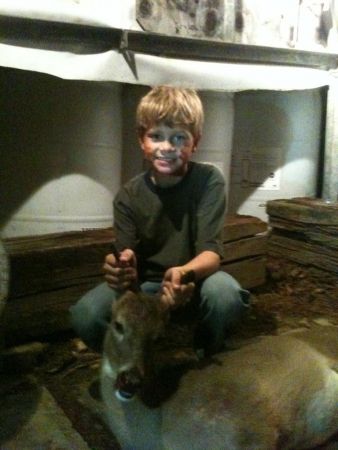 Son shot his first deer. Dont know who was more excited. Missed the big doe and 10 min later this knot head came out and i gave him the go ahead. Right after he shot he said daddy it dropped and I did not close my eyes this time. I almost fell out laughing. Best thing is we got it on video. 75pd knot head. Life cant get any better.

Son shot his first deer. Dont know who was more excited him or me. Missed the big doe and ten min later her knot head came out And i gave him the go ahead. Dropped it in the tracks. 75 pd knot head. My huntin is over now. He loves it.

Just FYI for anyone trapping hogs in Mississippi, make sure your trap has top cut out bc guy at podnuhs camp just got a ticket for having a trap with a closed top. Looked up regs and its in there. Just wanted to let anyone know that didnt know this like us. 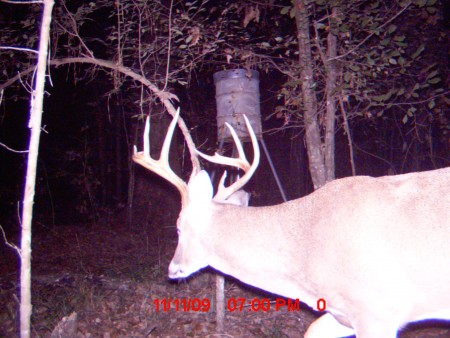 Does anyone know where is a good place to get bulk corn or soybean right now? any help woud be appreciated.

Looking for a camp on Grand River east or west side of the levee, Lake Chicot channel, Atchafalaya river aroud sorrell or grand river, indigo bayou, Bloody bayou, flat lake pass, hog island or bayou sorrell. If you or anyone you know has a camp around there and know someone that might be talking about selling or see one in one of these areas that is in bad shape please e-mail me. Also camp can be in any condition(long as it is priced right for the condition) on state land or leased lot. Any help would be thankful.

Anyone deer hunt in bayou black marsh? I usually make a few hunts a year with someone but havent made it yet and was plan on going next weekend. He has not had good luck this year because the marsh is tore up and alot of our ditches closed up from the hurricane and the coyotes are extremely bad. Has anyone else had this problem? Still going to make a hunt but just curious how others are doing with the deer.

Did Pointe Cocodrie Inn make it through the storm. Planned on going fishing on Oct. 4th.

Does anyone know how to go about getting a trapping lease around bayou black/gibson area or if its even possible. not looking for a duck lease just trapping. I tried finding a # for continental land and fur but couldnt. I know they own alot of the land around there. are there any other land owners in that area? all help would be appreciated. Thanks 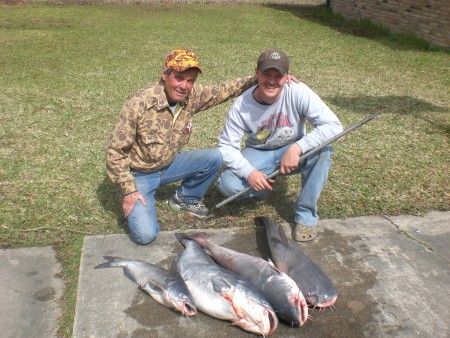 A few cats from Gibson, LA. 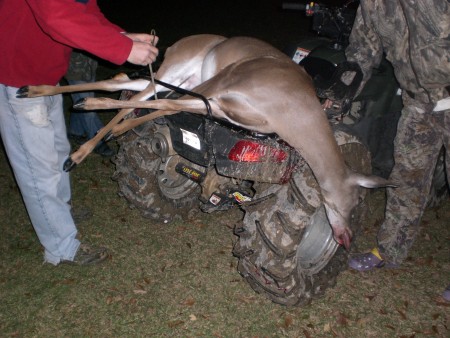 After a good Thanksgiving day dinner we decided to make a late hunt. She has been deer hunting with me for a few years now and has yet to connect with on until now. She shot this deer at 125 yards in the neck (right were she was told to shoot) at 5:15pm with a H&R 243,. When she shot the deer dropped with her nose in the rice bran. This deer made her and my season, but the only problem is she wants to go hunting everyday now. I suppose that is a good problem though for a 12 year old. Doe went 142 pounds.

What are the rules about house boats moored on state lands. I always see them during hunting season. I asked one of the guys that had one and he said you can keep it on state land as long as you move it every month. Is this true?

ATT TUNA FISHERMAN: need help with hooks for live bait. been using 5/0 demon hooks but haven't had to much luck, charter captains have told us to use smaller hooks. i can't find any smaller hooks that have the diameter of the 5/0. any help would be appreciated, trying to get ready for the faux pas tournement.

Wife is getting me a inshore trip for fathers day. can anyone give me some advice on good guide in venice? any help appreciated. 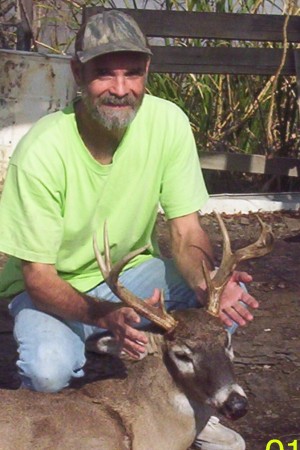 I was thing of getting a chum churn to use at the lump this year and was wondering if anyone has tried this for tuna? I have seen one used for mangrove but thats about it. would it bring the tuna up or would it just bring the kings and sharks?

What is a good reel for bottom/rig fishing, I am not looking to spend a ton of money as I will only use it 7-8x a year. I will be fishing the lump with a friend this year and I like to have a bait on the bottom. I would like to hear from some of the charter captains on what they use, any help is appreciated.

December 19, 2005 at 9:02am
A comment titled: Garfish in response to a report titled: Petition for LASM cover shot

White boots, i think were in the same deer lease. HWHC?

Capt josh, yes im still looking. I already have a penn 7000 spinning rig with a popper on it at all times. Really looking at open face avets or something similar

You hunt in highwater hunting club?

I saw on another site you can get a permit to hunt hogs at night.

The game warden did not say anything about height of sides which makes no sense. He went and paid the ticket yesterday and got a bunch of info from them, I will ask if they told him anything about it. I know he told me you cant trap them during hunting season without a permit.

February 07, 2010 at 9:24pm
A comment titled: cajunhopper in response to a report titled: Nutria Hunting

Thats only if you want the $5 a tail bounty that LDWF gives, if not you can shoot them all day long.

You would be suprised how much corn and other bait is in sherburne.

4rivers you in a lease or private, i used to hunt in the area you are, i can give you some tips if its the same club or on state?

My grandmother taught me how a long time ago, make a fire outside make it big and get it real hot, thin layer of grease and put it in the fire and leave it till fire goes out. let it cool for a day then clean it with water. then cook alot with it, cooking is the only way to season a pot good.

You won't get in there unless you have a bad mud boat. I passed by the launch on 74 and the canal is only about 5 foot wide, prob 4-6" deep due to the locks bieng open. the lake is completely dry.

We hunted there in 85 and used to kill ducks in the morning catch sacalait mid day and deer in the evening, that was the good ole days. The place has gone down hill, its such a waste of great swamp, just riding use to be fun but not any more. can't get too many places b/c of the grass and low water, if you have a mud motor i could take you to some places that still hold fish, no doubt they are still there.

it may have been youre oil alarm if you have oil injection. if so i would have youre oil pump checked out.

Pirogue D. has not filled this section yet.