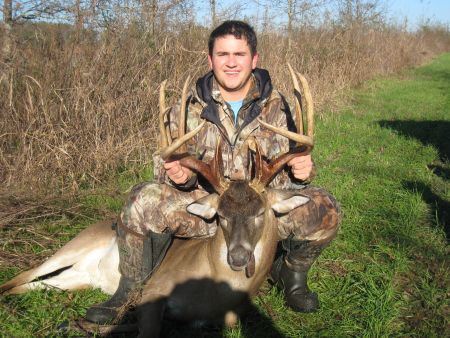 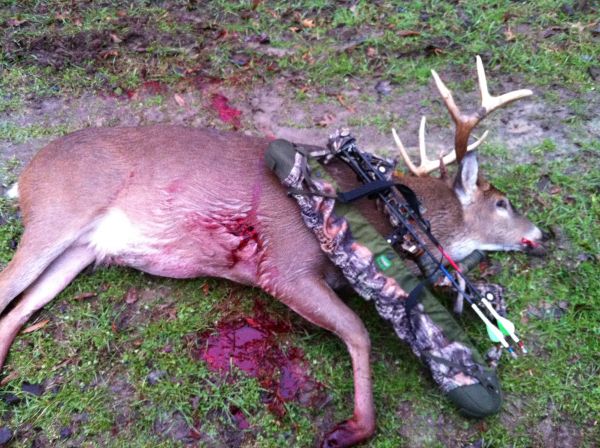 Arrowed this buck 12/28/12 in Tensas Parish. When the weather turned windy with a light rain I wasn't too optimistic about my chances of bagging a buck, but around 5 pm I spotted this guy walking through the WRP at about 100 yards. I hit the grunt call a few times and before I knew it he was in my hip pocket. He came running in to 20 yards and that was all she wrote. With a well placed arrow, he only made it about 60 yards before expiring on the road I walked in on. He tipped the scales at 285 lbs. 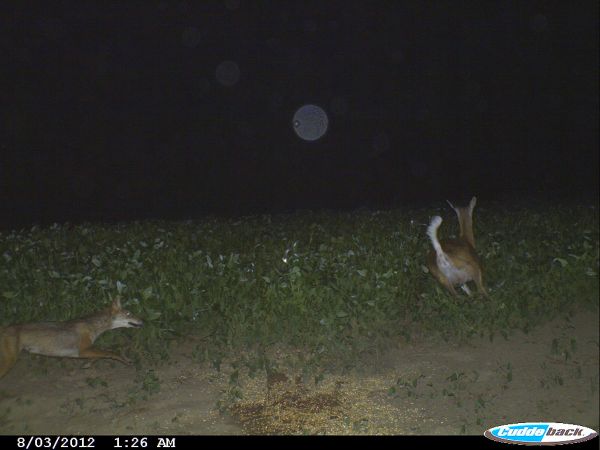 I wonder who won the race? 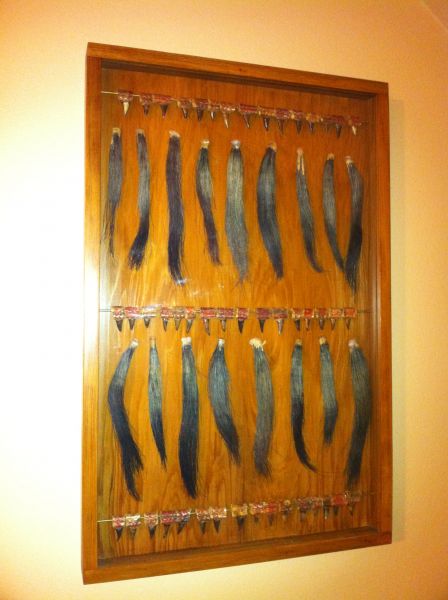 I finally decided to do something with the beards and spurs i've been saving. My buddy and I built this neat little display case. Out of all my mounts, this half strut gobbler is definitely my favorite. 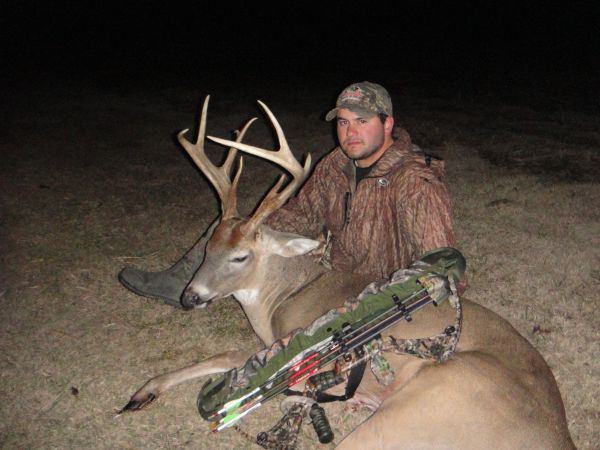 After watching this brute chase does all evening long, he made the mistake of standing broadside 25 yards from my ladder stand. The old Mathews got the job done. He only made it about 70 yards before he expired. 141' - 250# 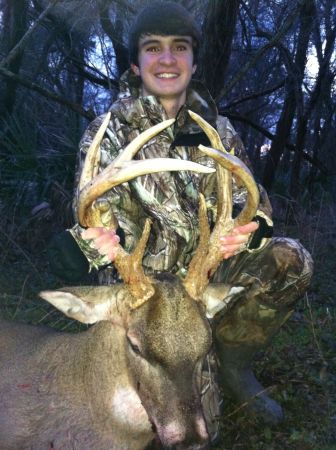 All were killed around the first of the year. My little cousin killed this unique 9 point. My uncle killed a perfect 10 point. And my sister killed this big 9 point. It was my sister's and cousin's first bucks. Dixie Plantation Tensas 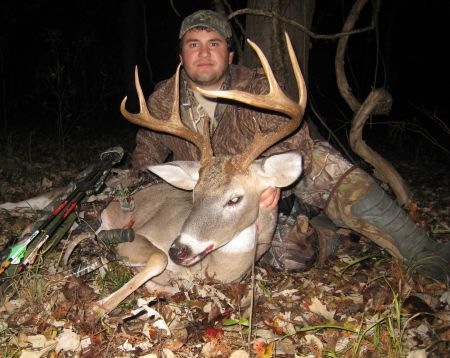 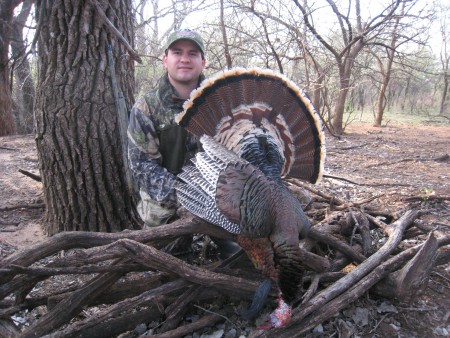 A successful opening week in
Oklahoma. 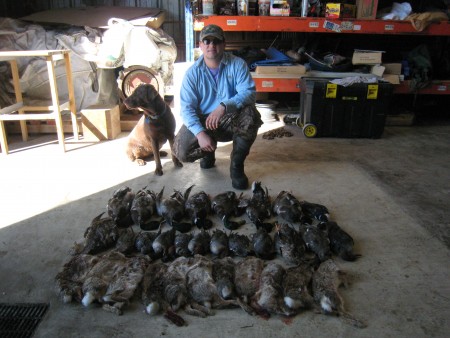 Dixie Plantation- Tensas Parish
Despite one of the slowest years we've ever had, we still managed a couple good hunts. 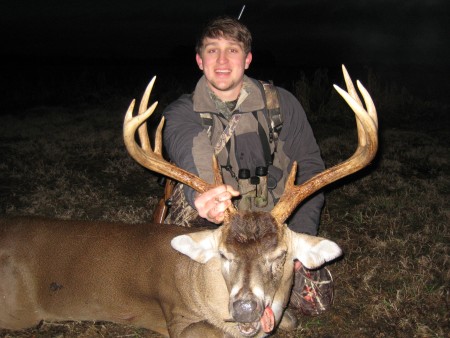 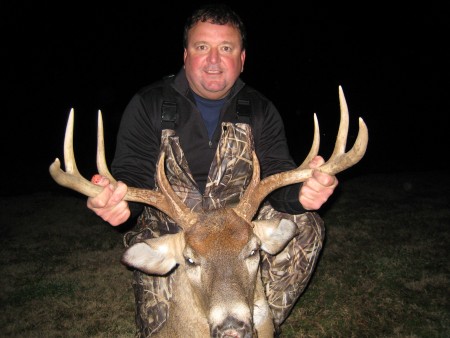 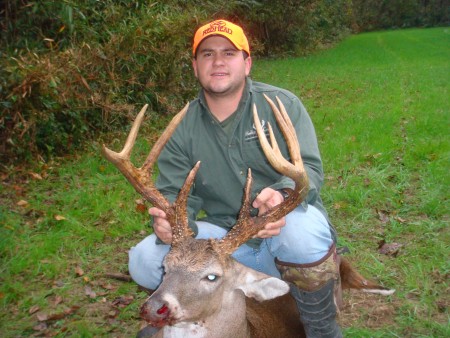 Dixie Plantation- Tensas Parish 11-21-09
This big 4 1/2 year old, 235# nine point made the surprising mistake of stepping out into the greenfield at 3:30 on opening day of rifle season. The old browning 243 did the trick. He ran 40 yards into the thicket and expired. I guess it's time to put the gun down and pull out the matthews. Great way to start off the season!

Marinating in diesel for 2-3 days usually helps with the gamey taste... I'm no Emeril Lagasse, but the last time I cooked coot at the camp it smelled like someone sauteed a dirty diaper. Never again.

January 20, 2015 at 7:24am
A comment titled: Pile Driver in response to a report titled: Has anyone tried the Pile Driver feeder?

I would not recommend buying one. Mine broke within the first week.

We hunt in between Waterproof and St. Joe. We are starting to see a few bucks chasing, but not quite full-out yet.

I've been using 95 gr Winchester ballistic silvertip for years and it has never done me wrong.