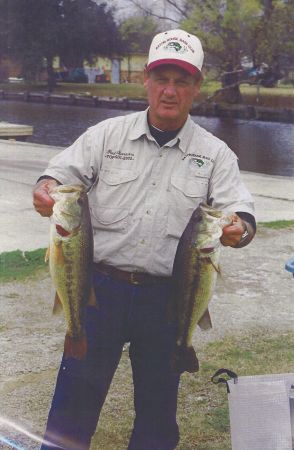 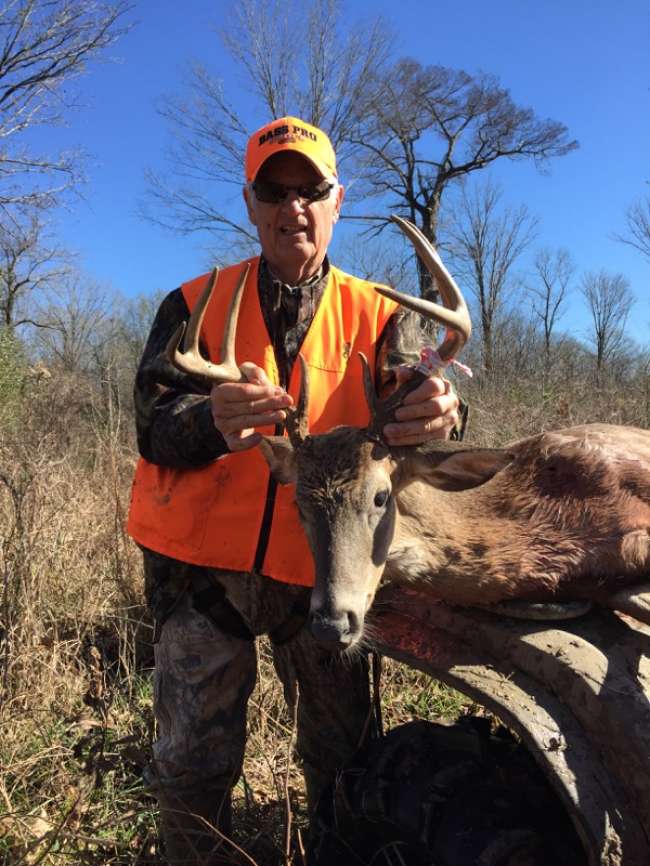 With all the high water I was finally able to hunt my stand on Monday, 1st day of primitive weapons. Saw 5 small bucks and few young does & let them walk. About 9:00 a mature doe stepped out & I took her down. Her boyfriend showed up 15 minutes later & my .444 did a number on him. The rut is on big time. 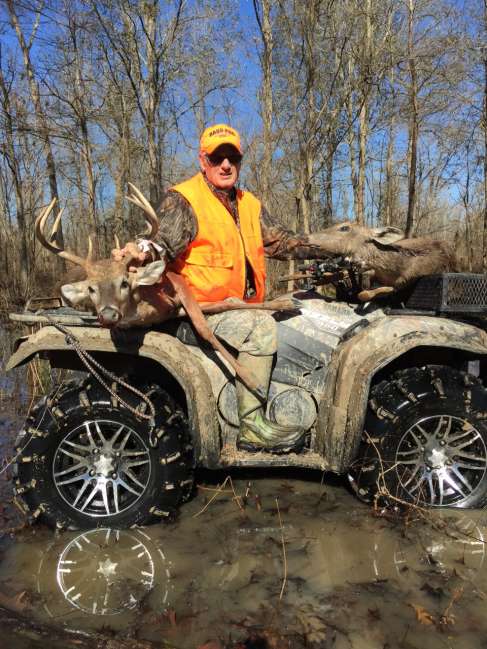 After seeing only hogs & killing 7 of them thanksgiving weekend I was finally able to get to my stand opening day of primitive firearms, this past Monday. Been hunting from the ground with all the high water in the area & more rain on the way. Saw 4 small bucks & couple small does early but let them walk & about 9:00 a mature doe appeared & I took her down. About 15 minutes later her boyfriend showed up & my .444 did a number on him. The rut is on big time. 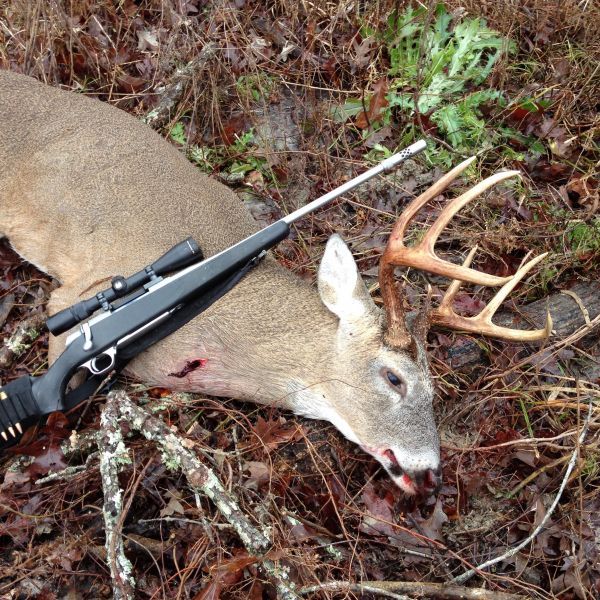 Pretty good deer for public land hunting said Paul Sparacino about the buck he killed week of Bucks only on Richard K Yancey WMA in Concordia Parish. There's a lot of acreage but a lot of pressure also it's my best buck on the WMA.
I couldn't hunt my stand location opening day because another hunter had set-up 20 yds away so I had to hunt on the ground further away from that area. I had found good signs in that area & I guess he had also. That's one problem of hunting public land but I never heard a shot in the area that day. I returned there early a couple days later & the buck responded to grunt calls about 10:00 & came out of thicket looking for a fight. After I put him down two does ran out of same thicket. My best buck to date hunting public land

I left the area last Tuesday & water was coming up some & after the rain wed/thurs I don't think I can get back to my stand again on north end of the reserve. Don't know if u staying in campgrounds but Catfish Bayou Rd is flooded in parking area & atv trails are terrible if u can get to them. Your best bet is to get a map of Yancey & look for Chaney Lakes, Elbo Trail north/west side or Yakey Rd & Zeek Trail off Hwy 15 north/east part of reserve. I have a camp on Hwy 910 & don't think u can get to Hog Pen/Bee Bayou area with Red River coming up also. U can see map of area online @ wlf.louisiana.gov - Good luck
PS: Read the hunting regulations also - there's a check in/out station just off Hwy 15 on Hwy 910 on left.

Thanks Tony, not to bad for public land. Bunch of hogs & 4 deer in 2 yrs out of same tree.