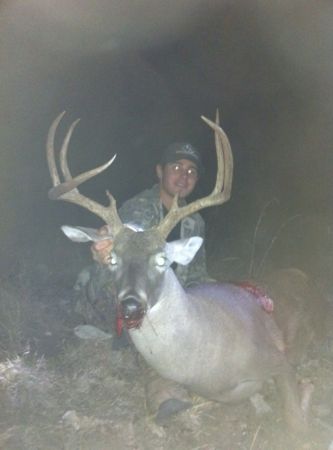 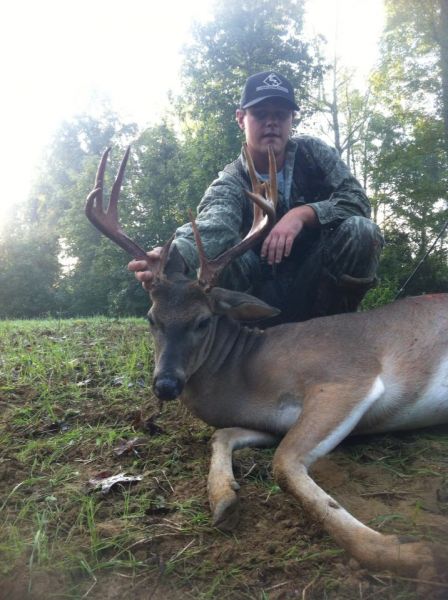 The story of Flyer begins in october of 2011 in Wakefield, LA when he was a three year old. I had my first encounter with him, I got about 15 min of video of him eating in the same plot I killed him. In 2012 I saw him almost every time i hunted that stand but i had another 5y/o that i wanted to kill. On November 3rd 2012 I killed the big 9pt I was after so I left the area alone. Lucky for Flyer and I, he broke off his right side just above the brow tine in late Nov 2012 so when he was seen by another member of the club he was passed on. Throughout the summer of 2013 flyer was a regular on the trail camera morning and evening. I had to work October 1st, So when the morning of the second rolled around I got in the stand well before daylight and sat ready. Flyer read the script and came right in about ten minutes after daylight. I shot him quartering away at 30 yards and the Matthew's hit its mark and the rage extreme ate him up he didn't make it out the plot before he went down. He ended up being a 6y/o 11pt that weighed 185lbs scoring in the mid 130's. So after three years and about 3000 trail cameras pics of him the story of the Flyer 10 ends with him a spot on my wall. 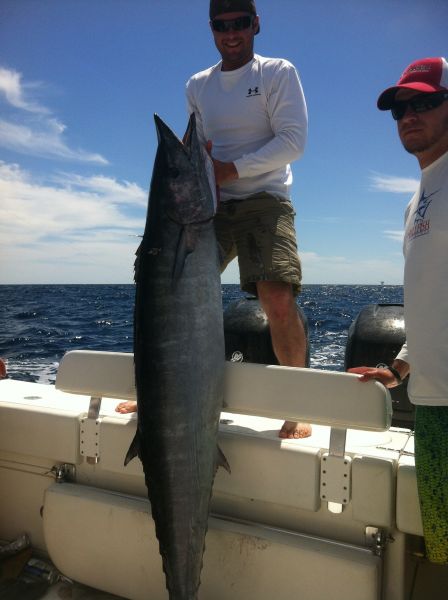 Went out of cocodrie last saturday morning when we got to our numbers we troll they had two other boats trolling the area. Our first hit was a huge yelowfin that we got to right under the boat and we had forgot to loosen the drag when he got close and he made a hard run straight down and snapped a tuna stick right above the first roller. So after we got all the lines back out we caught a 100lb wahoo and and a 40lb wahoo. All in all it was a good trip. 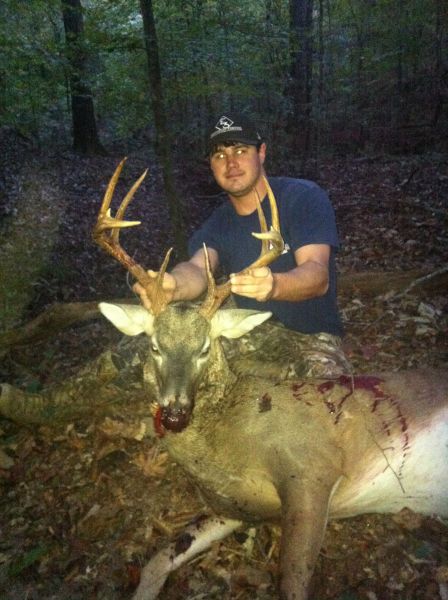 lol yea his was bigger. I had one trail cam pic of him last year he was def a good deer.

October 04, 2013 at 12:17pm
A comment titled: congratulations in response to a report titled: First Buck

I hunt the land that borders cajun creek on yalls south property line. i am just curious if you killed it near the south line.
congrats!!

February 09, 2013 at 7:47am
A comment titled: pretty lights in response to a report titled: Population Control

The song is finally moving by pretty lights

October 23, 2011 at 2:18pm
A comment titled: Thanks in response to a report titled: Population Control

Thank you .. And yes it's pretty lights

No but we know buddy... Buddy didnt hunt with us that weekend but his son did and he killed a good deer too. We went the third weekend of october

i hunt deer and ducks