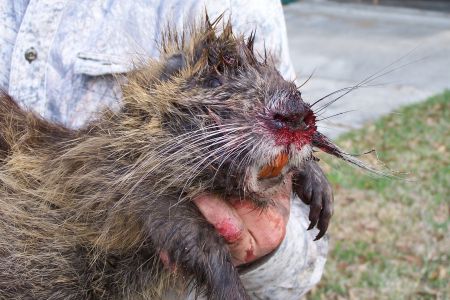 Mount in response to a report titled:  Bass Taxidermist

Is all of big branch in the east zone, or is a portion of the southeast corner in the new coastal zone? Thanks in advance.

Can anyone recommend a taxidermist to mount a largemouth? I live on the northshore, but all suggestions are appreciated.

http://www.youtube.com/watch?v=4B6B7mPZLMA
My buddy wrote this song a few years back, and I wanted to share it with yall. Sportsmen will enjoy it.

Can someone give me the link for the guy that posted the stuff on artificial fish habitats. He had the pvc trees and drums with the holes in them. Thanks in advance.

Do we have them in Louisiana? Where is the nearest place to catch them(I live on the northshore)This fish is on my bucket list.

Does any of yall use H&H baby bull minnows? Do they still catch decent fish?

Can yall help with a good place to get replacement fishing reel parts? Online or store doesn't matter.

I have been finding sac a lait with a beetle spin/road runner and catching 3-4 right off the bat, but then it shuts off. How do I stay on them? Should I switch to a slip cork when I find them? How do I determine depth,color, etc. Any help is appreciated. 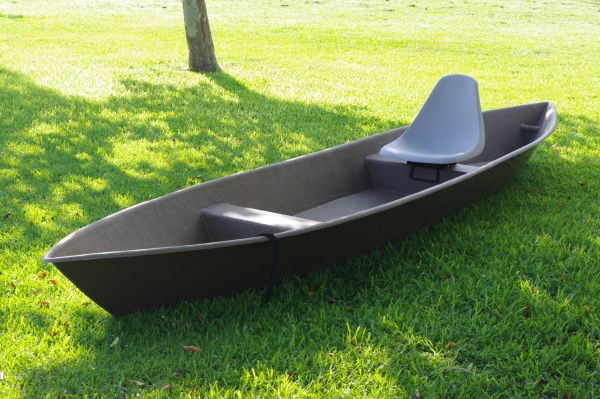 This is a picture from the classifieds, but I was wondering if any of yall has used a seat like this on a pirogue? It looks easy enough to make. Does it affect stability? I'm always thinking it would be nice to sit higher for fly fishing out of the pirogue.

Does anybody know where I can find pink popping bugs? I think it was Betts or Accardo that used to make a hot pink bug. It worked good, and if I can find some I will stock up.

Does anybody pour their own soft plastics? Can anybody suggest starter kits or suggestions? Thanks in advance.

I've always heard that you shouldn't eat rabbits in the summer because of worms,taste, ..... What are yalls thoughts? 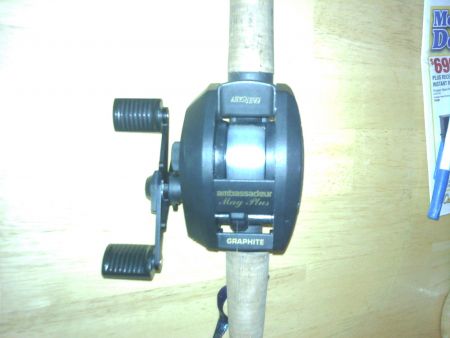 This is an Abu Garcia Ambassadeur Mag Plus 89. I recently cleaned it up and it still fishes well. It made me realize that I take for granted some of the new technology like instant anti-reverse, low profile, and large cranking handles, but it is still a decent reel. Anybody know some background on this reel like dates of manufacture or original selling price?
Thanks

Where is the closest place to get crickets around the LSU area?

Any bream to be caught in blind river?

Is the tournament this weekend, and are the people launching out of Attakapas? Planning on making a trip Saturday morning.

Anybody doing any good in Bayou Lacombe? Bass, sac a lait, bream, or reds closer to the lake?
Thanks

Hey fellas, I love fried squirrel and rabbit, but I want to try smothering some down. Anybody mind sharing recipes?
Thanks

Anybody know if it is legal to set a rabbit trap in your yard when they are not in season? I wouldn't normally be too worried about it, but I think I may tick off some neighbors.

Hey Guys I am moving to St. Gabriel soon and I have heard that the fishing in the area doesn't look to good with Spanish Lake, Alligator Bayou, and Bayou Sorrel etc. being dried up. I am wondering what my closest best bet might be. Thanks in advance.

March 03, 2013 at 8:20pm
A comment titled: Tires in response to a report titled: Fuel Mileage Decrease from Bumping Up One Tire Size

I went from 245/70/17 road tires to 265/70/17 goodyear wrangler silent armors and I didn't see much of a difference in gas mileage, but it does throw off the speedometer on mine about 3mph.

I cut the palms every year, and this is the majority of what I use for a duck blind. They do turn brown, but I would not say that it flares ducks. Maybe I am mistaken, but I think it is a lot better than not having a blind!

October 21, 2012 at 7:20pm
A comment titled: He Should in response to a report titled: I think you guys will appreciate this

No. He is real humble about his music. Does not like playing in front of lots of people etc.

September 25, 2012 at 3:56pm
A comment titled: Me Too in response to a report titled: Senkos - EWG vs Straight Shank Hooks (offset)

No more ewg hooks you convinced me. I have been hoping for a legit excuse for missing fish. I hope this is it.

I have been using the ewg and g lock worm hooks because they make the worm look good texas rigged, but I lose a lot of fish reeling them in. I was using a mh rod with mono, but recently switched to fluorocarbon thinking this may solve the problem bc of less stretch. Is a straight shank really a better hookset? Glad you posted this topic and hope we get some advice.

June 22, 2012 at 4:59pm
A comment titled: Aluminum Welding in response to a report titled: alluminum welding

That is neat. Put up some more pictures. How much did he give for the welding maching?

That sounds right. How do I find it?

I would just pull your pirogue up into the marsh and cover it. Use the roseau cane and other natural cover to build yourself a blind. This is more comfortable hunting, unless you are hunting open water.

February 14, 2012 at 6:22pm
A comment titled: Location in response to a report titled: Fishing Reel Parts

January 10, 2012 at 10:08am
A comment titled: Nutria in response to a report titled: Need someone to cook nutria/hog on TV

It is great fried, but some of the best we have cooked was marinated and smoked. Hope this helps.

Nice ducks man. What did you use/how did you paint your pirogue? It looks really nice from what I can see in the picture.

November 28, 2011 at 4:52pm
A comment titled: ice cubes in response to a report titled: when frying a turkey or chickens?

I hear ya on the pigs

Don't mean to get off topic here, but does anyone know if you can use these things in Big Branch? I thought I read a few years back that they were illegal, but I have seen people using them.(And would like to try them out myself if this is the case)

October 28, 2011 at 6:10am
A comment titled: Pirogue Fix in response to a report titled: pirogue reconditioning advice

I do mine just as Duck Enticer described. The only hints that I can give is work fast. It is hard to get the right amount of hardner sometimes even if you follow the recommedations on the can. If you get too much hardner it will clump up on you after a few minutes. If you don't get enough it will be sticky. The paint I use is a rustoleum 'camouflage' spray paint in 1919 deep forest green. The paint is cheap enough so that if it starts wearing you can just hit it with another coat. But that is for small areas that I patch, so I cannot recommend a paint for the entire pirogue if that is your plan. Hope it goes well for you.

September 26, 2011 at 4:48pm
A comment titled: Mr.Twister in response to a report titled: Electric Knife

Has anyone else had problems getting shocked with the electric knife? No water present.

September 19, 2011 at 9:47pm
A comment titled: Conditions in response to a report titled: Need Sac a lait help

I am fishing in a large pond. I usually catch them casting to the bank in fairly shallow water. The pond does get about 15 feet deep in places. When I catch those first couple on the reaction baits(spinners) should I hunker down and change techniques?