Captain Paul,im new to this whole gps stuff,i bought a garmin striker 5 and it has a chart plotter,but it don't show any land mass,just a white screen with my boat in the middle showing where I'm going
what would be the best gps fish finder to buy that shows land mass,i fish the grand isle area
thanks steve 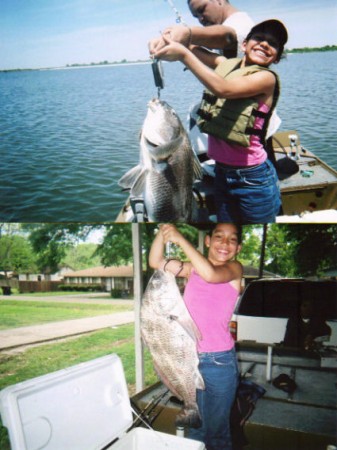 First time fishing and gets a 16 lb drum

Has anybody tried fishing the east side of the bridge around the powerlines.Can you even get there with all the work they are doing

Saturday morning about 10 specks then the rain came.
Called it a day.Still had fun.

Fished out of leeville Sat march 31.Wind blowing all day.
It has hard to cross lake jessie.Caught and release 2 15 inch reds by the power lines.Tryed inside redfish point hooked about a 3 foot jack crevelle,got to see it before it broke the line, what a fight.
Caught 2 reds 1 28 inches and 1 20 inches in hackberry bay.
Still had fun.A bad day fishing is better than a good day at work anytime.

can anybody tell me when is the best time to catch crabs
winter,spring,summer or fall.falling tide or rising tide
any help would be great.

Going to Leeville soon. All I have is a 15ft boat. Looking to catch a few trout. I hear that they have oyster beds on the southend of Little Lake. Where exactly are they? Any help on where I can catch some trout, would great. I'll even tell you where my killer spot on red fish on a fallen tide.

Hope to be going to Leeville soon,with the weather warming up,whats the best thing for gnats now days?? 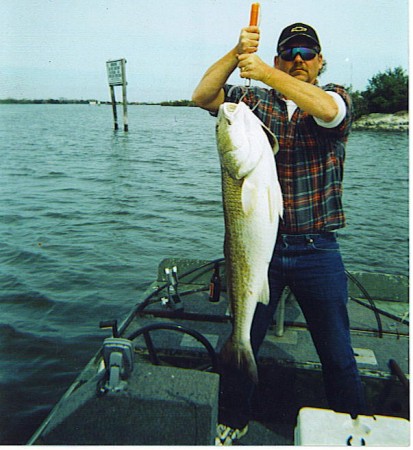 This is one I caught in January, same spot (33lbs).

For those of you who wish to know how to get there. Go past the helicopter pad on LA1. See the sign in the background. Directly across from that, is white rocks or sand for about 20 ft. Anchor around the same spot, and cast w/shrimp on the bottom towards the middle. It's not real fast fishing, but you're most likely to catch Bull Reds, and Drums. 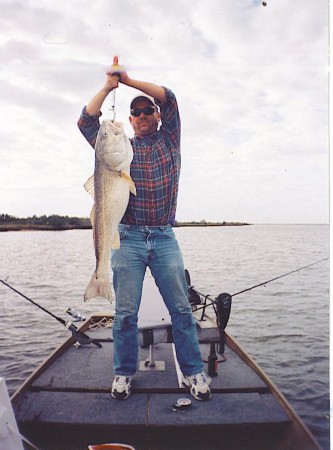 Went fishing out of boudreaux. Monday the 6th, in Bayou Lafourche, and the Bullreds are still there(25lbs).

has anybody herad anyhing on gails bait shop or boudreaux motel

I fished the rocks along the back side Saturday morning and evening using live shrimp and live crockers and cut mullet on the bottom,All me and my wife caught was 4 10 inch specks and hardheads and a 4 foot shark,dont waste your time there

July 01, 2018 at 9:10am
A comment titled: leeville tide in response to a report titled: tide prediction at leeville

look at the caminada pass (bridge)tide and add 2 hours

capt.SS has not filled this section yet.