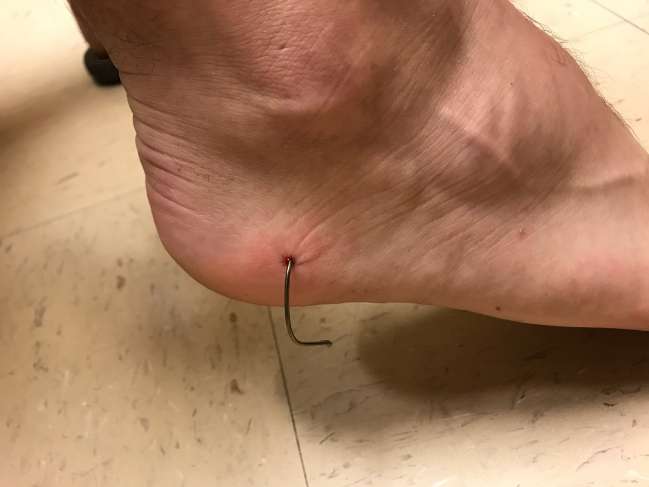 How would you remove this 3/0 kahle hook from your foot? 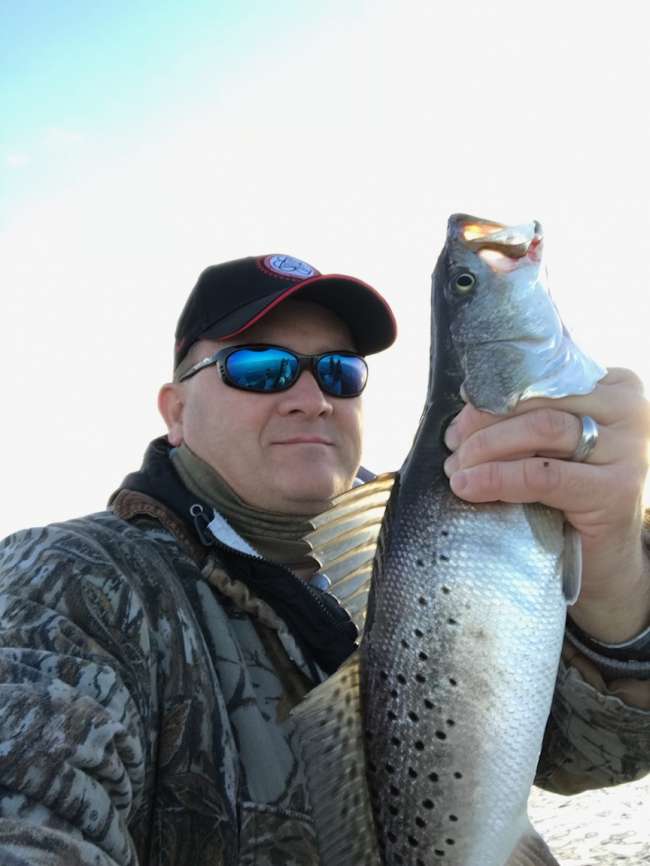 Weather is perfect, fish are biting and they are everywhere. If you can go, now is the time! 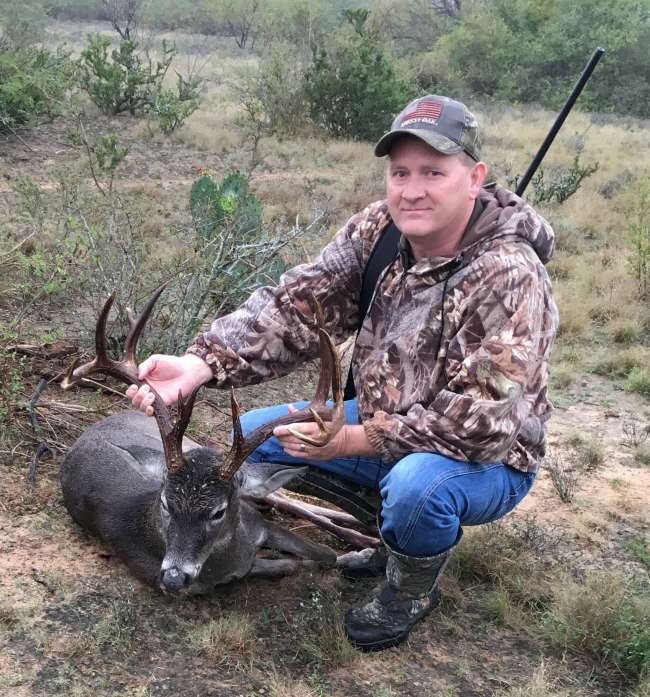 Killed a beautiful 12 pt out in SW Texas on a low fence ranch with some buddies. Taxidermist aged the buck between 8-10 years old! That's amazing! 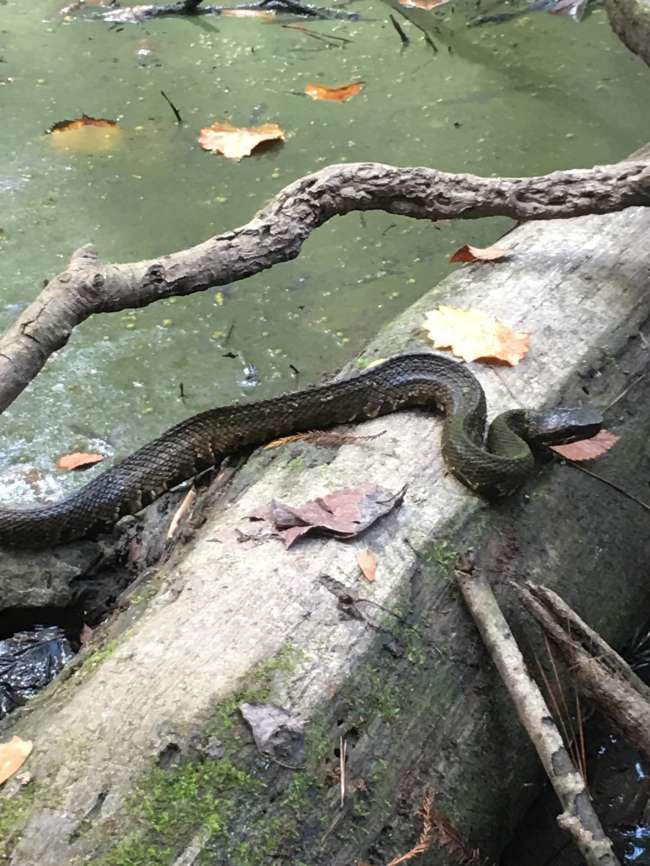 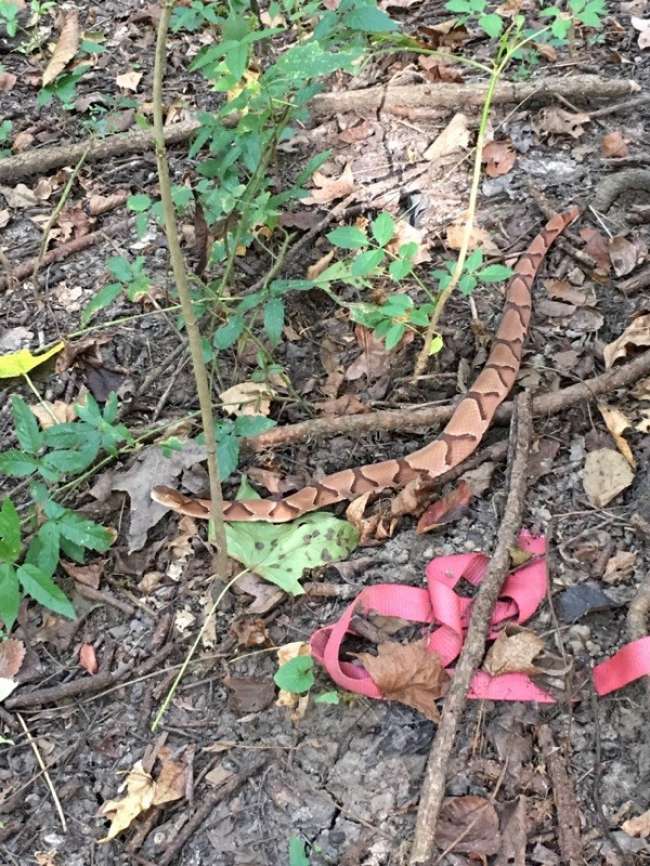 I hunted Sherburne WMA for opening morning of squirrel season for the first time in 8 years.

Nice crisp morning and I bagged a mess of squirrels and was having a great morning..until..

I spotted an old ladder stand thru the woods that someone left from years back. I decided to go take a look at it. I get right up to it and this guy was right at my feet. I took my eye off of where I was stepping for a few seconds while I was looking up at the old stand and looked down to see this bad boy...
Dammit, I decided it had warmed up enough for me and I headed back to the truck..Got one more squirrel while walking out.. 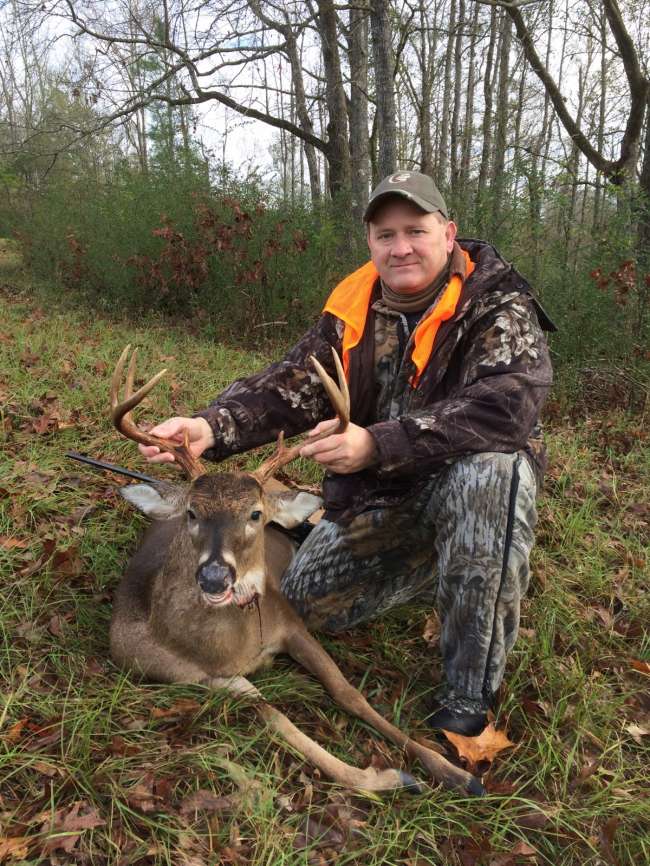 Beautiful 7pt killed on my friend's property in Mississippi. 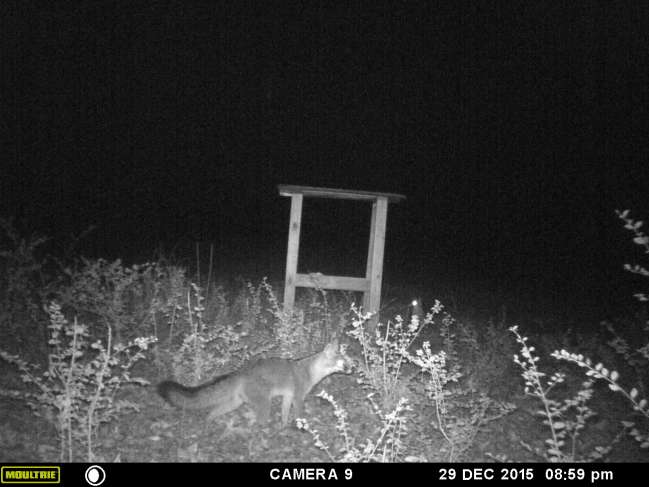 I keep getting pics of these 2 hanging out around the corn pile. 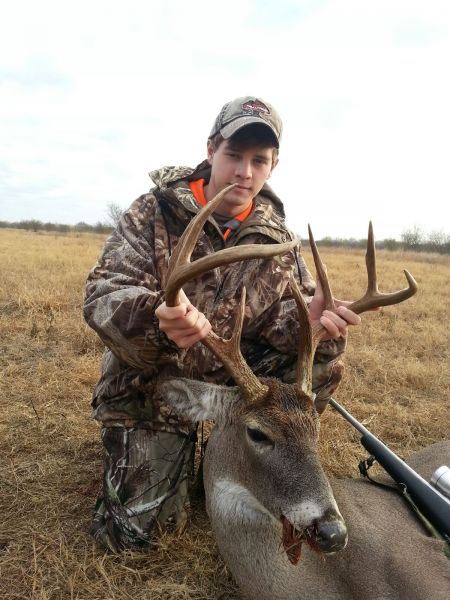 We went on a invite hunt to a open range ranch in SW Texas.

I saw his deer on Friday afternoon and didn't get a shot at it. My son then shot it Saturday morning.

My son saw the 12pt early Saturday morning and he didn't get a shot at it, I ending up shooting it late Saturday afternoon.

Trip of a lifetime. Thanks Keith! 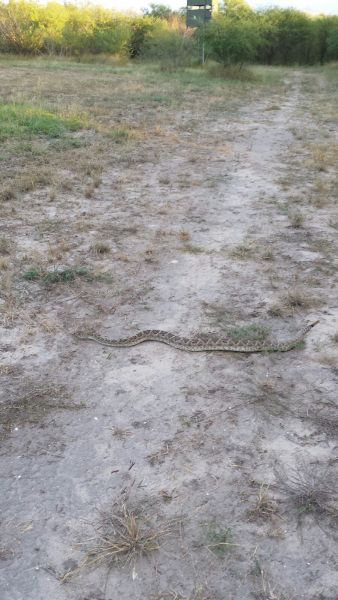 Not exactly what I wanted to see on the way to the stand... 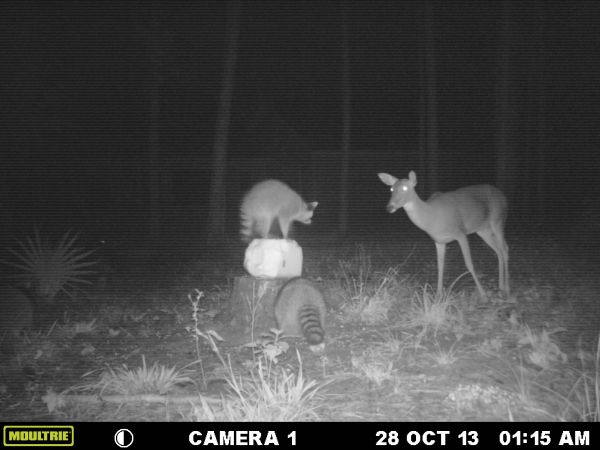 Got this pic last night, single doe and momma coon battling over the salt block 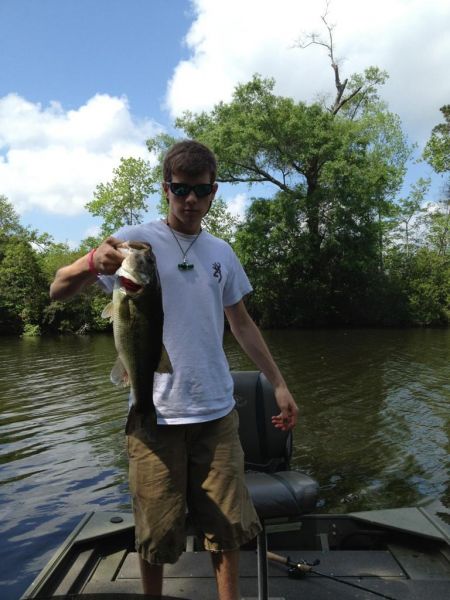 Caught this one in a private lake. 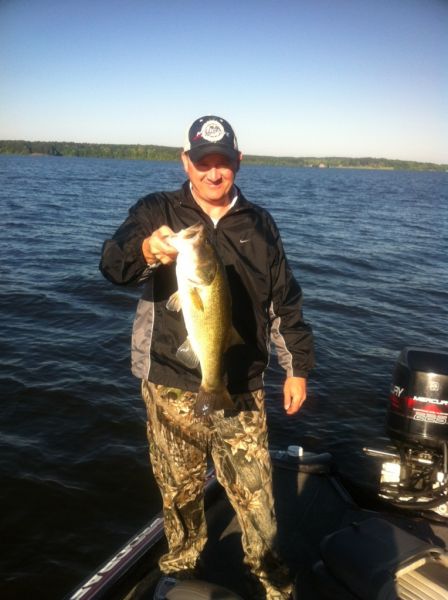 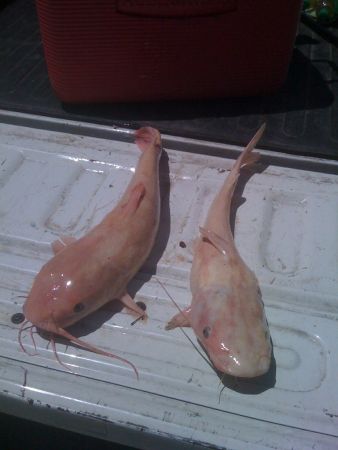 A buddy of mine's daughter caught these two albino cats last night. I took the picture, I wouldn't have believed it if I hadn't seen it myself! 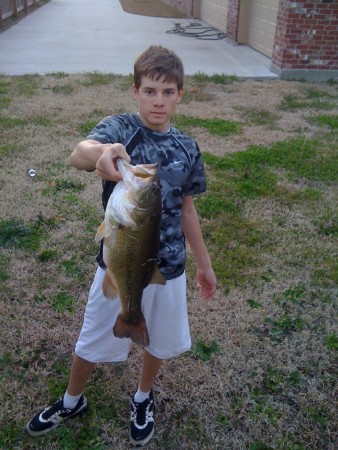 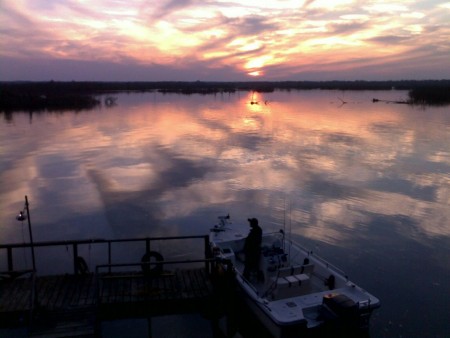 Fished hard for two days on North end of lake. Stained water, temp varied from 52 - 59 in back of creeks. Had 4 bites, caught 4 keepers. Super slow spinnerbait in 4-6 feet of water. 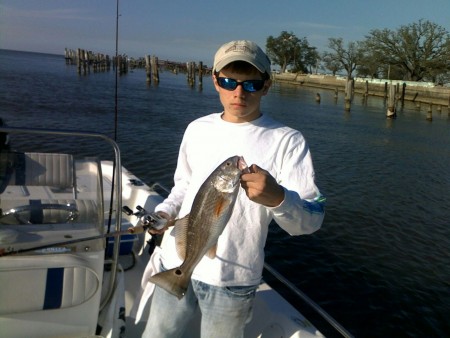 Beautiful day, we had to get out of the house for a while. Fished south shore around Breakwater & Airport. Landed one 16" Red, Water temp 51.7F

Headed to Dewey Wills WMA this weekend to take my son on the youth lottery hunt. Does anyone have a report from the previous year's hunts?
I haven't seen many reports from Dewey Wills this year. Please post any info you have. Thanks. 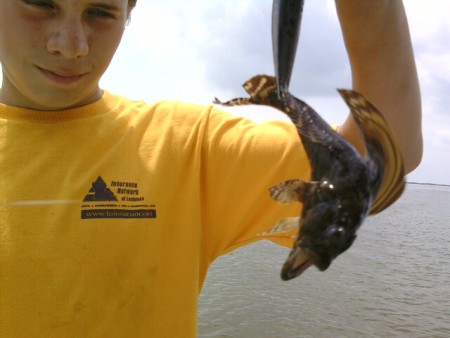 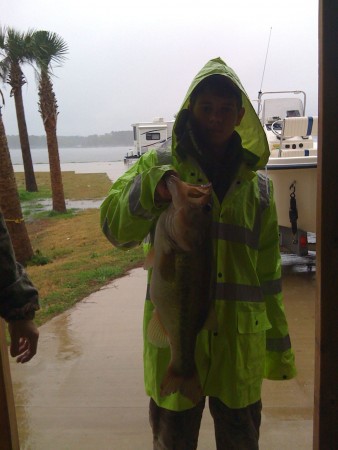 Fished in the cold, wind and rain to get the big one. Weather was was bad but the fishing was good. Released her to be caught again. 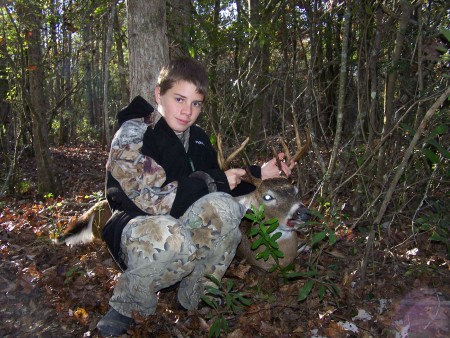 Tanner got his first buck on Saturday. Nice 8 point. He made a great shot using a .260 Remington, only had to track about 30 yards. We're all proud of you!

Voltage is dropping below 12 and causing it to shut off. I had a similar problem before. Check all of your connections / fuse. You might have to rewire to the battery and put in an in line fuse.

Where did you kill this deer? Somewhere North of Alexandria / Pineville?

November 06, 2015 at 7:24am
A comment titled: Causeway in response to a report titled: Saturday at the Causeway

Earlier this week in early AM I passed 2 does that were hit by vehicles. One on I-10W shoulder and one on I-10E median, between Hwy 73 and Highland exit. Both were picked up by mid day.
I hit a spike years ago while headed in to town from the camp around 8pm and called it in to the WLF hotline, they tried to patch me thru to an agent in the area (Winnfield), but after wating 20 minutes for a call back, I loaded it up and took it to the camp. Never did get a call on it.

Where did you harvest this nice buck?

Congrats! That's a great shot on a great buck!

We caught our fish in 4-6' of water on Friday & Saturday. Water temp was 57.5 to 58 in Lanan Creek pockets & coves. Caught majority of our fish on red rattle traps, a few on lizards/crawworms.

March 17, 2009 at 5:11pm
A comment titled: Location in response to a report titled: Causeway Mixed Bag

Just fished the bridge columns from 1 mi to around 4 miles out with shrimp on bottom. Seemed like they were bunched up on certain columns, 2 to 4 fish on them when you would catch one.

Redeye, I've never tried the sand eels, any certain color this time of the year? Last trip out, I had a boat drive up and anchor about 200 yds from me, they were throwing charetuse body with white tail, several used eels floated by my boat while we fished, I didn't see them catch anything.

I was in Fouchon & Grande Isle today. Didn't get to wet a line, I was doing some research. I saw alot of pelicans & birds working on the bay side of the island and talked to several boaters in late afternoon that had 30 to 40 specs per boat. I'll let you know which way I'm going, won't be able to confirm until late this week.

March 26, 2008 at 9:23pm
A comment titled: scattered catch in response to a report titled: Birthday Reds

We fished the south end of the lake, fish were scattered, 2 or 3 fish each location, points, inlets. I did talk to another boat when I was loading up, they reported that they had caught 7 fish over 40lbs fishing the main ship channel rocks at the gulf inlet, using finger mullet.

fishin fanatic has not filled this section yet.